The story behind the goods at Iron Grate BBQ Co.

You still think a smoke ring is what makes great barbecue? Think again. There's a whole lot more that goes into the art of 'que. Here's the story behind some of Milwaukee's best at Iron Grate BBQ Co.

There’s always a story behind the foods that chefs create in their kitchens. In the case of Chef Aaron Patin, owner of Iron Grate BBQ Co., the story begins in the South.

Patin happens to have been born in Houston, Texas, where barbecue is about as ubiquitous as it gets. But, it was his experience of southern cooking, more generally, that helped to shape the vision for Iron Grate BBQ.

"When I was 19 or 20, I worked for a restaurant on the South Side of Chicago, the Maple Tree Inn," notes Patin. "Back then, I didn’t appreciate it because I really wanted to get into fine dining. But, it was there that I learned how to smoke meat, and how to get to that rich, soulful piece of Southern cooking."

The experience also set a bar for what Southern fare should look like. 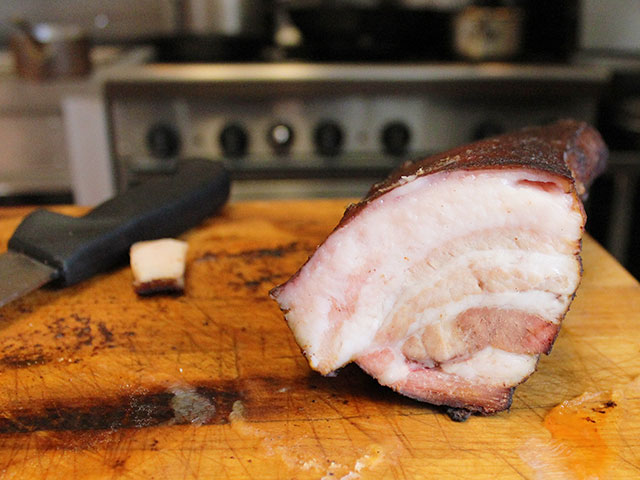 "From that point on, if I’d go out to eat at places that did Southern cuisine, it was never as good," he says. "From grits to crawfish etouffee, I became infatuated with showing people the difference between good Southern dishes and the rest of what was out there. And I spent time cooking it and really working on the flavor profiles."

Along the way, Patin also found himself working in Nashville, a city not yet famous for its food but where a restaurant called Arnold’s Country Kitchen – a restaurant serving up "meat and three" (a protein with the choice of three sides) – was the first place of its kind to receive a James Beard Award.

"There were only a handful of good restaurants in Nashville at the time, and they really stood out. They were the staple and it’s where everyone said to go for barbeque," says Patin. "It wasn’t this chef driven place that would blow your mind. But, it was comfort food. Nothing was over thought; but everything was consistent and solid and done right."

Fast forward 10 years and Patin found himself involved with a chef networking event called "Butcher & Booze." Hosted by farmers Kim Snyder and Roger Marcotte, the event created an opportunity for chefs to connect with the farmers, while learning more about their craft.

"The event was always on Kim’s farm. Each year we’d kill and butcher an animal, and then there would be a potluck," notes Patin. "Every year I’d come a little earlier and stay a little later, and eventually I got involved with the planning for the event."

Marcotte, who has an eye for building, eventually came up with an a-frame rig for smoking meats, which was used for cooking meat on the farm. Subsequently, he worked with Patin to come up with a stove/oven/grill combo which allowed the chefs to cook everything for the meal outdoors.

"As we started building the rigs on Kim’s farm, that’s really where my love for live fire cooking came to be," says Patin. "Being a part of all of that – particularly the family dinner that came at the end – I learned that there weren’t a whole lot of chefs out there who could cook a whole meal on a fire. And that’s when I really started to pay attention, and I made up my mind to perfect the art of wood-fired cooking."

The love of fire

At home, Patin uses three tools to assist him in the endeavor: a small smoker, a wood burning oven and a five-foot rotisserie spit. At Iron Grate, he uses "Edna," a large outdoor smoker Marcotte built for the restaurant. 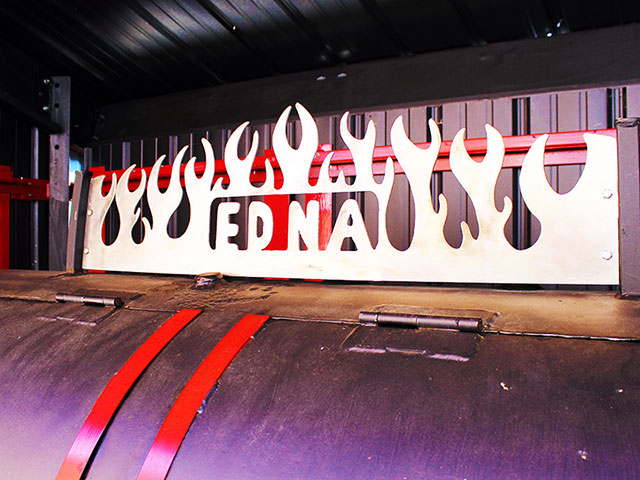 "Cooking in the wintertime on a live fire made me realize how much I loved it," says Patin. "Rain or shine, winter or summer, it’s just where I want to be."

And, despite the number of "how to" guides and books on wood smoke that exist in the world, Patin says the technique isn’t as easy as it seems.

"It’s actually extremely difficult because it’s not like an oven where you set the temperature and walk away," he notes. "You really need to pay attention. And equipment matters. The length of the tank, the height of the smokestack, they’re all things that impact the cook."

And, despite what you’ve heard, great smoked meat isn’t about the "smoke ring."

"People look at a smoke ring and say ‘good barbecue,’" says Patin. "But, using nitrates and water and you can get a smoke ring in the oven. So, that’s really not an indicator of quality."

Flavor and moisture content is, however. And that’s something Patin is working to master. He notes that, although he’s gained a great deal of comfort with cooking with live fire, he’ll always be in the midst of a learning process.

"Every day is an adjustment," he says. "I have to learn the wind, the ambient temperature, the moisture of the wood. I love the challenge of it all, the goal of which is producing really great food."

What you must try at the inaugural Big Gig BBQ