What you must try at the inaugural Big Gig BBQ

From smoky ribs to savory brisket, barbeque lovers are sure to find a favorite among the offerings from ten barbeque vendors at the Big Gig BBQ on Sept. 4. But, with so many options, which ones should you be sure to try? We asked the vendors.

Summerfest is rolling out the barbecue at the inaugural Big Gig BBQ, which will be held on Sunday, Sept. 4 at the Henry Maier Festival Grounds. From smoky ribs to savory brisket, barbecue lovers are sure to find a favorite among the offerings from ten barbecue vendors at this unique festival.

But where do you start? We asked each vendor to reveal the "must try" among their offerings. And this is what they told us.

"This is a no brainer! It’s also the 'must try' at our restaurant: the burnt ends. They are the outside cut of the beef brisket smoked in applewood with our house rub and tangy West BBQ Sauce." – Mike Tsuchihashi 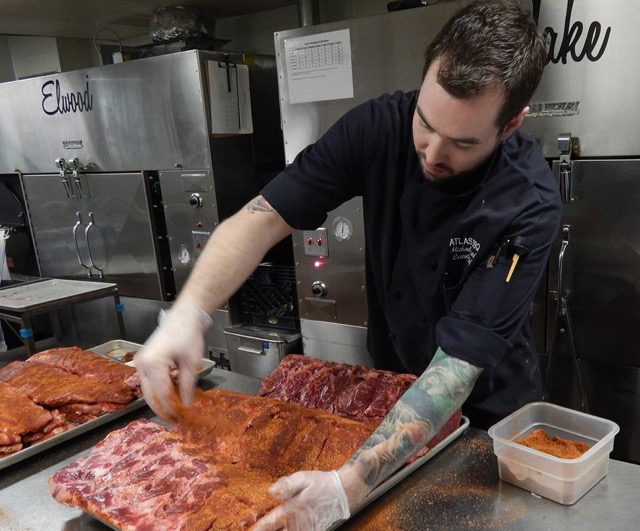 "Our BBQ ribs are a must try. They are cooked in our own special brine, then grilled directly over oak wood flames with caramelizing Sweet Baby Rays BBQ sauce. For those who are not a fan of BBQ, our fresh rotisserie chicken is sure to please. It’s cooked on our rotisseries and grilled fresh over our oak wood flames." – Randy Ortloff

"Our must try item on this menu would be our Memphis style baby back ribs. Like our pulled pork, the ribs are dry rubbed and then hickory smoked (real wood fired) to perfection. They are served without sauce so you get the full flavor of the meat and not barbecue sauce. However, we do make all their own sauces, and they are quite fantastic and will all be in attendance. The other great item is our Milwaukee style smoked chicken wings. These our perfectly seasoned and hickory smoked, then deep fried to become crisp full body flavored wings." – Judy Timber 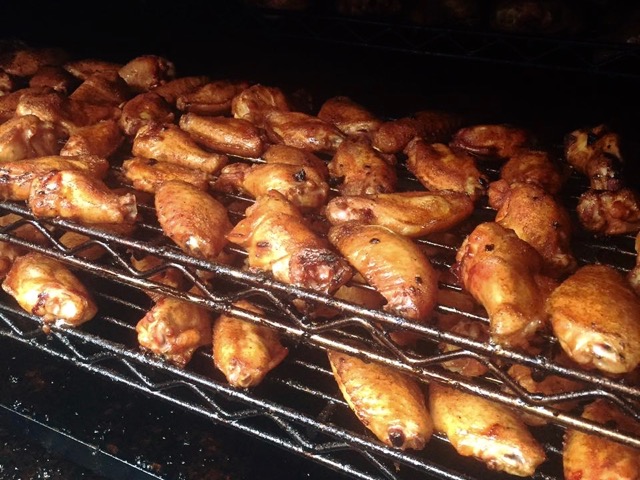 "Famous Dave's St. Louis Style Spare Ribs are hand rubbed with a special blend of seasonings and smoked for four hours. The tender ribs are finished on the grill to caramelize the sauce." – Pete Benedict

"Our signature dish is, of course, the North Carolina pulled pork, and our Texas style brisket is excellent, but I am particularly excited about our hot link sausage. Made in-house, it's spicy, smoky and, because we are Sconnies, it's got jalapeno cheese in it! Seriously good." – Dan Sidner 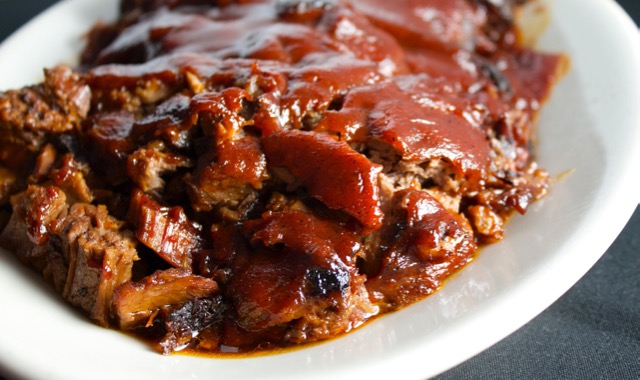 "Besides our BBQ ribs that we have served in Milwaukee for over 70 years, I would suggest Pitch's BBQ nachos. They have Pitch's BBQ rib meat over corn tortillas, cheddar cheese sauce, jalapenos, black olives, scallions, sour cream and salsa. It’s a large portion, great for sharing. It was also a huge hit at Summerfest and State Fair 2016." – Peter "Pitch" Picciurro 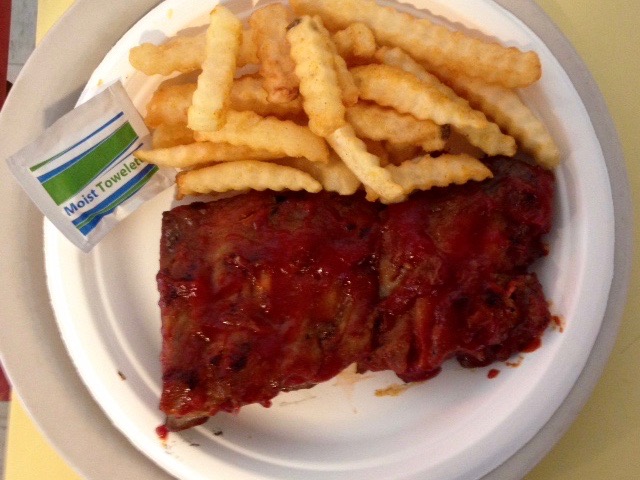 "A fast favorite on this year's festival scene, the hardwood smoked chicken thigh begins its journey in historic Walker's Point, soaking in a bath of apple cider brine. Subsequently rinsed, the juicy thighs then undergo an extended smoke time with apple wood and a little TLC before being grilled to perfection, brushed with Saz's Original BBQ Sauce and served alongside Saz's signature ranch beans and creamy coleslaw." – Kristal Kaiser 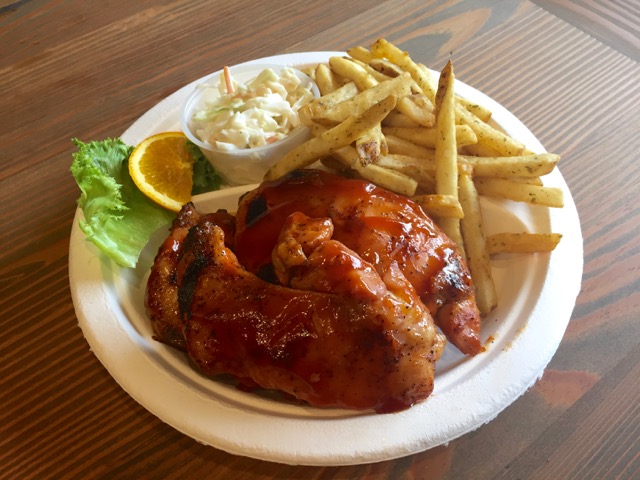 "A must try is our Silver Spur hot wings! They are lightly smoked with oak and hickory, fried crisp and tossed in our special hot sauce. One of a kind!" – Frank Hornick

"Smoke Shack's must try item will be our brisket taco with 14-hour smoked brisket on a flour tortilla served with corn pico de gallo, red cabbage and Alabama white BBQ sauce. It’s completely unique. We are taking traditional BBQ and marrying it with cuisine you wouldn't normally associate with it." – Chef Alex Sazama 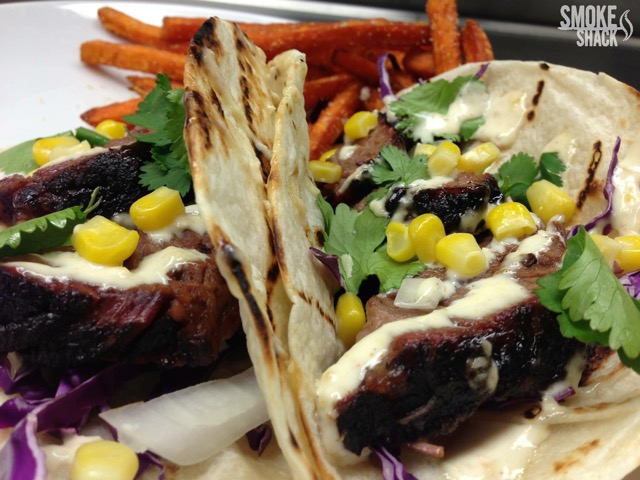 Of course, if you’d prefer not to decide, there’s always the VIPig pass ($30), which includes one Big Gig BBQ general admission, free parking, four (4) two-ounce barbecue tastings from any vendor, four (4) three-ounce beer tastings, and a keepsake laminate and lanyard.

Options for VIPig sampling include:

General admission for the Big Gig BBQ are $15 each and include access to all barbeque vendors as well as live entertainment. The VIPig pass for $30 includes free parking, admission and barbeque and beer samples. A third option is the Entertainment VIP Package, which includes free parking, one Big Gig BBQ general admission and one admission to the north side of the Big Gig BBQ VIP Deck where you can enjoy a great view of the main stage. VIP Entertainment package holders also receive two (2) complimentary beers, light snacks, and unlimited soda and water while on deck. Tickets are available online while supplies last.

The story behind the goods at Iron Grate BBQ Co.