Sweet, salty, bitter, sour: It's all about flavor at Bad English

As the food truck fleet continues to grow in Milwaukee, we're seeing not only more creative fare, but more globally inspired cuisine. Among the newest trucks to introduce something new to the scene is Bad English Asian Kitchen.

It’s been more than a decade since the first food trucks began cropping up in Milwaukee. Today, the city has a thriving food truck scene with plenty of gathering places to get your daily fix, plus the new Zocalo Food Park on the way.

And – as the food truck fleet grows – we’re seeing not only more creative fare, but more globally inspired cuisine. Among the newest trucks to introduce something new to the scene is Bad English Asian Kitchen, a food truck that’s taken up residence on the patio at Boone & Crockett, 818 S.Water St.

The truck is operated by industry veteran Juneil Cabreza, which offers a menu of Asian-inspired dishes, many of which incorporate the flavors of Cabreza’s birthplace, The Philippines.

Everything on the Bad English truck is dairy and nut free. In addition, dishes are flexible. Remove the meat, the dish becomes vegetarian. Remove the egg and it’s vegan. Each dish also showcases a classic balance of Filipino flavors: sweet, salty, bitter and sour.

That includes Filipino-style eggrolls (lumpia) are served up with a rotating selection of vegetable-based fillings ($5) and a rock-star of a burger, the likes of which you’ve never tasted.

It features a beef-based variation on Longanisa, a Filipino sausage that’s seasoned with vinegar and a collection of salty, spicy, sweet ingredients). The patty is seared over high heat, caramelizing the sugars in the sausage and giving the patty a crisp exterior that contrasts nicely with its tender interior. 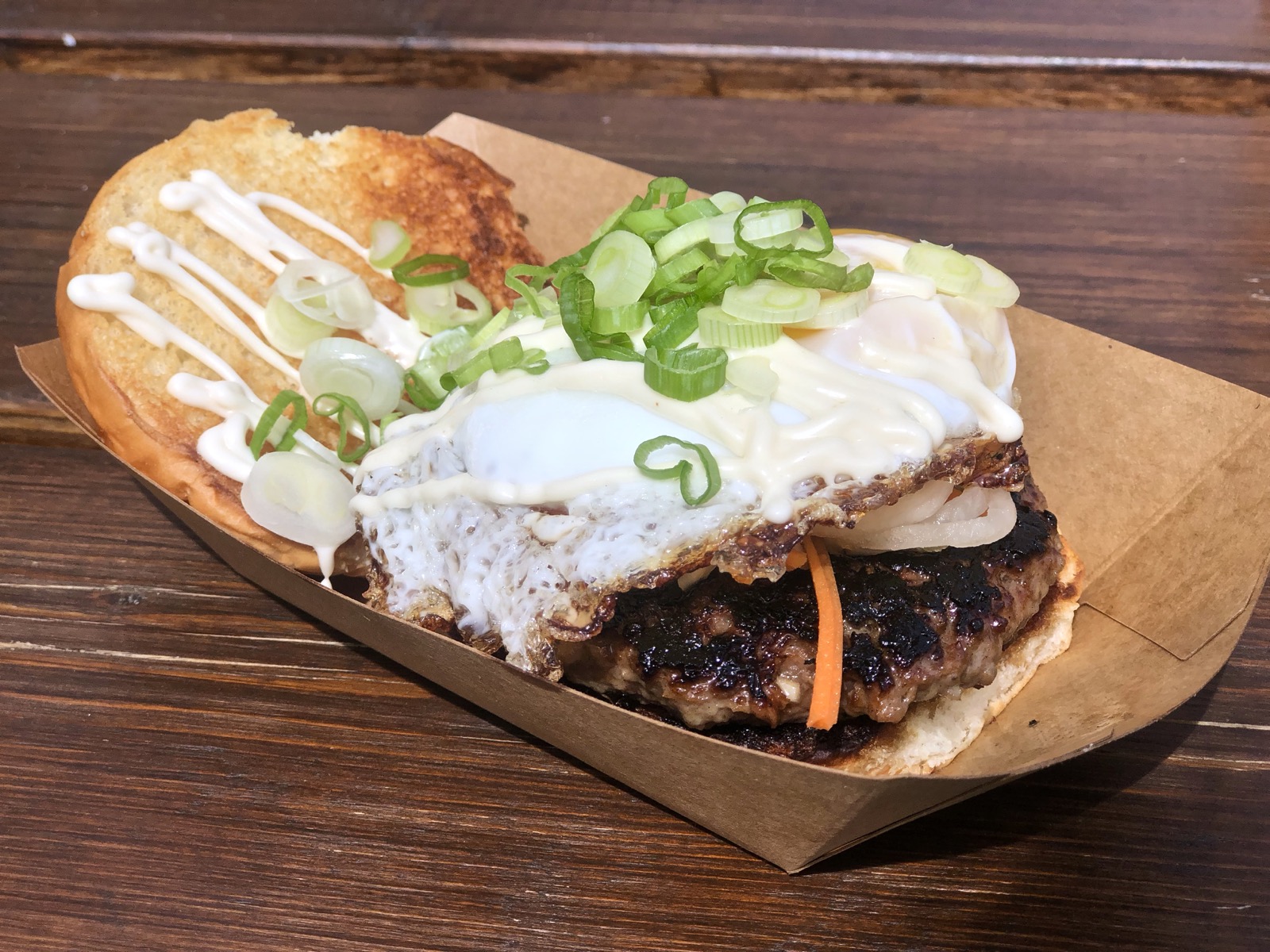 The burger is topped with a crispy fried egg that adds not only a rich saucy element to the burger, but also a crisp crunch to every bite. That’s topped off with green onions, pickles, garlic aioli and served on a sweet Hawaiian roll ($8).

It’s unavoidably messy; but also irresistibly delicious. And thanks to its hybrid ingredients, it’s probably unlike any other burger you’ve tried.

"None of the food, with the exception of the burger, is made to be heavy," notes Cabreza, pointing dishes like street-style noodles, a cold dish featuring ramen-style noodles with a complex sweet and spicy tamarind-based sauce and crisp raw vegetables ($8).

"It’s essentially yakisoba,’ he says. "But I’m using a Thai-style sauce. It’s great for the hot weather. It’s spicy enough to make you sweat and cool you down."

There’s also garlic fried rice made with a combination of sushi, black and purple rices flavored with a pungent garlic shallot paste ($6).

The rice forms the foundation for heftier bowls like the beef rice bowl featuring steak marinated in a citrus-soy marinade, house pickles made with green papaya, daikon, carrots and onions and a fried egg that’s ultra-crisp on the edges and underside but creamy with a rich, creamy sunny-side-up top ($10). 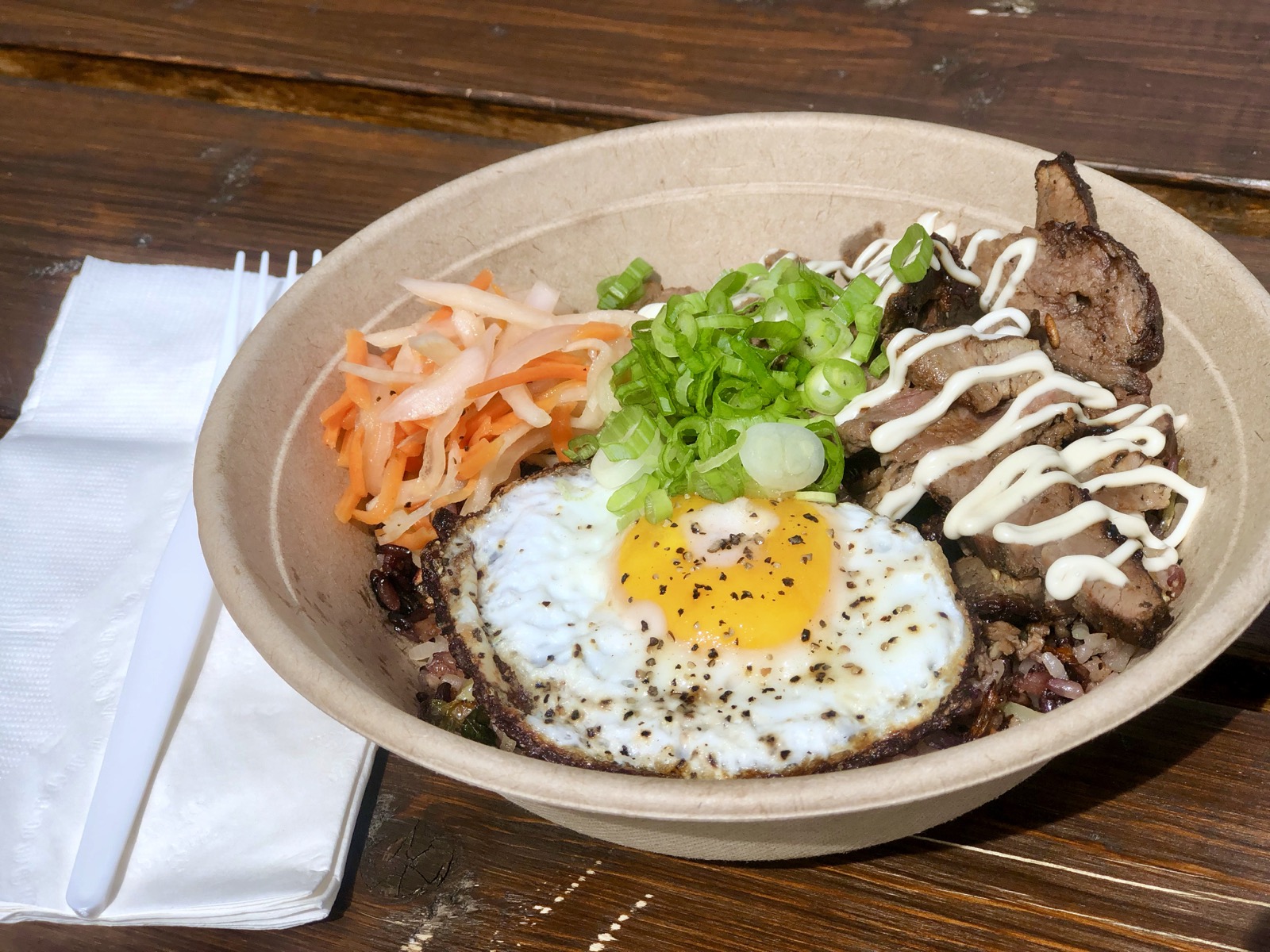 A chicken variation of the same bowl features chicken marinated in Filipino adobo (soy and vinegar) for $9.

"This is really comfort food for me," notes Cabreza. "I grew up with these flavors – garlic, vinegar and sugar – But I really wanted to be able to showcase, not only the flavors of the Filipino food I grew up eating, but also flavor profiles a variety of Asian cuisines. It really reflects where I’ve been … and what I’ve learned over the years."

From the Philippines to Milwaukee

Cabreza was born in the Philippines, but he and his family emigrated to the U.S. by way of Los Angeles when he was 5 years old. By the time he was 7, his family had relocated to St. Francis. And it was his immigrant experience that inspired the name for the truck.

"When you look at a menu that’s been translated from any language into English, it’s always really bad," Cabreza notes. "On menus at Asian restaurants, there are always words that are spelled oddly or that don’t really translate. That’s really the story of my life.

"There are so many layers to being an immigrant in the U.S. When I came to the U.S., I didn’t know English … and I always had a really hard time with phonetics. To me, if there’s an 'f' sound, it should be spelled with an 'f,' not 'ph' ... All the arbitrary rules of the language … it just leads to … bad English." 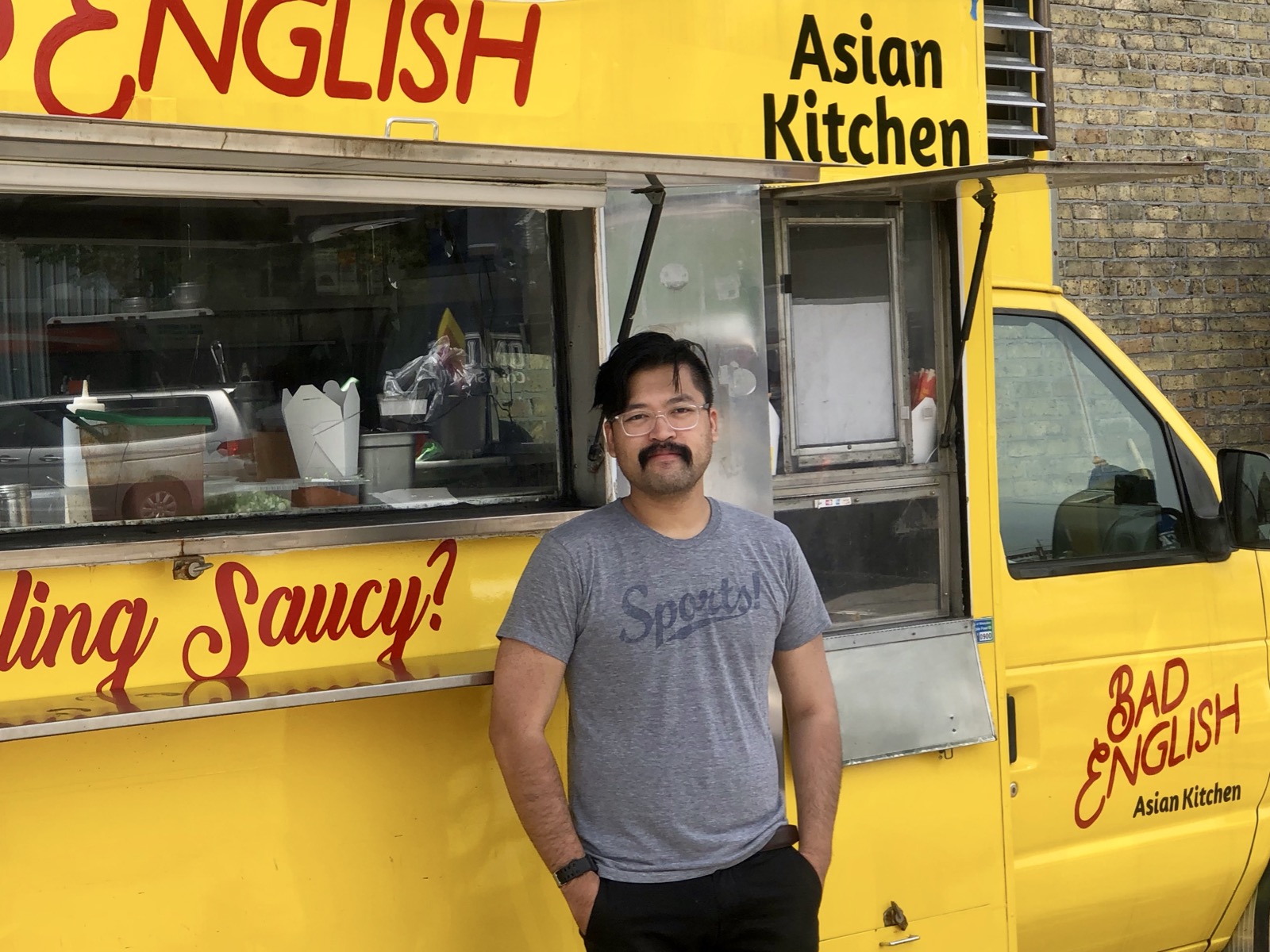 Cabreza’s background includes a degree in French pastry from the Cooking & Hospitality Institute in Chicago, as well as work at a diverse collection of restaurants including Izumi’s, Tenuta’s, Honeypie, AP Bar & Kitchen and most recently Stand. Eat. Drink. Hospitality Group venues including MOVIDA and Hotel Madrid.

"I was educated in Japanese food at Izumi’s. And while I was there, I worked with a woman from Thailand who taught me a great deal about the flavors and techniques in Thai cooking. I’ve been saving and building up a collection of recipes for the past few years with the intention of opening a restaurant in Bay View," notes Cabreza.

But when the opportunity arose to use the former Paella Police truck arose, he took full advantage.

"In the end, I’d still really like to open up my own place," Cabreza says. "But this gives me the freedom to cook what I want, throw ideas up in the air and really get a feel for what people like and what makes sense."

"This isn’t about success or failure. It’s about fulfillment. This is a really intimate way for me to share flavors that are comforting and familiar to me. I’m right here in front of you, cooking for you, hopefully making you happy."

Bad English currently serves Wednesday through Friday from 3 p.m. to close, Saturday from 1 p.m. to close and Sunday from 11 a.m. to 6 p.m. on the Boone & Crockett patio. You can also find a selection of Bad English dishes in the Oasis at The Mothership in Bay View.