Since 2009, "College" Dave Mikolajek organized barhopping events to some of Milwaukee's least-known bars and followed up with stories for OnMilwaukee. Last month, he and his crew went on their final adventure and dug up some great stories.

Hello all and welcome back to the antics of me and my crew shuttling around town, digging on some super cool spots and later loving little stories that we tell about them.

That's what it's all about: the stories, the people and the places that bring Brew City together as one awesome and close social unit. Last month, we went on the final pub crawl of many – the "Swan Song" if you may – and it took us to J&B's Blue Ribbon, Gator’s and Fred's Fast Track. 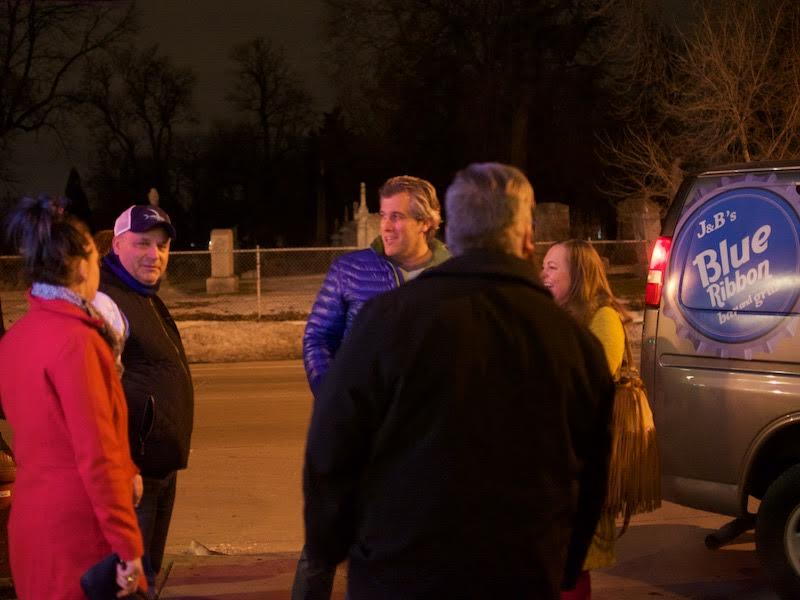 Two motorcycle mechanics, Jon Bliesner and Bob Schindel, tended bar for Paul Wong at Long Wongs. A few years later, after Paul's health took a bad turn, they ended up buying the place from him and renamed it J & B's Blue Ribbon. This is a very dynamic place with a cool, loungy bar, two bowling alleys in a basement game room and hall, and a decent-sized dining room for customers to enjoy their delicious pub fare. 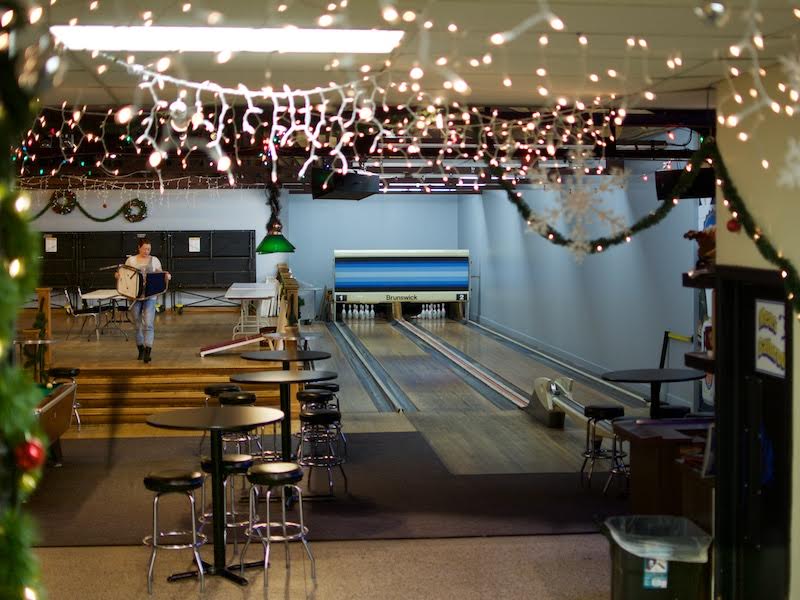 The building has a very rich history as well, housing Schlehlein's from the early 1900s to the middle 1990s. Back then it focused more on fine dining and also had eight bowling lanes downstairs. Also, on Sunday nights, it offered live entertainment including an Elvis impersonator.

Back in about 1993, my friends and I would go check out Elvis and his funny following. It was trippy, man – honestly – but so entertaining, too. The old ladies, like a dozen of them, would watch the Elvis guy and completely break down. We'd watch, take it all in, and freak – trying so hard to hold in our laughter. Does anybody have a velvet Elvis I can buy?

Back to J & B’s … Today it is doing a very respectable business because of the hard work of its staff and proprietors. I asked John what made him want to pull the trigger and purchase after being Paul Wong's Bar Manager.

"Because of what I was able to learn from Paul ... plus the great history of the building and what it still has to offer," he said. "Also, I got a chance to see a lot of old pictures and meet Mr. Schlehlein. I like the place." 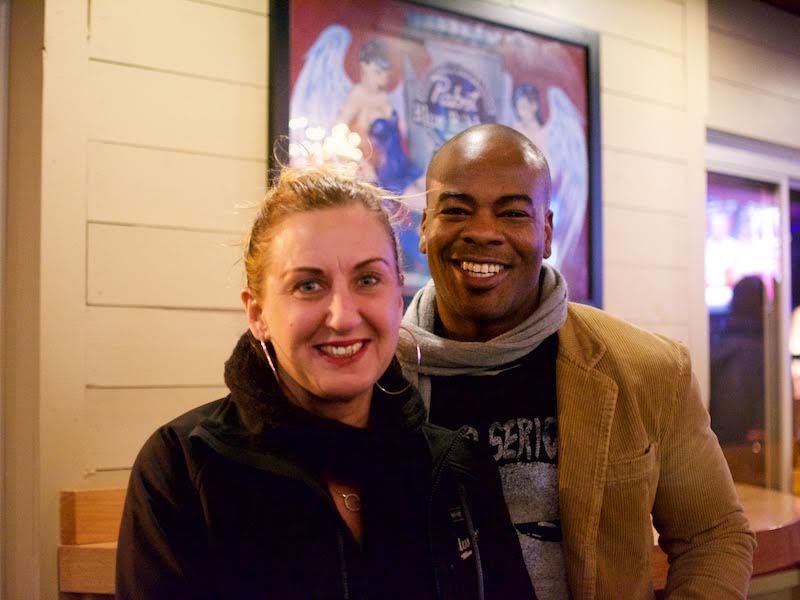 Well, we liked it, too. And it was especially kind of Bob to drive us around in their shuttle for the pub crawl. So stop there. Have a PBR or something else to drink. Eat the food. And if you're planning to go to a Brewers game this summer, take advantage of their free shuttle which is a courtesy to their customers like we did. Thanks, guys.

I've come across this off-the-beaten-path place a couple of times in my life. The first was in 2005 when my Aunt Michelle had a party and my cousin "Greggors" and I decided to grab a cold brew across the street. We liked it.

Later on in 2013, I popped in with a woman I was dating who had just moved a couple blocks to the south. That night, as we were sitting at the bar listening to some Maynard Ferguson, I could also hear a familiar voice. And sure as sawdust, I looked over and recognized the locally famous Mickey, the old bartender from Snugs in the Shorecrest Hotel from back in the day. He had worked and was friends with my old boss, Angelo, and I was more than honored that Mickey remembered me.

For the last few years, I kept Gator's in the back of my head in case I was ever given the chance to write for OnMilwaukee again. It's always been neat to me and I was always curious. So now that I've thankfully been given the opportunity, here it is. 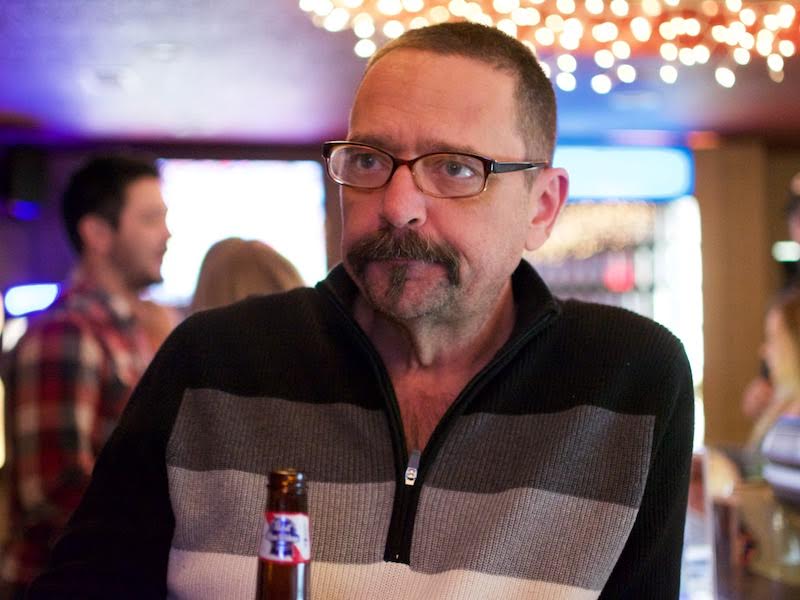 Dennis Bratel, who previously owned Bratel's Magic Bar in Cudahy (hey) purchased the former Gin's Inn back in 2004. Since then, he has grown a steady day- and night-time following. Somewhat of a shot-and-a-beer place, he also has a nice variety of import beer. A really big mug of Oktoberfest will run you $8 and a smaller, more average size mug of PBR will only cost you a buck.

Before 1947, the building housed a butcher shop. Later, a bar was added to the south wall turning it into a tavern instead. However, in 1966, that changed when the oval bar – which was in what is now Blu in The Pfister Hotel – was moved to this building.

"It only took the workers one day to tear it down from The Pfister and re-set it up here. The coolers and stainless steel, too," Dennis said.

So with a cool story like that, I can only imagine how many different types of elbows have rubbed against this bar top. Either way, all aspects of Gator's from the staff to the stories to the clientele and tunes made it a more than worthwhile trip and we'll be back.

One day I was heading north on South 68th Street from the American Science & Surplus store and noticed a tavern that I never had before. Baffled by this, I made a mental note to return because there was something somewhat special about it. 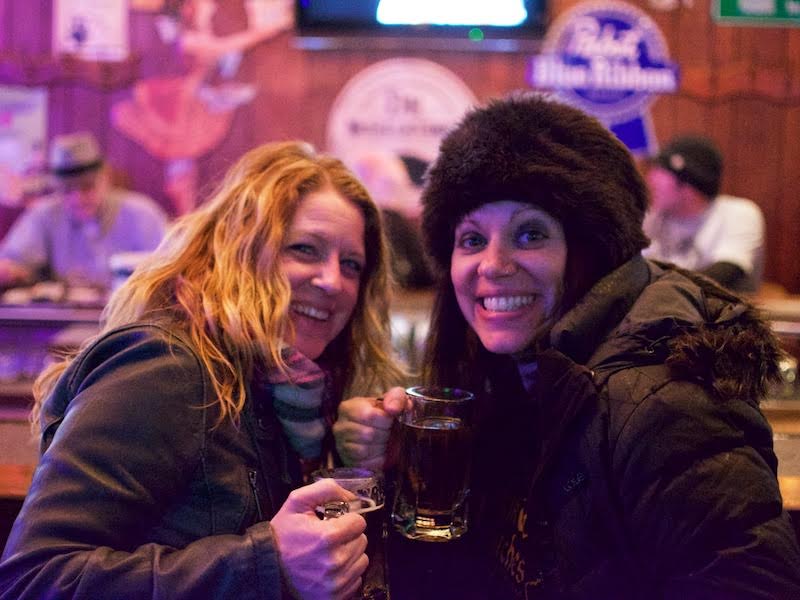 Also, something about it reminded me of Jamo's, my favorite East Side spot. This place was exactly what I had always wanted to write about: a search that I thought would never end – until now. So a while later, I finally checked it out and I loved it like a child loves "Sesame Street."

Shortly thereafter, I was questioned by a friend at OnMilwaukee about whether or not I had ever thought about doing another Barhopping story. With Fred's so fresh in my mind, my answer was a quick "yes." And what better way to go out than writing about the very tavern that I had always subconsciously been looking for? 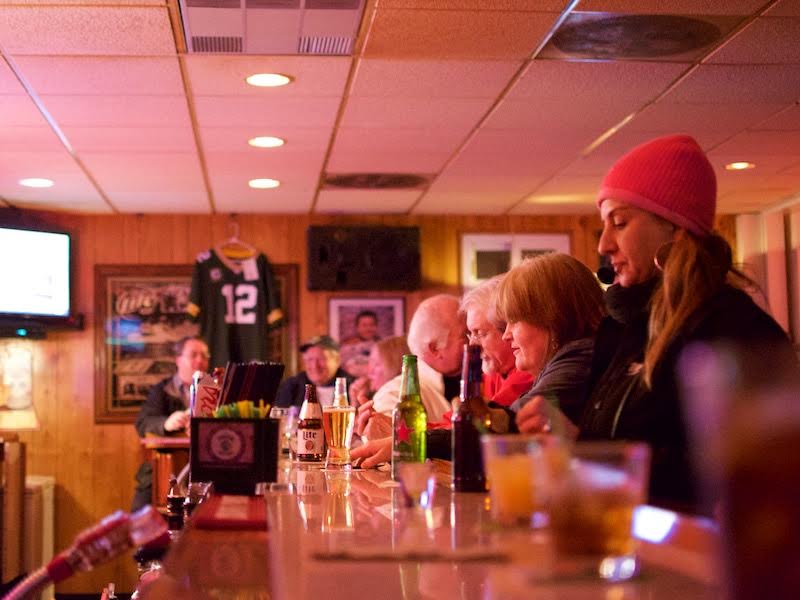 Fred Werner bought the former Mitten's in 2002 after they divided his union at his machinist job which put him out of work. He got into the bar business thinking it would be easy. Also, at the time, he thought he was too old to get hired and too young to retire.

How hard could operating a small tavern with a little pool table room be, right? 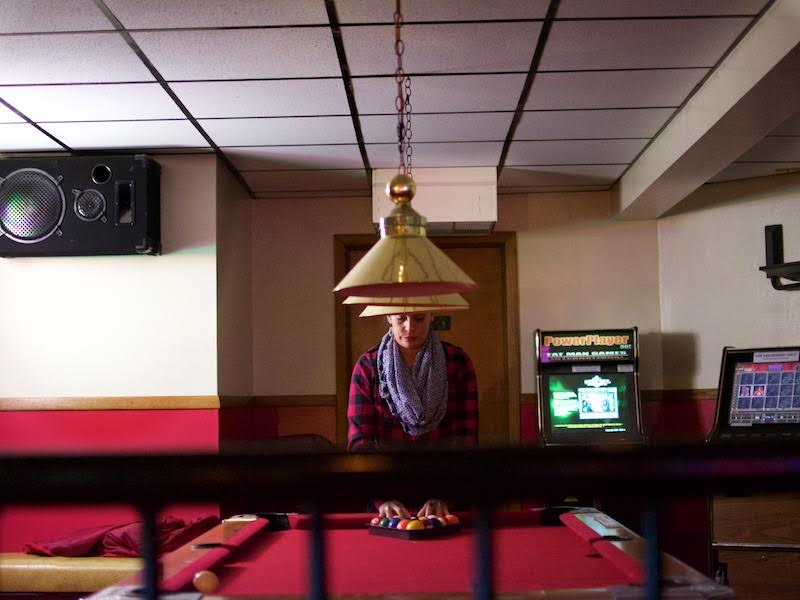 Well, looking back now, he admits, "I had no idea what I was getting into because it all looked so simple. I learned it wasn't. But I have been blessed with my customers and staff over the years."

My crew was blessed with them, too. Friendly and fun, 15 or so of us were treated like long, lost friends. Sabbatic barkeep Libby Merline even brought Biju Zimmerman "off the block" (this is an inside joke) along with Caroline Hands, a Tullamore Dew Brand Ambassador from Cork, Ireland, to meet up with us here. It was a time and a place that none of us will ever forget, so I highly recommend that you visit Fred's with some of your friends, too. Its simple setup offers a long bar to the left when you walk in. A couple tables and a fireplace (where Erin and Aaron sat) to the right, as well as a room with a perfectly placed pool table. There's a comfort here like home. Trust me.

Thank you, Melissa, for serving us so well. Thank you, Fred, for having such a great place. And thank you, OnMilwaukee, for the opportunity to write about this magical spot and all of the other cool joints since 2009. Best to all and be safe. 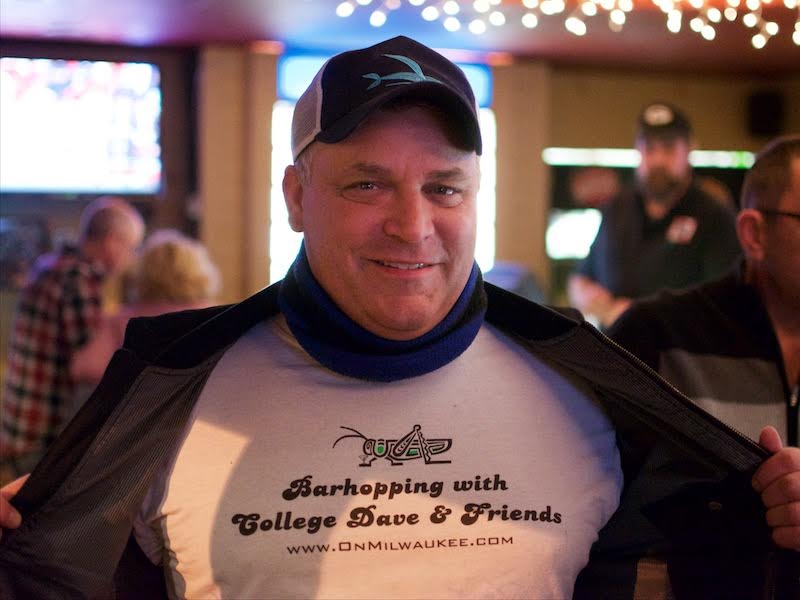