It seems the foodie-filled slate at the Mequon Public Market just keeps getting better and better. Today, yet another tenant for the much anticipated new North Shore market was announced. And it's a doozy.

It seems the foodie-filled slate at the Mequon Public Market, which will be located at 6300 W. Mequon Rd., just keeps getting better and better.

Today it was announced that yet another impressive venue, Bavette La Boucherie, will open a second location in the new 10,000-square foot market, which is expected to house approximately ten tenants.

The innovative butcher shop and restaurant joins an already impressive slate of businesses including Anodyne Coffee Roasting Co., Beans & Barley, Cafe Corazon, and Purple Door Ice Cream. If you’re doing your math, that means there are still about four or five tenants left to fill out the market’s roster.

Chef Karen Bell opened Bavette, a modern take on the neighborhood butcher shop, opened in the Historic Third Ward in 2013, offering a selection of sustainable, locally raised meats, Wisconsin cheeses, regional charcuterie and a selection of artisanal accompaniments. During its tenure, the venue has contributed to increased demand for high quality, sustainably sourced proteins while cultivating an appreciation for traditional methods and personalized service.

The cafe portion of the restaurant has also assisted in raising the bar for simple, casual fare with its impeccable charcuterie, skillfully balanced salads, inventive sandwiches and artful entrees. In fact, Bell’s work has earned her much acclaim, including a nomination for the 2018 James Beard Foundation Award for Best Chef Midwest. 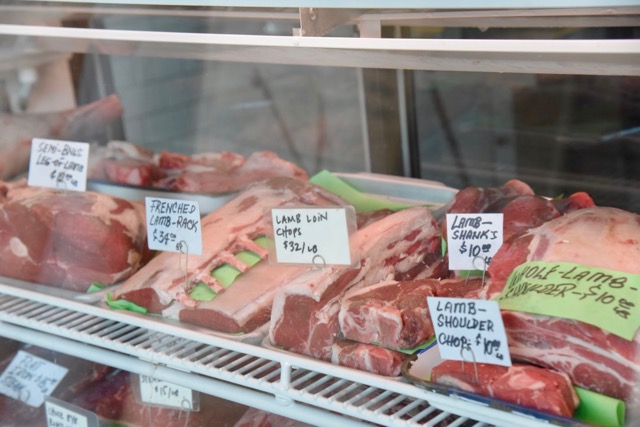 The combination retail shop and restaurant – which has since been implemented by other venues like Birch + Butcher – not only allows for increased creativity in the Bavette kitchen, but also a low-waste model of operation where whole animals are treated respectfully and utilized to the greatest extent possible.

Bell, who has been contemplating a second restaurant location for some time, notes that her decision to join the Mequon Public Market was the result of a great deal of careful thought and consideration.

"I really believed in the vision that Spur 16 had for the market," Bell noted in a release. "That, along with the presence of the other vendors – all of whom I respect enormously – made it an easier decision. It is also special in that my parents, Nancy and Darryl Bell, live in Mequon and it was our family dinners that helped inspire me."

Bell says that the Mequon location will feature a similar menu to the current Third Ward restaurant. However, there will be some key differences in terms of the venue’s retail offerings.

A smoker at the Mequon location will allow for the diversification of both retail offerings and menu items, which will be expanded to include house-smoked bacon, sausages, hot dogs, landjaeger, brisket and pork shoulder. There will also be an expanded menu of grab-and-go offerings.

"We are excited to become a part of the North Shore community and look forward to joining the already great businesses that are in the area," she adds.

The Mequon Public Market is part of a larger mixed use development called Spur 16. Plans for the development include a fish market, oyster bar and sit down restaurant from St. Paul Seafood Company as well as town homes and apartment buildings.

According to Cindy Shaffer, owner of Shaffer Development LLC, construction is well underway on the project. The commercial buildings at Spur 16 are expected to open before the end of the year with town homes following in January 2019 and the apartments in three buildings the following summer.

"Bavette is the perfect addition to this group and our community," notes Jenny Vetter, Director of Operations at Shaffer Development, "The Market is now 100 percent committed for all available spaces … and each restaurant represents the best of what the Milwaukee food scene has to offer. I’m so happy to be a part of bringing these businesses to the North Shore."