Thanks to the UW-Milwaukee Panthers, the Lake Park Lions and the Milwaukee Lion, Brew City may seem like a big feline town, but we also hold some iconic tabby-sized kitties close to our hearts. Here are a few of them...

Welcome to OnMeowaukee Cat Week, a meowsome bunch of articles, photos, videos and an Instagram contest celebrating all aspects of Milwaukee cats. Sponsored by Bark N' Scratch Outpost, these seven days are dedicated to those creatures with nine lives who make our lives more paw-sitive.

Thanks to the UW-Milwaukee Panthers, the Lake Park Lions and the Milwaukee Lion, Brew City may seem like a big feline town, but we also hold some iconic tabby-sized kitties close to our hearts.

There is perhaps no more beloved a Milwaukee kitty than Albert the Alley Cat, who – along with his lesser known twin brother Filbert – delivered the weather on WITI-TV for years with partner Ward Allen. In 1968, the team earned the "best weather show" nod from the National Association of Program Executives. Though he was apparently born in Texas in 1956, his creator Jack DuBlon (aka Dr. Cadaverino for you TV trainspotters) came to Channel 6 in 1960 and brought Albert along for the ride. Albert was on the air until 1981. Four years later DuBlon returned to texas and died a few years later. Albert’s been missing ever since. 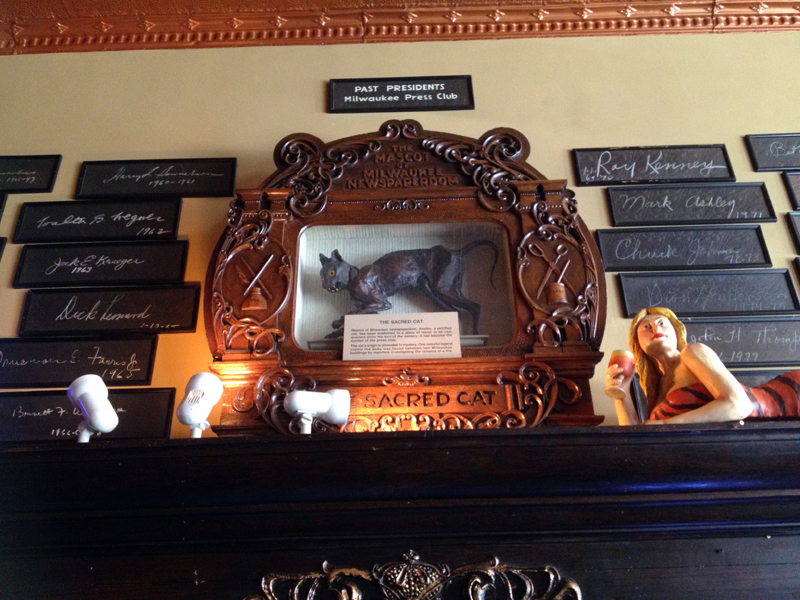 Anubis (named for the Egyptian god of mummification, who usually appears as a canine rather than a feline) is that mummified cat who lives in a glass box above the bar at The Newsroom Pub, 137 E. Wells St. According to a history of anubis written in 1980 and in the clutches of the Newsroom Pubbers, Anubis "‘followed’ a couple of errant reporters home from Madison." This document refers to another one, dated 13 years earlier, in the possession of the State Historical Society:

"The Society some time before the turn of the century received from Darlington a desiccated black cat which once upon a time had been literally immured. When the imprisoning building was torn down, the fossilized cat was discovered and promptly sent to the Society. Tom Brahany, a student reporter for the Milwaukee Sentinel, who later became personal secretary to President Woodrow Wilson, and two colleagues, then students at the University, absconded with the cat, which later turned up in the Milwaukee Press Club, where it is still enshrined at this writing as the sacred mascot of the organization. So far as is known, the Society, despite its obligations as trustee of the state, has made no serious efforts to recover its property."

The Press Club responded, in that 1980 history that, "The Press Club, despite the cat's ignoble background, is proud of Anubis and stands by the ancient dictum that "possessions nine points of the law." And besides, over the years the nation's oldest continuous Press Club has donated to the State Historical Society many of its precious records for the state's archives. It's a valid case of quid pro quo - we got something and gave something. The defense rests. 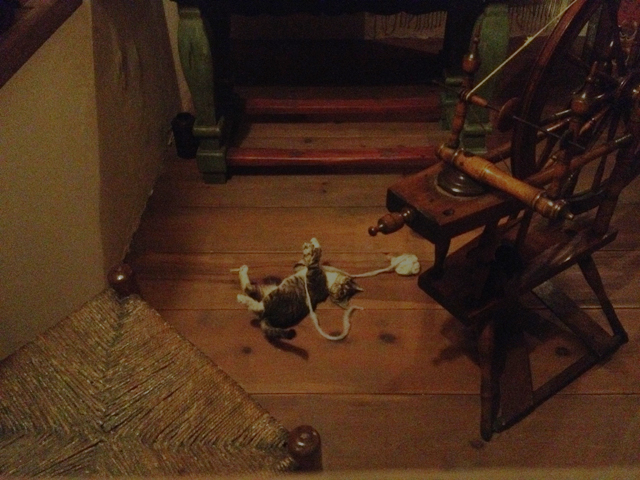 Just beyond The Streets of Old Milwaukee is the perpetually nocturnal European Village, which includes no fewer than five domestic felines in its homey exhibits. The only thing we’re divulging here is that the kitty pictured is in the Danish house. As for the rest, you’re on your own. 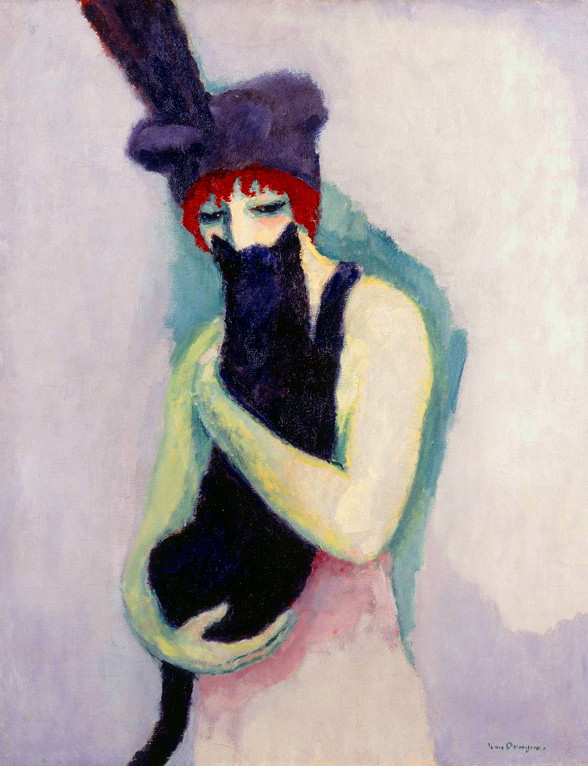 While the lion gazing off into the distant sunset in Jean-Leon Gerome’s 1883 "The Two Majesties" is surely the most recognizable feline at Milwaukee Art Museum, cat fanciers who love art may also point to Kees van Dongen’s graceful "Woman With Cat," painted in 1908, and depicting a woman in gravity-defying millinery clutching a black kitty. 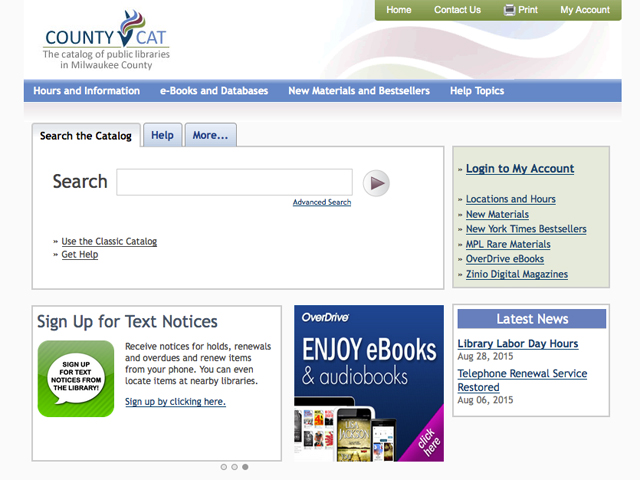 OK, so the Milwaukee Public Library’s online catalog search app and site – which actually searches all Milwaukee County libraries – isn’t actually a cat, but, hey, it’s a pretty darn handy thing to have on your desktop or smartphone. And it’s a good place to find these.