Bert's Bar in St. Francis has a classic pub and grill feel in an updated space with lots of friendly people who are ready to laugh and chat.

Paul Frenn – along with his wife, Jennifer – opened Bert's Bar 10 years ago and is the "face" of the friendly St. Francis-based tavern and restaurant, 3709 S. Lake Dr. He's also not particularly picky what you call him.

"People think my name is Bert and call me that all the time. I'm fine with that," says Frenn.

Frenn chose the name Bert's when he bought the establishment. He already owned Bert's Beer & Liquor in Bay View – which is named after the original owner, Bert Wedemeyer. So, Frenn gave his new bar the same name to make a connection between his two businesses. 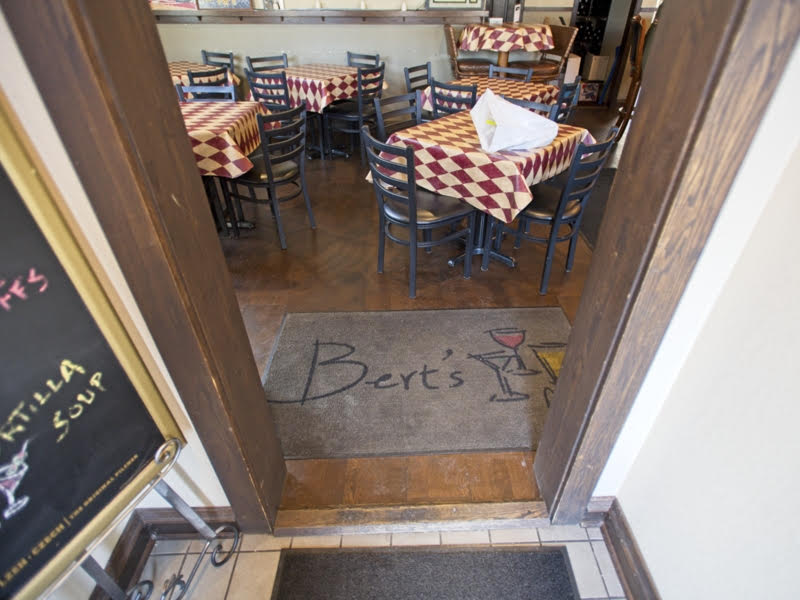 The building has been a bar and eatery for more than 90 years. When it opened, that stretch of Lake Drive was still a dirt road and none of the condos and apartments had been built across the street so it had an unobstructed view of the lake from the east-facing windows.

"I appreciate the condos, even if we can't see the lake anymore. We have some great customers thanks to those places," says Frenn.

Originally called "Andy's," the bar was run by Andy and Mary Casagrande and it was a popular place for people to congregate, especially after smelt fishing in Lake Michigan. Later, the bar was Butch's Liar's Club.

When Frenn took over the bar a decade ago, he upgraded the interior and exterior, but kept the overall vibe of the history-rich space. He added a Beastie sculpture and a two-tiered patio in front of the building. 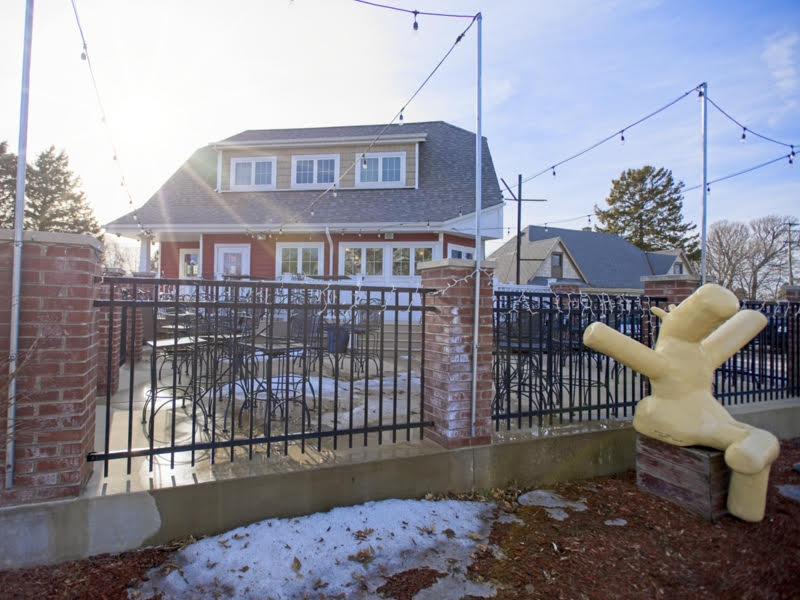 Inside, Bert's has a classic tavern feel with photos of the brat pack and Marilyn Monroe, along with wooden tables and chairs and a large, horseshoe-esque shaped bar that, although vintage looking, has modern-day amenities like purse hooks and USB ports. 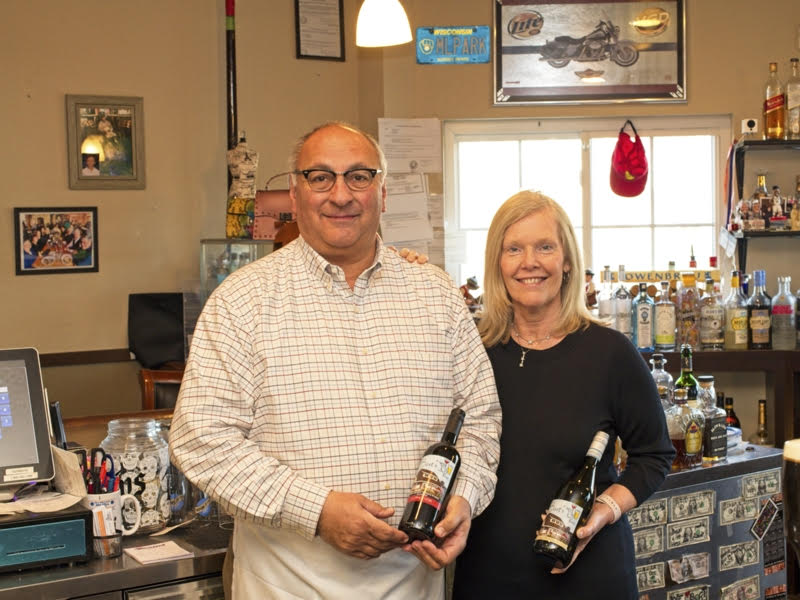 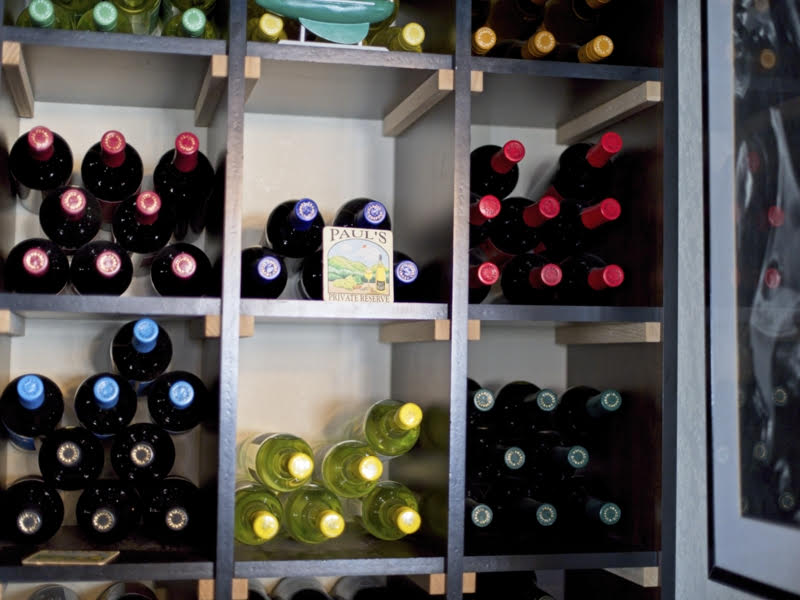 Bert's sells a solid selection of wine including bottles of house wine called, appropriately, Bert's Wine. Frenn says when he first took over the space a regular customer – who's an avid beer drinker – heard through the grapevine that Bert's was a "wine bar" and avoided it for weeks. Eventually, he tentatively stopped by and learned Bert's has plenty of beer, liquor and pub food along with the vino.

All of Bert's pint glasses are stored in the refrigerator to ensure a cold beer. Liquor bottles are clumped together behind the bar, some behind a sign that reads "suck it up, buttercup."

Frenn also prides himself on his ability to craft a tasty Moscow Mule, so we tried one. Indeed, it was refreshing with the perfect ratio of ice to liquid – very important in a Mule – and served in a signature copper cup. 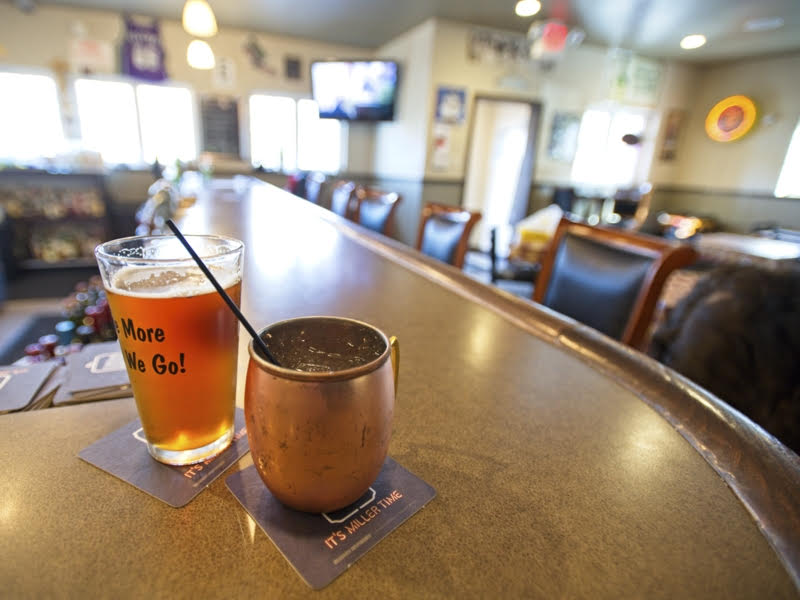 Bert's menu includes appetizers like fried cheese curds and calamari frites; sandwiches like beef and Beyond burgers, Cubans, Reubens, buffalo chicken sandwiches and more; along with pizza, wings, salads and a variety of other items. Specials include $1 tacos on Tuesdays, $1 sloppy Joes on Wednesdays, build-your-own-pizza on Thursdays and a Friday fish fry.

Bert's is also a neighborhood sports bar with large-screen televisions that air all of the Packers, Brewers and Bucks games. Bucks' announcer Jim Paschke is a friend of Frenn's and known to frequent the bar.

Bert's is also a dog-friendly space, and Frenn's dog, a lovable golden retriever named Murphy, often visits with customers. Frenn introduced one of the customers as Murphy's godmother. "Yeah, but she's never taken him to church once," jokes Frenn. 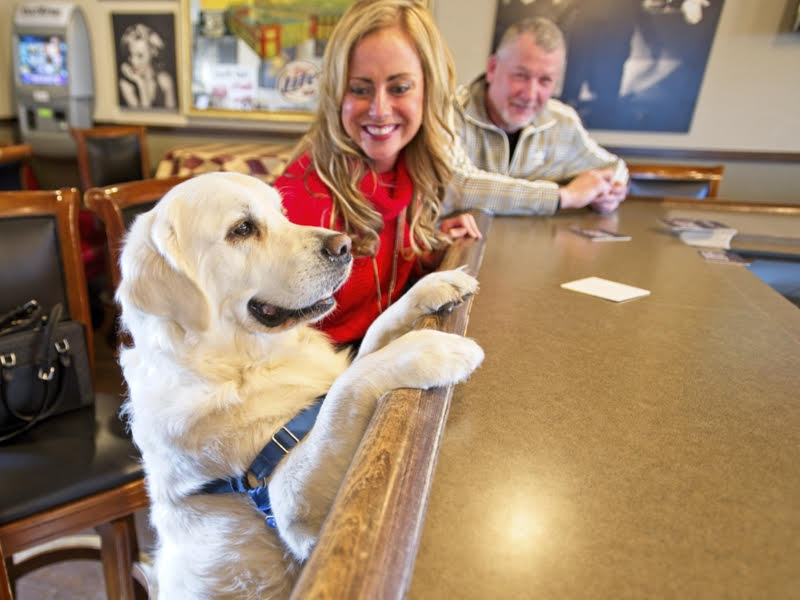 Most of the customers at Bert's are regulars, but newcomers are always welcome. "We take care of each other," says Gara. "It's like a family here. My parents have both passed and Paul's been like a father to me."

Frenn grew up near the American Family Stadium on Milwaukee's West Side and graduated from Juneau High School and later Marquette University. In the '80s, he owned a Marquette bar called Gym Bar and still has a "GYM BAR" license plate hanging in Bert's.

"I spent four years in college and I'm a bartender," Frenn says smiling. "And I love my work. With the liquor store, you don't get to know people as well as you do here. We call it a 'Cheers' bar, because it's very friendly. And we know everything about everyone. We know about their kids' lives. We know who 'left' with who."

According to another regular at the bar, Frenn is a devoted matchmaker who introduced her to her current boyfriend three months ago and is responsible for instigating at least 10 longterm relationships as well as a few marriages.

"What can I say, I like seeing people happy," says Frenn. 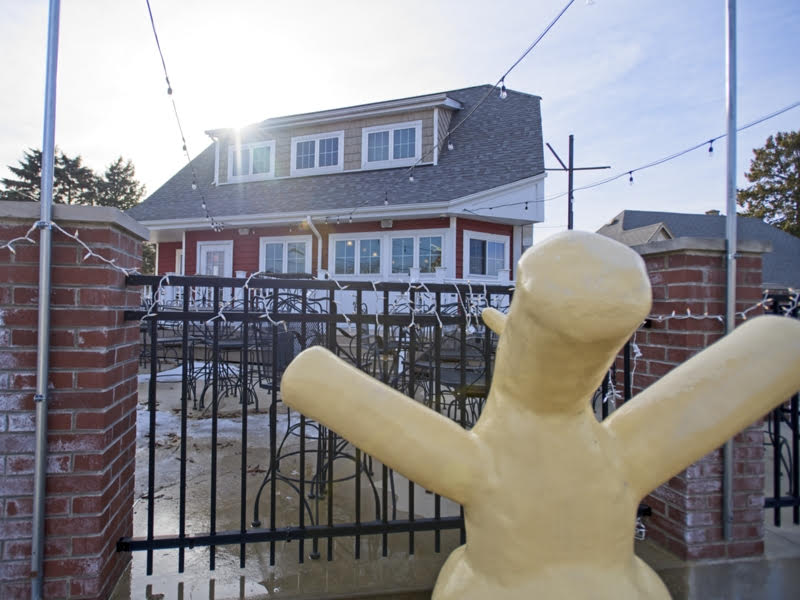