What's a night out without some fun and games? Here's your 2017 pick for best bar games and trivia.

Landmark Lanes turns 90 this year, but even after almost a century, it hasn't lost its groove, as you voted the East Side favorite as Milwaukee's best spot for bar games and trivia. After finishing second to gamer geek club 42 Lounge in 2016, Landmark Lanes reclaimed the top honors for its arcade games, pool tables and dart tournaments, all enhanced by an assortment of daily drink specials.

The 16-lane bowling alley is Landmark’s raison d’être, but there's plenty of other things to do without ever having to put on bowling shoes. Patrons can rock out during karaoke every Tuesday and Thursday night or test their knowledge during Wednesday night trivia.

But most importantly, Landmark’s three bars make it easy to refuel after a round of Dance Dance Revolution or grab a sip between air hockey competitions.

This year we also asked a variety of prominent Milwaukeeans to weigh in on their pick for specific categories. For this category, we consulted Nick Barth, OnMilwaukee’s senior developer. 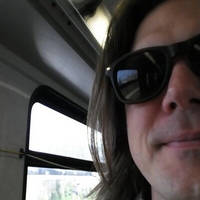 I love games; I'm down to play pretty much any game at pretty much any time. Despite hosting what is easily the best trivia show in Milwaukee at Tracks, I'm going rogue for my pick, as the best selection of bar games in the area is not on this list. Junior's Hook (1517 S. 2nd St.) has a tremendous mix of classics and rarities: bar dice, cribbage, pull tabs, that weirdo touchscreen thing, shufflepuck, darts, Golden Tee, video blackjack (for amusement only, naturally), shake of the day for prizes and, of course, a pinball machine. In my opinion, though, the crown jewel is Power Putt. It's basically a mini-golf Golden Tee that plays up to 16 people putting through a variety of fun and occasionally absurd courses. It's a super fun group game and a must-play when I'm at the Hook.