Milwaukee is a beer town, built on brew. But which Brew City bar has the best beer list? Find out now!

With 60 American craft beers on draft, it's hard to argue with the readers' vote ... but the OnMilwaukee editors did anyway, selecting the beer list at nearby Burnhearts as its favorite.

This year we also asked a variety of prominent Milwaukeeans to weigh in on their pick for specific categories. For this category, we consulted FM102.1's Jon Adler. 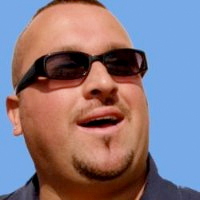 For a place that boasts an impressive and large selection of whiskeys, The Vanguard's beer list should NOT be overlooked. It's a fun, diverse and simple (one page) mix of tap beers that has something that pairs well with everything on their menu but works great if you're just grabbing drinks. My last visit there this past Saturday night, I started with a Karben4 Fantasy Factory, then switched to a Fuller's London Porter once our food arrived.

I don't mind bars that have three or four pages of beer listings but the odds are higher that they're out of a certain beer. Not the case at The Vanguard. Everything on their list (on a Saturday) was on tap and available.