Two votes. That's all that separated first and second place in the best theme bar category this year, one of the tightest and most competitive contests of the entire month. Would it be Safe House or Camp Bar on top?

Two votes. That's all that separated first and second place in the best theme bar category this year, one of the tightest and most competitive contests of the entire month. Would it be Safe House, the secretive Downtown spy haven which has claimed the title for the past eight years? Or would it be its feisty rival Camp Bar, inching ever closer year after year to the top spot?

In this battle between password-protected pubs and cozy cabins, the former takes another win. Yes, Safe House claimed its ninth straight win in the category.

The sneaky spy-themed spot continues to be a hit with tourists and Milwaukeeans who enjoy having some fun before you even walk in the door – especially if you have friends who don't know the password to get in – and then being immersed in a world full of spy-themed surprises, from hidden walls, narrow staircases and décor that always has you finding something new, no matter how many times you've looked at it. And since it was remodeled early last year, there's more secrets for even veteran agents to discover.

Though if these poll results were any sign, Safe House better watch its back ... because Camp Bar is coming.

This year we also asked a variety of prominent Milwaukeeans to weigh in on their pick for specific categories. For this category, we consulted Allen Halas, creator of the Breaking & Entering local music blog. 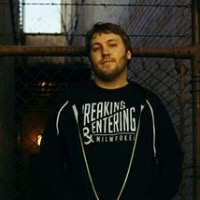 The first time I walked into Bugsy’s, it literally felt like you were transported to an old-timey speakeasy. It’s literally in a back alley, almost completely unmarked, and you’re not completely sure that you’re walking into the right building. Once you’re inside, though, it’s the complete "best kept secret" experience.

On a busy night, it’s almost like there’s a buzz in the building – and it's not just the patrons. There’s live music, occasionally dancers, and you almost feel like at any moment, the jig could be up and everyone will have to disguise themselves. When you’re talking about theme bars, Bugsy’s nails it.