It's not unusual for Best Place at Pabst to have two weddings on a Friday or Saturday, but Nov. 26 was unique because both of the couples to be hitched were named Carly and Nick.

It’s not unusual for Best Place at Pabst to have two weddings on a Friday or Saturday, but Nov. 26 was unique because both of the couples-to-be-hitched were named Carly and Nick. (Each had a father named Dave, too.)

Both couples shared other similarities. One couple told the other, "Nick and I were in the same schools, but not really friends back then. Then we met later in life and here we are getting married." The other couple said, "Us, too!" 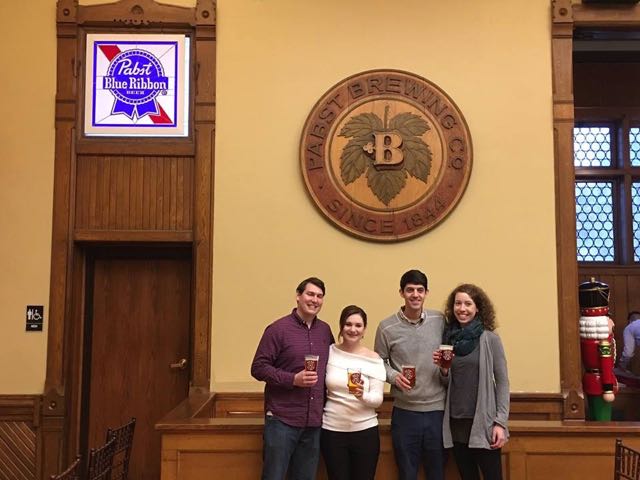 One couple had Best Place at Pabst pint glasses made with their names and wedding date for all of their guests. They gave the other couple two glasses also, well, because it totally worked for the other Carly and Nick, too.

"You can imagine all the caterers, florists, DJs and so on saying, 'I'm here for the Carly and Nick wedding,’" says Kim Dorfner, wedding and event coordinator at Best Place. "It was the first time we had to put last names on our way-finding signage."

Congratulations, Nick and Carly! And Carly and Nick! 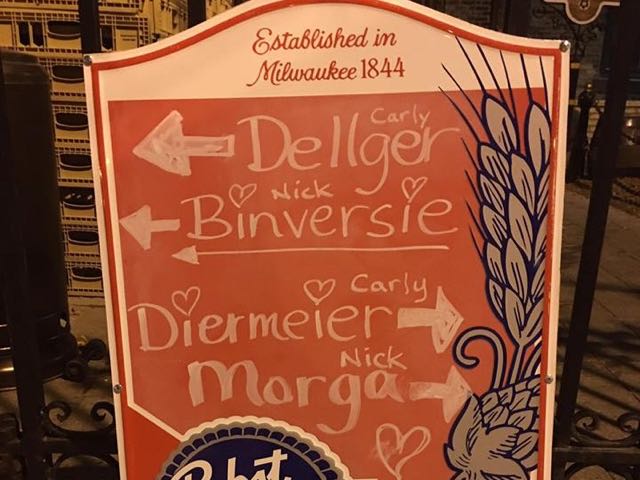 Pop the question on the Wienermobile