When it comes to Southern comfort food, there's one Milwaukee restaurant that's gotten mighty comfortable in the top spot. And 2016 wound up no different, with a familiar face snatching up the title of best Southern/soul food/Cajun/Creole restaurant.

When it comes to dishing out the city's best Southern comfort food, why not pick the place that once had it in its name.

Indeed, Maxie's has gotten mighty comfortable at the top of this poll category, winning every year since 2010. This year is no different, as Maxie's, with its delicious mix of barbecue, seafood and other Southern favorites, claimed its title yet again – and handily, snatching up almost twice as many votes as the next Cajun/Crole competitor, Crawdaddy's, which just opened back up earlier this year.

The biggest takeaway from this year's category, however? Wisconsin may be as north as you can get, but there's no shortage of crave-worthy Southern comfort to be found.

Lori Fredrich's pick: Maxie's
Maxie’s gets my vote this year for a number of reasons. Not only have they continued to introduce Milwaukeeans to Southern fare that runs the gamut from barbecue to Cajun, Creole and low-country cuisine. But they also get big points for their commitment to the community, which includes unwavering support for local farms as well as community non-profits.

This year we also asked a variety of prominent Milwaukeeans to weigh in on their pick for specific categories. For this category, we consulted municipal court judge – and local foodie – Derek Mosley. 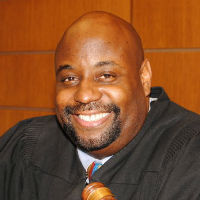 I'm a big fan of Daddy's Soul Food. From the moment you walk in the door, you are greeted like family. This hospitality brings me back to Sunday dinners at home as a kid.

Fried chicken, baked chicken, smothered chicken, pork chops, catfish and ribs are some of the meat options that change daily. Each meat option comes with either two or three sides (your choice). The sides include arguably the best mac 'n' cheese in the city, greens, candied yams, black eyed peas, and rice and gravy. No soul food meal would be complete without some moist cornbread, and Daddy's doesn't disappoint.

There are also dessert options as well, like peach cobbler, which change daily as well. Bring your appetite.