Last year, Ono Kine Grindz took home the inaugural title of Milwaukee's best takeout. But could the beloved Hawaiian takeout joint manage to defend its crown? Or did a classic Cream City staple swoop in for first place? Read on!

But while Jake's Deli came out on the winning end for the sandwich crown, today, it's Glorioso's that gets its moment in the sun, as voters gave the classic Brady Street sandwich shop, deli and Italian market the victory. A well deserved win for the Milwaukee staple as well, with its freshly sliced meats and cheeses, housemade meatballs and Italian beef, and sandwiches like the Caprese with tomatoes, mozzarella and balsamic vinaigrette and the Human Torch filled with hot capicollo, hot calabrese, Glorioso's famous torch spread, provolone and hot muffalatta.

Lori Fredrich's pick: Ono Kine Grindz
Once again, I’m giving this one to a spot that’s made takeout their bread and butter. Ono Kine Grindz rocks it to the heavens with their delicious Hawaiian takeout. In fact, sometimes I wonder how the west side of town ever got along without them and their kick-butt Kahlua pork and tuna poke.

This year we also asked a variety of prominent Milwaukeeans to weigh in on their pick for specific categories. For this category, we consulted Christina Ward, master food preserver for Milwaukee County and food author. Her book, "Preservation – The Art and Science of Canning, Fermenting and Dehydration," will be published by Process Media in July 2017. 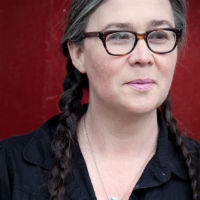 Pho Hai Tuyet at 204 W. Layton Ave. understands. Sure, they have a dining room, though I have only witnessed two people eating in said room, ever. But the lobby area is chock-a-block with weary folks patiently awaiting their takeout order. The staff is kind and helpful, quickly translating the wondrous world of pho to tired yet enthusiastic Westerners. Tolerant of indecipherable attempts at pronunciation, they often conclude your order with the soothing phrase, "Don't worry, we make it how you like."

When you finally get home and open your containers, you're overwhelmed with joy and thanks. The order is correct. It's hot. Oh, and fresh herbs and vegetables! It tastes magnificent. You feel healthy and restored. You're not a failure. Pho Hai Tuyet made it exactly how you like.