Two patties, an extra slice of bun in the middle and secret sauce. The Marc's Big Boy burger was a burger for the ages. And now it's back. It will be featured all summer long at AJ Bombers.

Two patties, an extra slice of bun in the middle and secret sauce.

The Marc's Big Boy burger was a burger for the ages. And for folks who remember the heyday of the Marc's Big Boy restaurants, which the Marcus Corporation debuted in Milwaukee in 1958, the flavors conjure a wealth of fond memories.

For years, devotees could relive those memories at Kil@wat in the Intercontinental Hotel, where the classic Big Boy burger was a regular menu offering. But, when the hotel closed in January to make way for its rebirth as Saint Kate, Milwaukee’s first arts hotel, the burger was once-again nothing more than a fond memory.

The burger will make a grand return once the Intercontinental re-opens as Saint Kate (it will be on the menu at Aria Café & Bar); however, in the meantime, you can enjoy it at AJ Bombers.

AJ Bombers offered up its own rendition of the burger as a limited edition menu item, running it as a special during the week of April 8. However, due to the overwhelming response and the numerous guest requests to keep featuring AJ Bombers’ tribute to the Big Boy burger,  they've added the burger to the Bombers' summer menu.

Called The Tribute, this homage to the Big Boy features two ¼ pound smashed patties, American cheese, shredded iceburg lettuce, special B. Boy sauce, and a sesame seed bun with an extra bun in the middle ($10).

"We knew Milwaukeeans loved Marc’s Big Boy and its tremendous burger," says David Marcus, CEO of Marcus Investments (the parent company of AJ Bombers) who grew up in his family's Big Boy restaurants. "And it’s been exciting to bring those flavors to a new generation of Big Boy fans.

"We’ve seen people come in repeatedly (some even multiple times a day), and we sold almost 1500 burgers in just one week. AJ Bombers has always been a restaurant that proudly gives its customers what they’re asking for… and they’ve certainly spoken!" 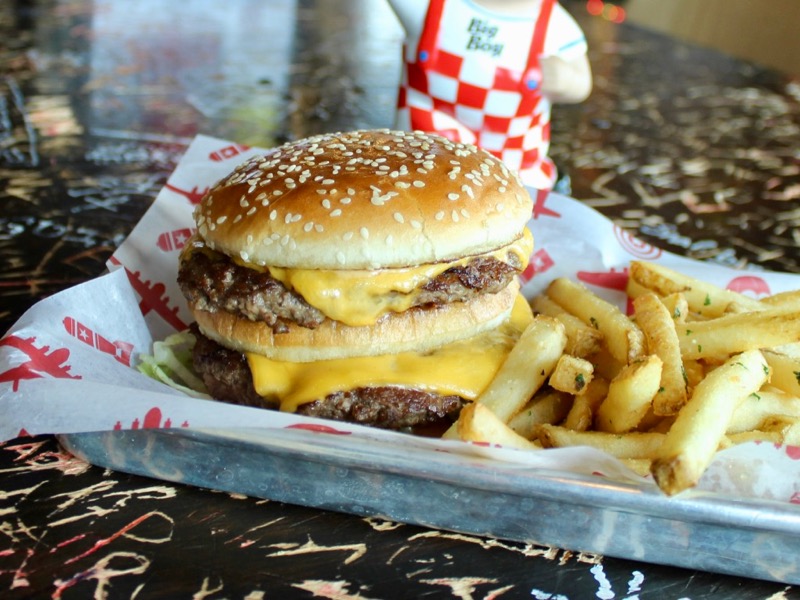 "Given the popularity of our smashburgers at AJ Bombers ... and our family’s historic connection to Big Boy, this was the perfect location to recapture some of the nostalgia, the joy that the burger gave people for so many years," noted Marcus.

What most people don’t know, however, is that there’s always been a little bit of Big Boy in AJ Bombers. When the first location opened on Water Street in 2009, six Big Boy miniatures became part of the decor at the restaurant.

"They’ve always just quietly been there," says Marcus. "And when we built Wauwatosa, we did it there, too. It’s always been part of our DNA."

Two hang in the window behind the bar, swinging from parachutes. 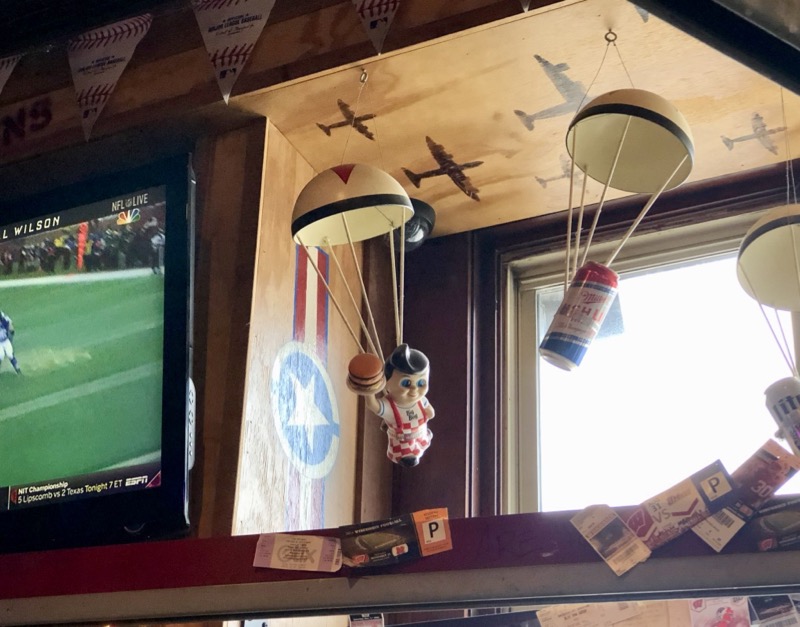 Another is napping serenely above one of the ceiling fans. And the other three? Well, you’ll just have to keep an eye out for them.

Marcus says he’s taken a great deal of inspiration from the thousands of users who’ve expressed their fondness for his family’s restaurants on the Milwaukee Remembers Big Boy Facebook group page. In fact, it’s part of the reason he says he enjoys keeping a piece of the legacy alive.

"I’m also proud to pay tribute to my grandfather and my dad, both of whom built and ran Marc’s Big Boy for many years here in Milwaukee."

It was, in fact, the opening of the first Marc’s Big Boy, which marked the Marcus Corporation’s entry into the restaurant industry. The first restaurant debuted on Milwaukee's northwest side in 1958. Within four years, there were six locations. At the restaurant’s peak, it operated 70 locations in Wisconsin, Illinois, Minnesota and Iowa.

But, despite the initial appeal of the family restaurant, times changed. Restaurants like McDonald’s took offerings like the Big Mac (a direct competitor of the Big Boy burger), and made them faster and cheaper, appealing to a new generation of diners. By 1995, the last of the Marc’s Big Boy restaurants had closed.

"When I was young," says Marcus "We’d wait in line on Sundays for the brunch at the location on Port Road. While we ate, my dad and grandfather would be writing furiously, taking notes on what was good and bad about the meal, the service."

When it came time to get his first real job, Marcus says he worked at the Big Boy commissary on State Street. "I made and boxed bran muffins, cheesecakes, pecan pies," he says.

Along the way, he saw the way people responded to the food.

"Food is an emotional thing," he says. "And that’s how I came to love the restaurant business. There is nothing better than when someone has a fanatical connection to your food. To this day, when I think about our restaurants, I want these to be places that people love, not just programmatic franchises. That’s what we had with Big Boy back in the day."