Bjorn Nasett is one of Milwaukee's most forward-thinking fashionistas. He works at Beauty Salon, as a consultant for Goodwill Industries, runs his own business called Fashion Farm Boy and returns to the stage tonight to perform in "Courage," a benefit for LGBTQ homeless youth.

Bjorn Nasett’s love of fashion started at a very young age. Nasett, who grew up on a tobacco farm in Dane County, remembers having a penchant for dressing up his sisters’ dolls when he was a little boy.

"Even if I only had a Kleenex and a piece if tape, I’d make dresses for them," says Nasett.

In 1963, when Nassett was 3, he begged his parents for a doll of his own. Instead of ignoring his request and giving him a toy truck, which would have been reflective of the traditional-gender-role-enforcing era, they bought him one. A Ken Doll, but still. This marked the start of a relationship Nasett maintained with his parents from that point on – one that allowed them to be different, but supportive.

"Halloween was always huge for me and one year my mom helped me go as a hippie from ‘Laugh In,'" says Nasett. "She made me paisley pants with ruffles, and we strung appleseeds to make love beads. Another year, I was 9 or 10, my sister let me borrow her waitress outfit, and I went trick-or-treating in drag. Everyone told me I was beautiful. I loved it."

Nasett went on to become a celebrated, award-winning female impersonator who performed at many local clubs and venues – including the now-defunct Club 219 – under the name BJ Daniels.

Although he retired from being a drag queen in 1995, he will return to the stage tonight to perform in Courage, a benefit for homeless LGBT youth. The event starts at 6 p.m. – the drag show's at 8 p.m. – at The Point, 906 S. Barclay St.

Nasett manifested his passion for fashion throughout his life in many ways. He moved to Madison when he was 17 and took a job at the Cardinal Bar as a "coat check girl" and also sold dresses thrifted from small town resale shops to more upscale vintage boutiques.

"I would travel by bus, sometimes an hour or more, to go to a Goodwill in Monona or wherever, and I would come back to State Street with a pillow case filled with really great dresses that I paid $1.29 for," says Nasett. "I realized the potential here, and I made a business out of it."

Nasett was a driving force behind many of Milwaukee’s vintage shops during the ‘80s and ‘90s, working at George’s Vintage Clothing – located on Water Street in the present Buffalo Wild Wings space – as well as Marlene’s on Brady Street and the Third Ward-based Survival Revival.

"Vintage items have knowledge. There’s something about them that’s always attracted me. They’re pieces of history," says Nasett. 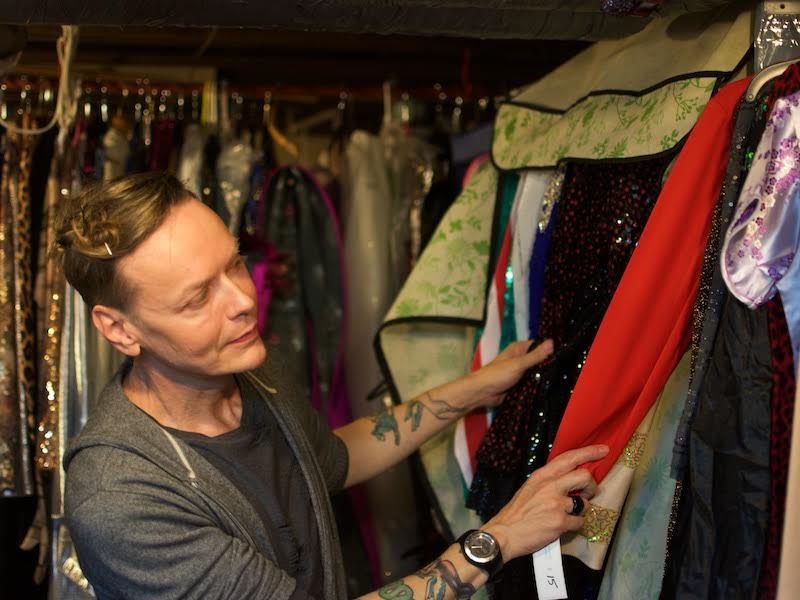 Today, Nasett has a business called, aptly, Fashion Farm Boy for which he scours thrift stores three or four times a week in search of vintage gems that he resells on rented racks in boutiques including Milwaukee’s Lela and Shoo as well as Madison-based shops.

"I score amazing fashion items that have been lost in the shuffle," he says. "I have a rack of hand-selected items that are cool and still at a substantial discount. I’m the intermediary. If you don’t want to go to the thrift store, I’ll go for you."

Ironically, Nasett’s goal for himself – and others – is to buy less and to recycle and reuse as much as possible.

"What’s most important to me, though, is that these items get into someone’s hands," he says. "If I can’t sell them to someone who will love them, I donate them."

Nasett also works for Goodwill Industries as a consultant. He writes a fashion blog and serves as the stylist for the organization’s ad campaign photo shoots.

"I started working for Goodwill eight years ago when the economy was tanking, and the organization did something really smart: They started to market it as an alternative shopping experience, not a second-hand shop," says Nasett. "I love the full-circle of Goodwill: You give something, you get something. And in the process, you help people."

Nasett works part-time at Beauty, which is owned by his good friends, Tom and Stephanie Miller. Nasett met Tom, who also owns the Cutting Group salons, shortly after moving to Milwaukee in the early 80s. The two started out as roommates and over time Nasett worked at Beauty as a stylist, creative director, educator and manager.

"One of things that I love about Tom is that he understands change and that people sometimes need to move on in order to grow," says Nasett. "He is very supportive of me and I am of him."

Today, Nasett is 55 and says he’s in the prime of his life. He owns a home in Riverwest, fosters senior-aged miniature Pinscher dogs (he currently has three – ages 19, 16 and 16), spends quality time with friends and his mom – who now lives on Milwaukee's East Side – and, above all, focuses on doing what he's passionate about.

"I just do the things that I love and share them with other people," he says. "The secret to being successful isn’t money, it’s being in the moment of everything that you’re doing. I’ve had the opportunity and the support from my friends and family to morph and change and do my thing and that’s exactly where I am right now." 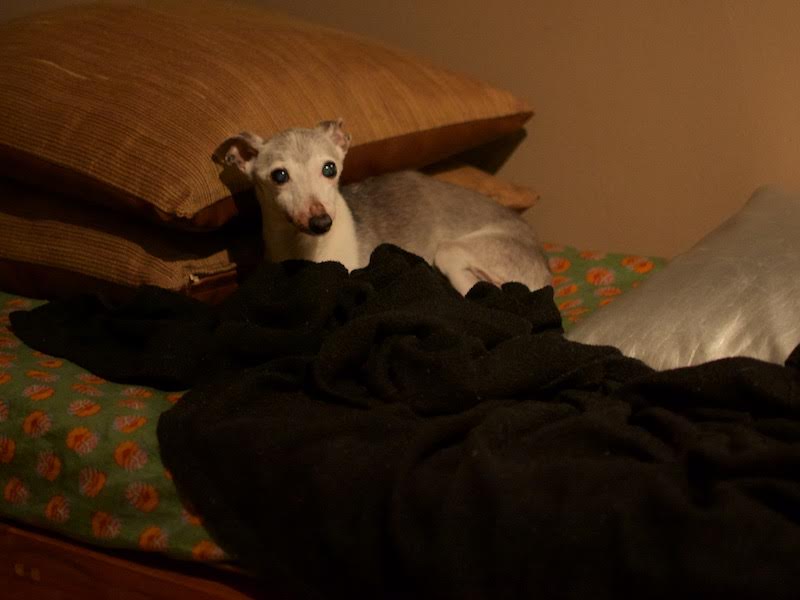 Florida Street poised to become city's next "it" street

Celebs go green and gold at the 2020 Golden Globes

Hats off to The Brass Rooster and its quietly revolutionary work