The BMO Harris Bradley Center today unveiled plans for its 30th and final season, a sports, entertainment and community-filled celebration of the generosity and legacy of Jane Bradley Pettit and her unprecedented gift to the people of Wisconsin.

By Press Release Submitted to OnMilwaukee.com Published Sep 12, 2017 at 10:00 AM Photography: Molly Snyder

The BMO Harris Bradley Center today unveiled plans for its 30th and final season, a sports, entertainment and community-filled celebration of the generosity and legacy of Jane Bradley Pettit and her unprecedented gift to the people of Wisconsin.

In a news conference on the arena floor, Center officials announced that Cirque du Soleil would return to the Center in 2018, joining an already strong lineup that includes Katy Perry, Guns N’ Roses, Janet Jackson, the Harlem Globetrotters, the Trans-Siberian Orchestra, Lorde and 2Cellos, along with exciting Bucks and Marquette basketball action and more show announcements to come. They also introduced a series of public open houses and a season-long fundraising campaign as part of the Center’s programming. The campaign will culminate with an April 11 civic gala to raise at least $200,000 for 16 area charities that Mrs. Pettit or her foundation supported and continue to transform metro Milwaukee today. 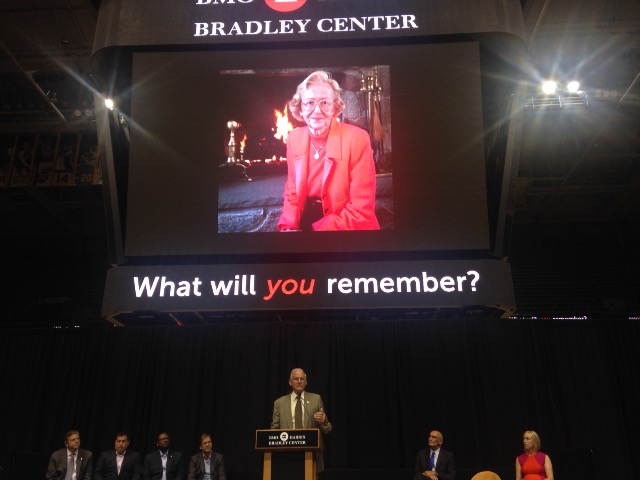 "For 30 years – buoyed by Mrs. Pettit’s philanthropy and vision – our management, volunteer board and staff have been dedicated to hosting live sports and entertainment that transforms moments into memories and brings our community closer together," Costello said. "Our final season celebrates the wide-ranging impact the gift has had both here in the building and beyond our walls. With outstanding programming, free events for the public and a significant charitable effort that embodies the spirit of the original gift and pays it forward, the final season will honor the BMO Harris Bradley Center’s unique heritage, the role it has played as an economic and social driver for metro Milwaukee and Wisconsin, and the indelible influence it will leave even after it closes its doors next summer."

Kellner, who will chair the final season gala fundraising campaign, said the Center worked with the Jane Bradley Pettit Foundation and her family to choose 16 local charitable organizations, all of which have direct ties back to Mrs. Pettit or her foundation, as beneficiaries. He introduced three of them – Sojourner Family Peace Center, Hunger Task Force and Next Door – at the news conference. The others, along with gala sponsorship and ticket information, will be announced in the coming weeks.

"Mrs. Pettit’s ‘just do it’ commitment to philanthropy and civic-mindedness drove her decision to give what was then called the Bradley Center to the people of Wisconsin and has inspired the Center’s community mission for the past 30 years," he said. "This house has been home to countless charitable events, including the Milwaukee Urban League’s annual Black & White Ball, Danceworks’ Mad Hot Ballroom and Tap competition, Autism Speaks! events and more. Our nonprofit concessions program has helped dozens of school booster clubs, church groups, civic organizations and others earn over $13 million. It’s only fitting for an institution whose start and ongoing operations have been rooted in community service to end its incredible run in the very same way."

"This amazing response – along with the tremendous support the Center has received over the past three decades from our naming sponsor, BMO Harris Bank; the State and the City; and of course our many building sponsors and the Champions of the Community – is testament to the respect our community continues to have for Mrs. Pettit and everything her gift has meant to metro Milwaukee," he said. "The final season will be outstanding, and the April 11 community gala here on the arena floor will be the place to be – a spectacular evening filled with memories, special guests, civic pride and excitement about metro Milwaukee’s future. We have a lot to celebrate, and after 30 years in the entertainment industry, we know how to throw a wonderful finale." 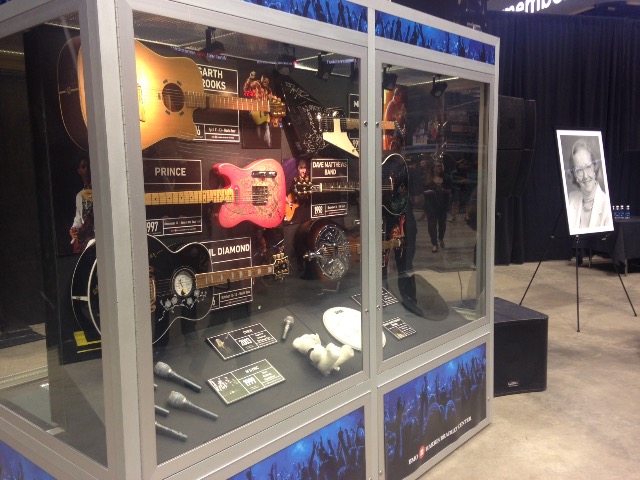 The final season will also include opportunities for the public to tour the Center, starting with a free public open house from 10 a.m. to 2 p.m. on Saturday, Oct. 7. Tour guides will provide historical information as visitors get a behind-the-scenes look at Center suites and theater boxes, the Bucks and Marquette locker rooms, service and staging areas, building controls and systems, the scoreboard and other areas. The Center will announce other open houses and public events during the coming season, Kellner said.

Zimmerman recalled that she was in middle school at the time Mrs. Pettit made her gift, but even then, she understood the gift’s place in a tradition of serving the community.

"Giving was at the very heart of my grandmother’s character, and that generosity was motivated by a love of Milwaukee and its people. The depth of her generosity and the vision she had to serve the community and bring about real and lasting change were truly breathtaking," Zimmerman said. "The BMO Harris Bradley Center is the most cherished example of that vision, and it has always been a source of great pride for our family.

"The Center was built to honor Harry Bradley as a father as well as for his commitment to, and love of, Milwaukee," she continued. "My grandmother took up that mantle of community benefactor and made it her own.

"On behalf of my mother, my uncle and our entire family, we are looking forward to a wonderful year of celebration, giving back, and honoring the spirit of my grandmother’s gift." 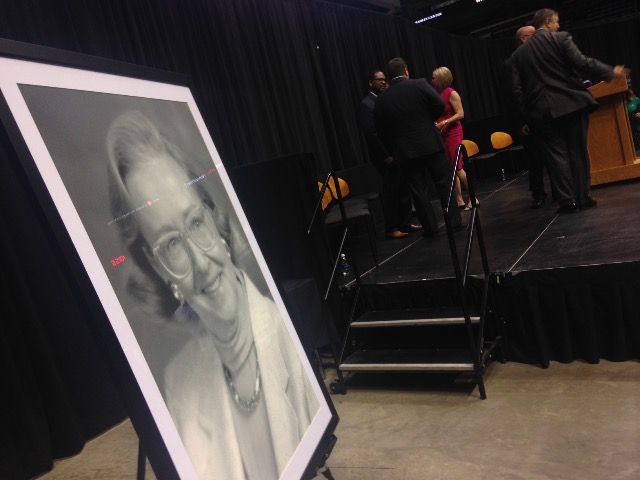