Another year is almost in the books and so we've arrived at that time of the year when we here at OnMilwaukee look back at the highlights of the past 12 months. Here are some of the best of 2016 according to Bobby Tanzilo.

Tis the season for Milwaukee merriment and BMO Harris Bank is bringing you happy holiday stories all season long.

Another year is almost in the books and so we’ve arrived at that time of the year when we here at OnMilwaukee look back at the highlights of the past 12 months.

Music: Seeing Paul McCartney at Summerfest was the concert highlight of the year, without a doubt. My kids and I spent the first half of the year listening to the Beatles’ "Rubber Soul" – a record I fell in love with as a little kid – on repeat every day in the car, so it was extra special for me to hear Macca play "You Won’t See Me" live. Most of his set list is music that has been so integrated into my entire life that it feels like more than just some great songs, and consequently the show was pure joy for me. 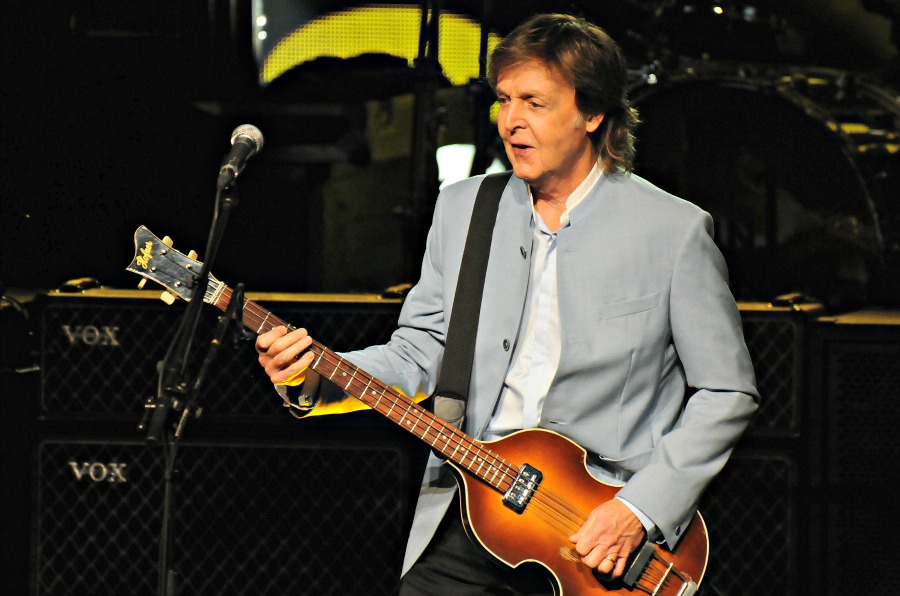 I also really enjoyed Bruce Springsteen and the E Street Band at the BMO Harris Bradley Center, playing "The River" from start to finish. Always an amazing gig.

Otherwise, my year in music was focused almost entirely on a new obsession. Though I’ve always been mildly interested in the gospel music made at Jamaica’s Studio One in the late 1960s, a couple reissues and podcasts became the playlist of my year – in the car (nudging out "Rubber Soul"!) and on my headphones while I run. Fortunately, my foolish forays into eBay generally went nowhere as I was invariably outbid for these rare gems that I can’t really afford anyway.

As the year winds down, my friends at 88Nine Radio Milwaukee have been lending me some new music and so this year’s two discs by Islands – "Should I Remain Here, By the Sea?" and "Taste" have also made their way into my driving playlist, along with songs by Nathaniel Rateliff, My Jerusalem and others.

Books: While most of my co-workers are talking about the latest television shows, I slink quietly down in my chair, because I just can’t seem to get into much of anything there (though Andy Tarnoff did recommend "Vinyl," and I watched all those episodes) and so I turn, as I always have, to books. Among the best I read this year are "Educating Milwaukee," by Golda Meir School teacher Jim Nelsen, which explores issues like integration and school choice in Milwaukee, and "Evicted," Matthew Desmond’s much acclaimed and startlingly alarming look at housing and evictions in the city.

Springsteen’s bio – called "Born to Run," of course – was one of the best rock and roll autobiographies I’ve ever read: candid, engaging, thoughtful and beautifully written. I also enjoyed historian Tyler Anbinder’s epic "City of Dreams," which explores immigrants in New York City from the Dutch to today. A reminder that the conversations we have about immigrants today are pretty similar to ones we’ve had since the 17th century.

Travel: I adore Milwaukee, but I’m also an inveterate traveler. When I’m not on the road somewhere, I yearn to be. This year, we took a couple great trips, but the one to Yellowstone was a revelation. I never really understood just how strange and beautiful this place is and I enjoyed exploring it every day for a week.

Milwaukee: So much is going on here these days, but I’m excited about what’s happening at the lakefront: 833 Michigan, the new NM tower, the demolition of the transit center and the coming replacement with The Couture, the reconfiguration of Lincoln Memorial Drive which puts Discovery World at the foot of a boulevard. Plus, a new arena is rising, as is another NM tower, plus even more new hotels. And, best of all, it looks as if the MSO will finally make the dream of its own venue in the former Warner Grand Theatre a reality.