Boone & Crockett is moving, and you'll never guess Where

Boone & Crockett, the popular craft cocktail bar located at 2151 S. Kinnickinnic Ave., is making a big move in 2018. And the new location will give the bar plenty of space to host live music, a larger patio for Gypsy Taco and a little bit of river frontage to boot.

It’s a location that will give the bar plenty of space to host live music, a larger patio for Gypsy Taco and a little bit of river frontage to boot.

"It’s Boone on the water," notes John Revord, who owns and operates Boone & Crockett with partner and chef Mitch Ciohon of Gypsy Taco.

Revord and Ciohon have purchased the building as a joint venture with Derek Collins and Ryan Lloyd, owners of Pedal Tavern, and Paddle Tavern owner Ryan Jaeger. Revord says that the collaboration secures the life of the business and the building, which lies in an area – the Harbor District – that’s become increasingly attractive to developers.

"We outgrew our Bay View location years ago, and now with the addition of Gypsy Taco, it’s gotten even more crowded," says Revord, who adds that they’re hoping to reopen in the new space sometime this spring. "The Wherehouse is close enough to Bay View to retain the audience we’ve always had, so it’s ideal." 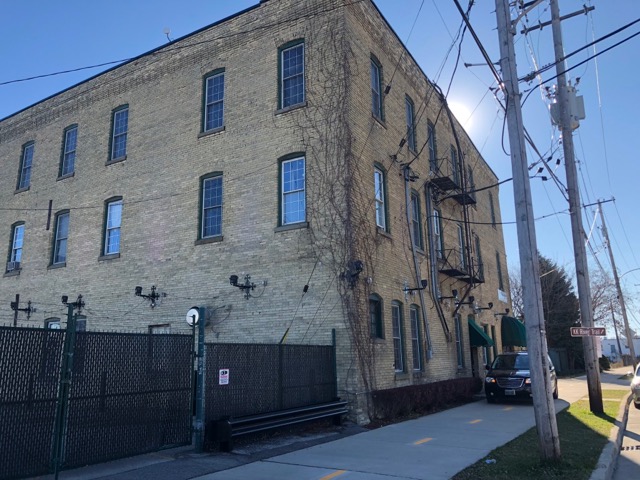 Once renovations are completed, the location will serve not only as a new home for Boone & Crockett (which will be located in the bar at the front of the building), but also as an event space (which will utilize the existing patio) and hub for both the Pedal and Paddle Taverns.

"We've always maintained really great relationships with the folks at both Steny's and the Harp, which have served as hubs for our business," notes Collins. "They've been great and we're so grateful for their partnership. We look forward to continuing to work with both of them moving forward."

Collins notes that the new location will allow expansion for both the Pedal and Paddle Tavern brands, and says plans include putting up to 15 boat slips along the river behind the new location.

Boone & Crockett will remain open in Bay View for the next few months, closing for about a week this spring to accommodate the transition of decor to the new venue.

For those who fear that Boone will lose its cozy, intimate vibe, Revord notes that maintaining the same look, feel and vibe is an important aspect of the move.

"It’s four times larger," he says. "But we’re really going to design is to keep that cozy look and feel, complete with niches for getting away from the crowd."

The building will also house an onsite kitchen that can be used for events, as well as prep for Gypsy Taco. It’s an addition that will allow Ciohon to not only expand his menu, but add lunch hours to the mix.

"There are few people who know the running around that I do to actually make Gypsy Taco go round," he says. "So, this will be pretty amazing."

Thanks to the expanded footprint, Revord says Boone plans to host even more live music acts, as well as a music festival during the summer months.

Additional plans include the addition of a new patio for the bar, which will house the Gypsy Taco trailer, as well as the addition of two commercial retail tenants and a residence that will be rented out through Airbnb.

Revord says that the third floor of the building will also be utilized, although plans have not yet taken shape.

How will the lingering pandemic affect St. Paddy's parties?