At its meeting on Monday, Aug. 3, the City of Milwaukee Historic Preservation Commission approved a proposal to install a container bar called The Dock atop the upper deck of the bath house at Bradford Beach, 2400 N. Lincoln Memorial Dr.

At its 3 p.m. meeting on Monday, Aug. 3, the City of Milwaukee Historic Preservation Commission unanimously approved a proposal to install a container bar called The Dock atop the upper deck of the bath house at Bradford Beach, 2400 N. Lincoln Memorial Dr.

The bar would be a complement to The Dock restaurant that has opened on the upper deck.

The proposal will now go to the Common Council for final approval, and may still need some approvals at the County level.

According to a document describing the project, prepared for the commission, The Dock would place a modified shipping container transformed into a bar on the top deck of the bath house. The container would have seating at the bar but also table seating arrayed around it.

The commission denied the use of three other modified containers that would've served as three-sided cabana-style seating because they were deemed to big for the space. 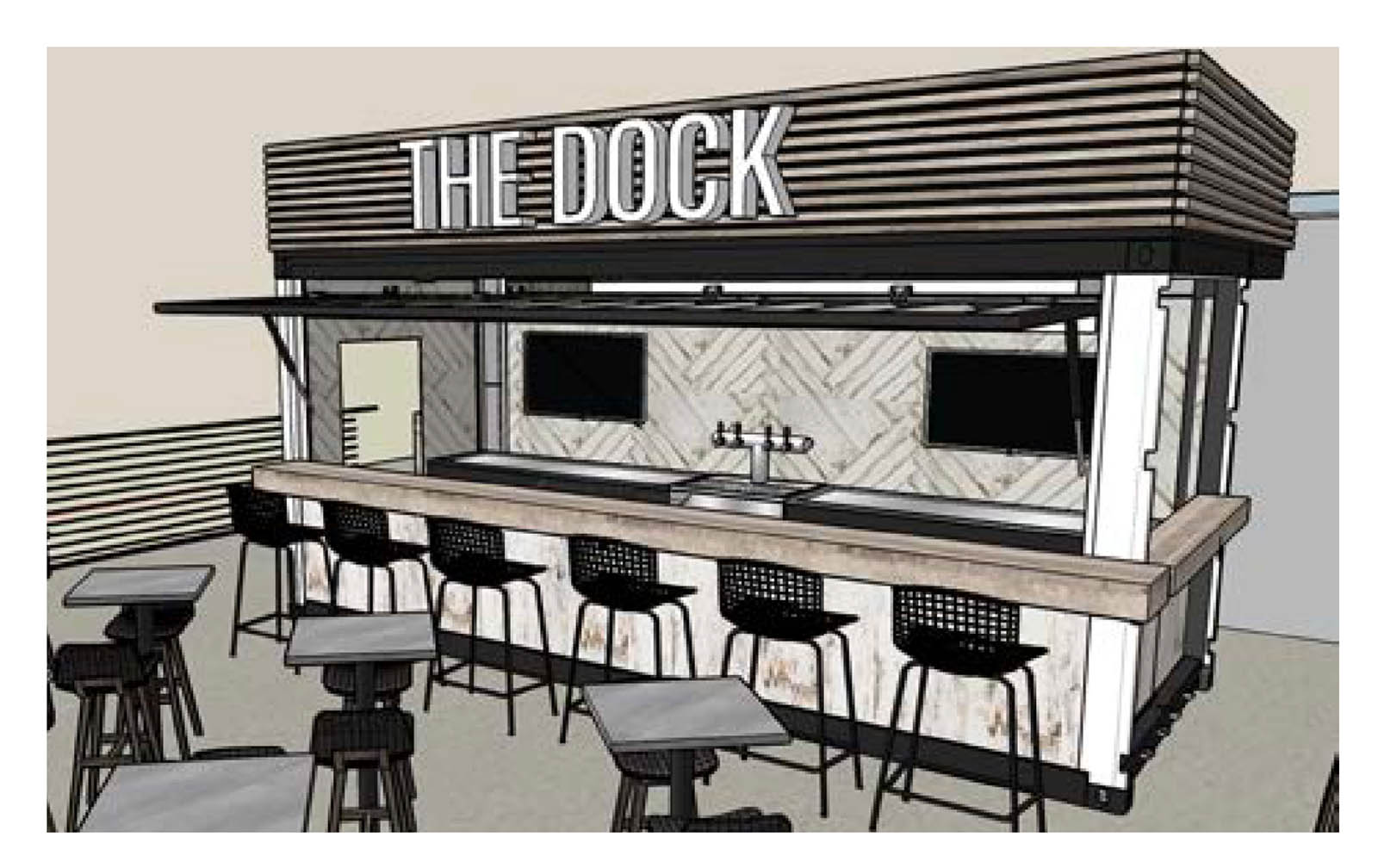 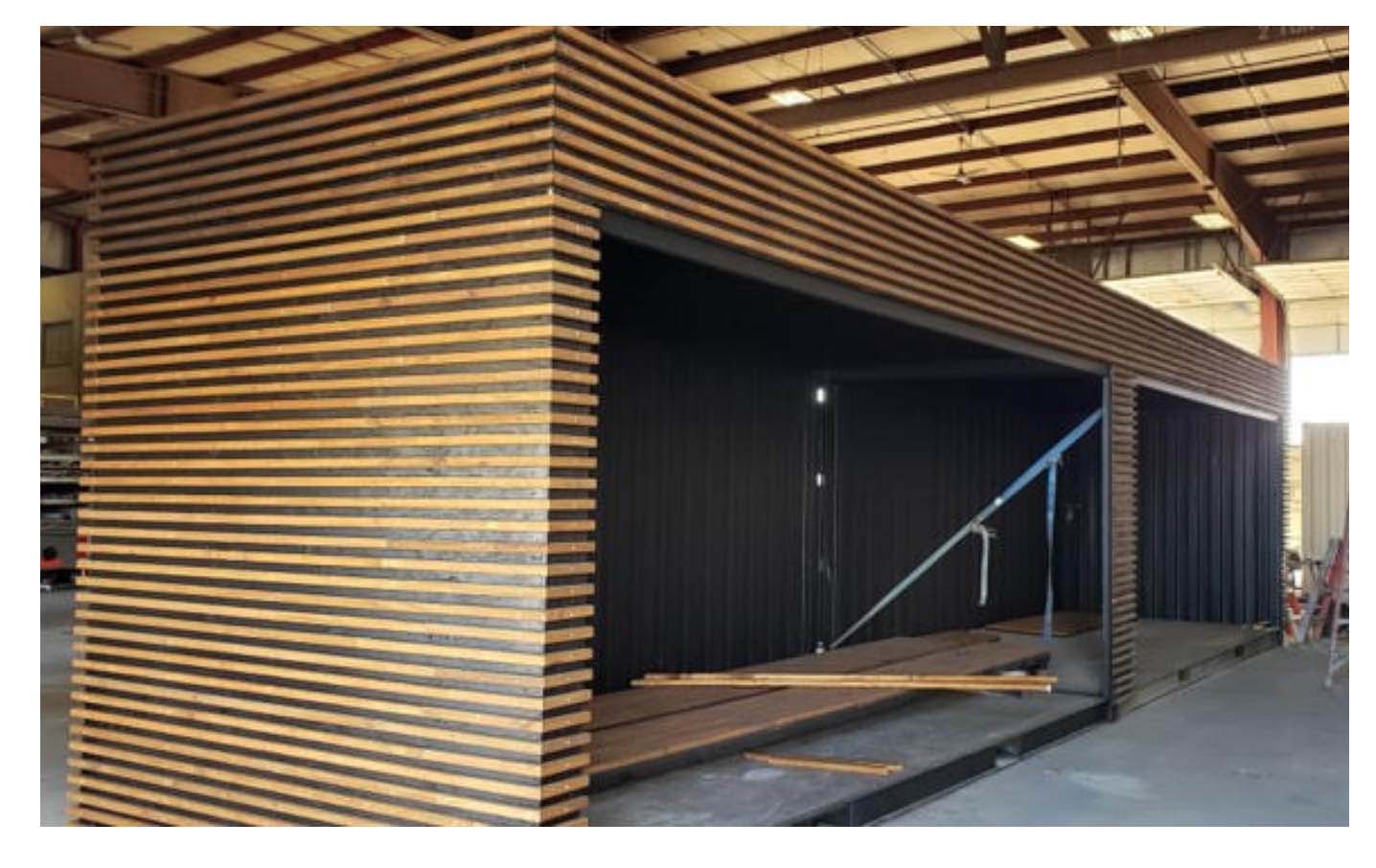 The Bradford Beach bath house – designed by Grunwald and Behrens, and erected in 1949 to replace an earlier one slightly further north – is owned by Milwaukee County Parks. The upper deck and current pedestrian bridge (which also replaced an earlier iteration) were added in 1951.

It is not historically designated by the City of Milwaukee but because it is located in the North Point South Historic District the proposal is subject to Historic Preservation Commission review.

"The objective of The Dock's rooftop renovations is to provide Bradford Beach an elevated, both literally and figuratively, restaurant and gathering space with unparalleled lakefront views, providing the City of Milwaukee a getaway destination right in its own backyard," reads the document. "Housed in the historic Bradford Beach Bath House, The Dock's rooftop seeks to both enhance and pay homage to its unique ship-like appearance with a both industrial and coastal design.

"The rooftop will feature an array of seating options with a weathered/nautical aesthetic for sit-down service, a modern, chic bar, as well as cozy cabana lounges housed in three dynamic 20 foot metal shipping containers. Together, the different rooftop areas including the regular restaurant seating, full service bar, cocktail table array, lounge area, and cabanas, come together to create a versatile space with a modern water-front design."

The project is being pitched by The Dock Bradford LLC of Park Ridge, Illinois. 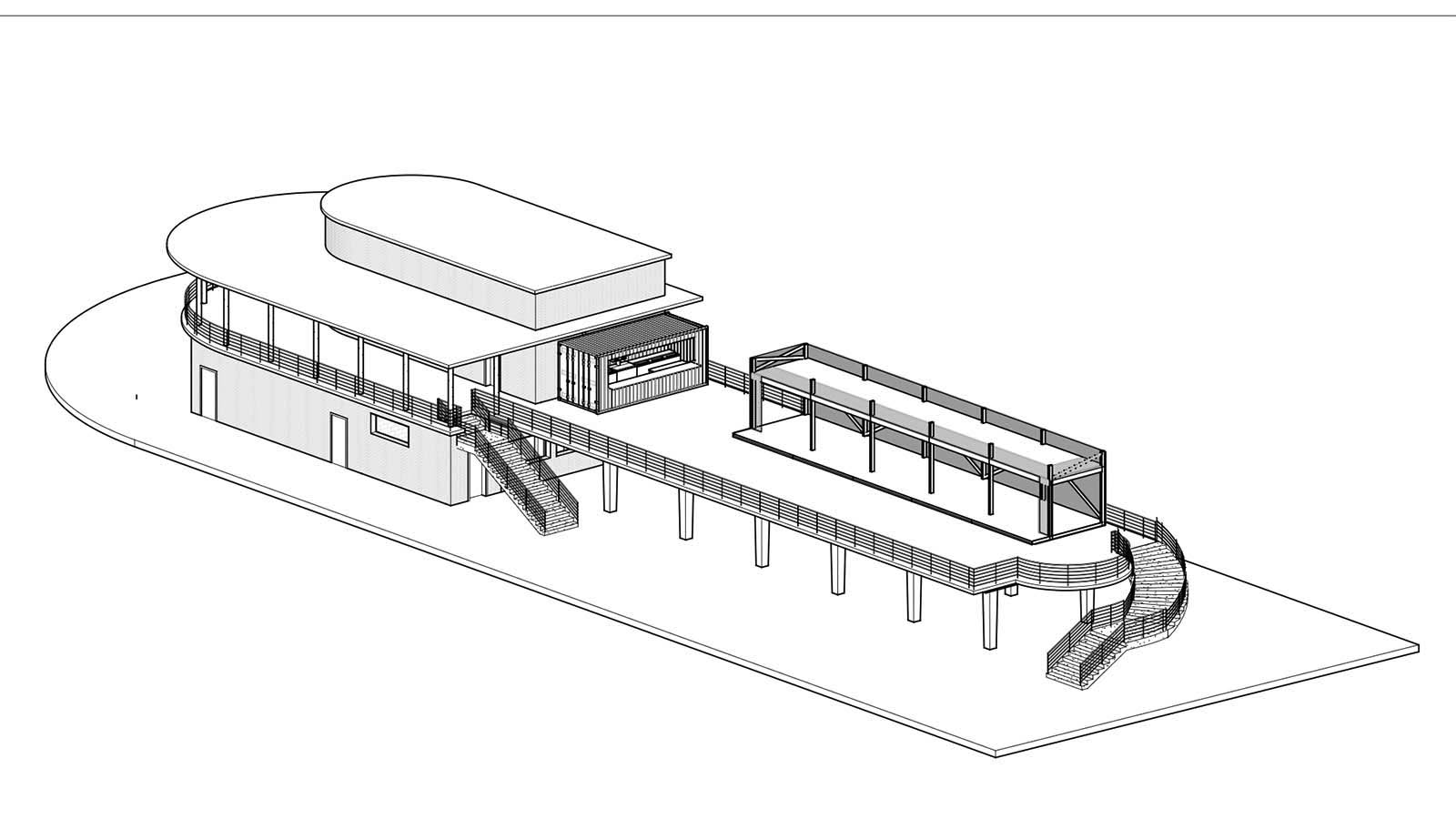 A commission staff report prepared in advance of the meeting recommended approval of the project with some conditions, including denial of a proposed enclosed cabana seating area, a modification of the bar structure and discussion of making the upper level ADA compliant. Currently, there is no means for wheelchair access to the upper level from the lower beach level.

"An addition that is not visible or which is has limited visibility is not possible," reads that report. "With some modifications, the bar structure could be unobtrusive. Detailing should further emphasize the horizontality that is the primary design motif of the original building, particularly on the area below the counter and on the closing panels.

"The empty upper level has been present for decades and constitutes the general public conception of the building. Filling in the upper level with a structure and obstructing sight lines no longer aligns with the building’s character. ... The proposed freestanding furniture and umbrellas are acceptable as proposed."