Milwaukee artists Chris Burke and Ruben Alcantar painted a mural of Breonna Taylor on a building located on the corner of Holton and Locust Streets.

Milwaukee artists Chris Burke and Ruben Alcantar painted a mural of Breonna Taylor on a building located on the corner of Holton and Locust Streets on the border of the Riverwest and Harambee neighborhoods.

Taylor was a 26-year-old African American emergency medical technician who was fatally shot by Louisville police in March.

The new mural is just a couple of blocks from a mural created by the same artists last week of George Floyd, Dontre Hamilton and others murdered by police. 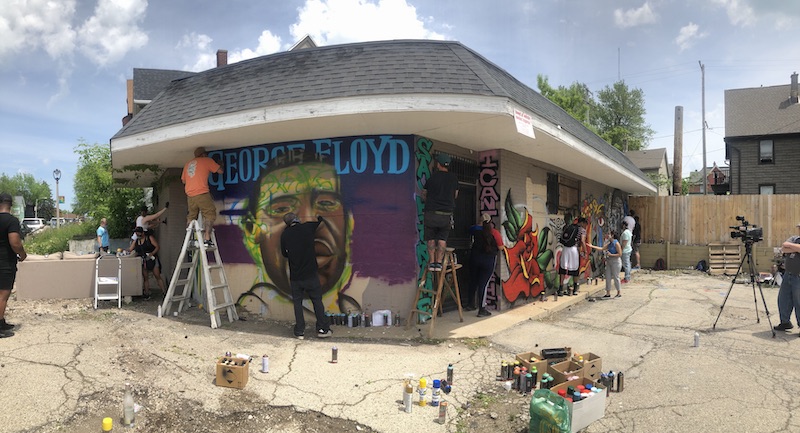 Both buildings are owned by Ishan Atta, who recently told Urban Milwaukee, "I wanted different artists to collaborate, different ethnicities and races to come together."

Another mural is being worked on this weekend of Milwaukee protest organizer and leader Frank Nitty, by the same artists, in an alley near Locust and Holton. According the Facebook event "Civil Rights leaders will be featured (including a focus on Frank Nitty) on the wall as well as powerful and inspiring quotes." Want to help? You can learn more on how to contribute to this new mural here.