Over the weekend, the Milwaukee Brewers celebrated the 35th anniversary of their 1982 American League Championship team. The main event was a reunion of the 1982 squad in an on-field ceremony at Miller Park before Saturday's game against the Phillies.

Over the weekend, the Brewers celebrated the 35th anniversary of their 1982 American League Championship team. The main event of the festivities was a reunion of the 1982 squad in an on-field ceremony at Miller Park before Saturday's game against the Philadelphia Phillies, which the NL Central division leaders won, 3-2.

On Saturday, members of the AL Pennant-winning team took the field again together, led by Baseball Commissioner Emeritus and former Brewers owner Allan H. (Bud) Selig. The 1982 squad was introduced and recognized, and players, coaches and staff met with fans, signed autographs and participated in various activities at Miller Park.

The 1982 Brewers went 95-67 and won the AL East division. They beat the California Angels in the American League Championship Series, 3-2, to advance to the World Series, where Milwaukee lost to the St. Louis Cardinals, 4-3.

Gorman Thomas finished as the AL leader in home runs with 39. Paul Molitor's 136 runs not only led the American League, but also were the most scored in the league since 1949.

Here are 11 photos from the event: 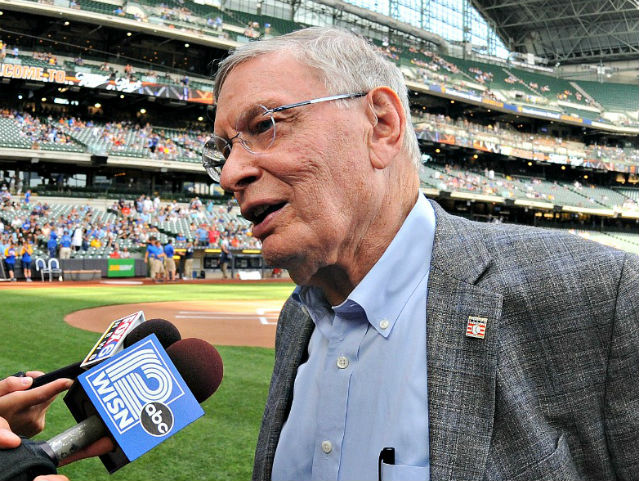 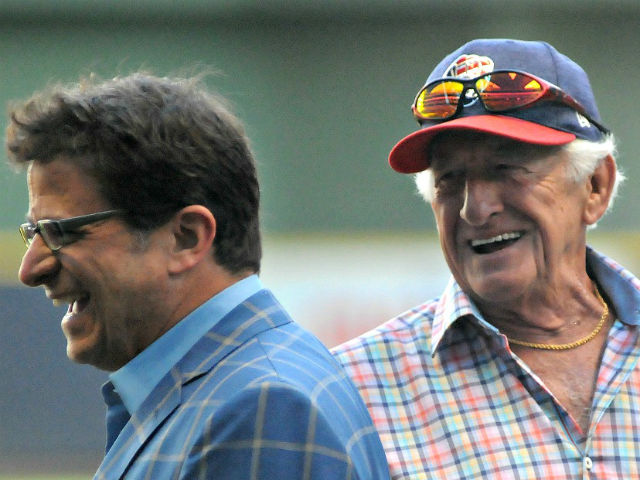 3. Bud Selig and Mark Attanasio talk on the field 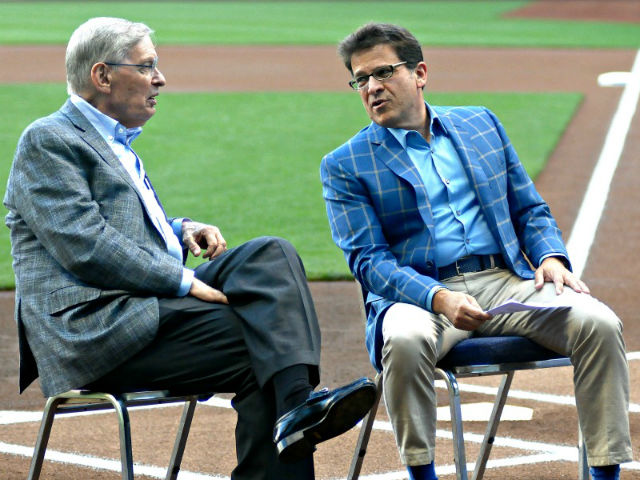 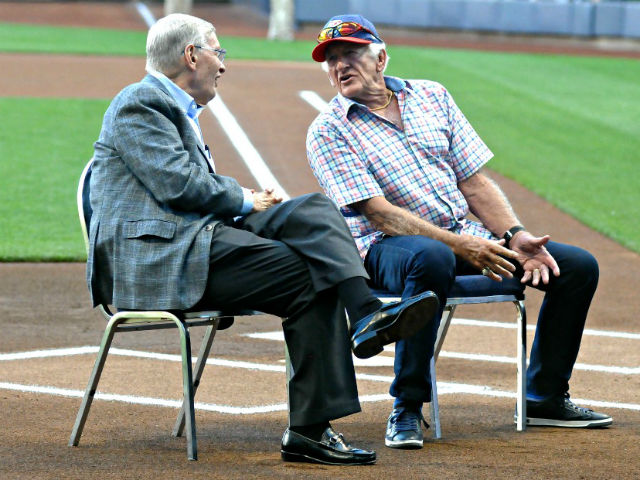 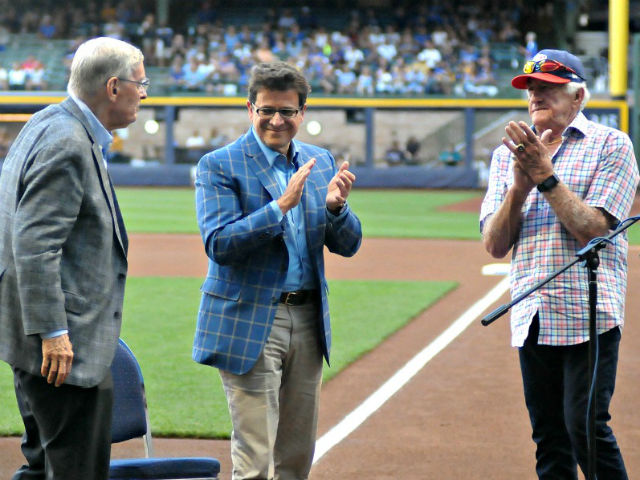 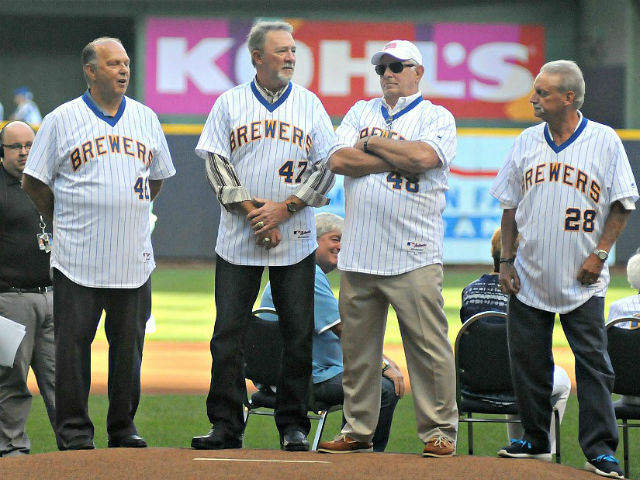 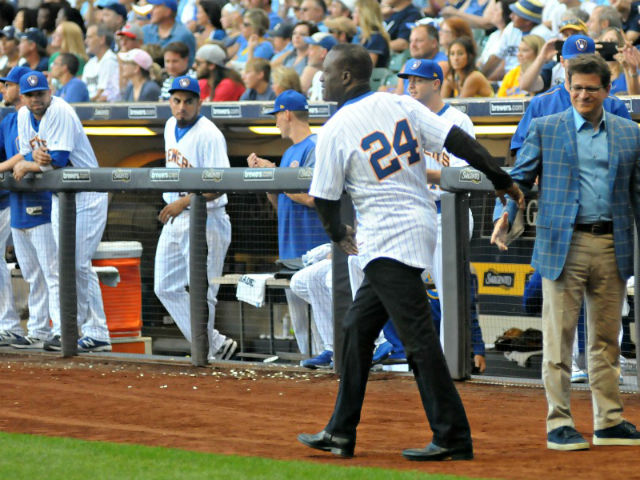 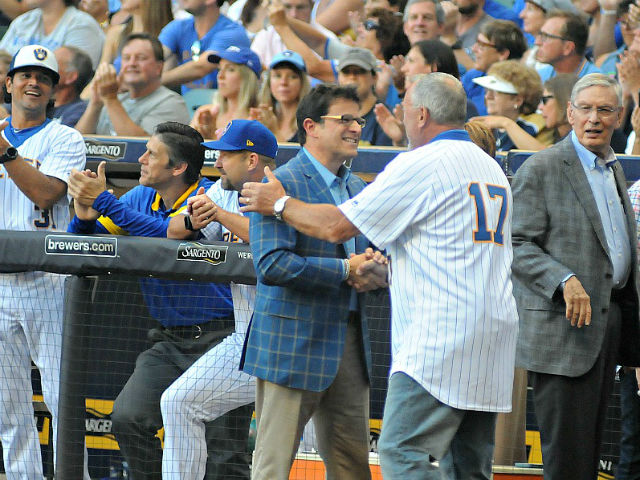 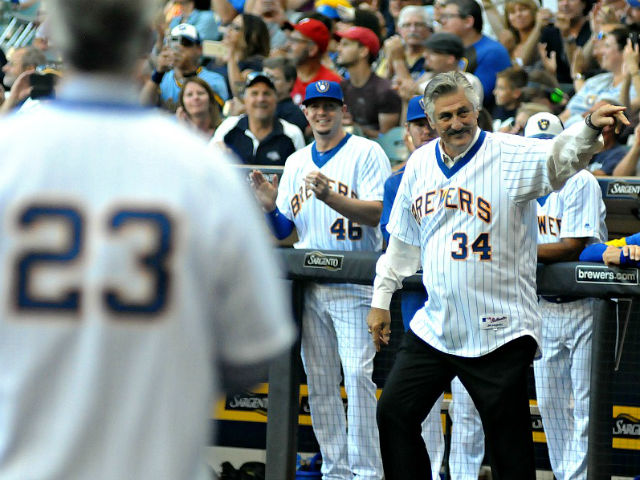 10. Robin Yount walks onto the field during the reunion ceremony 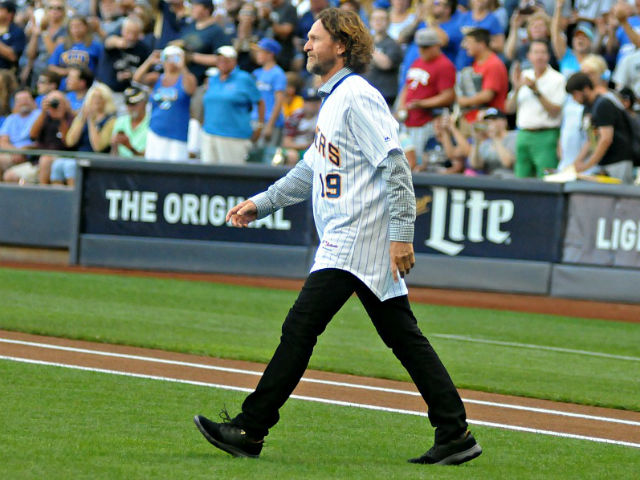 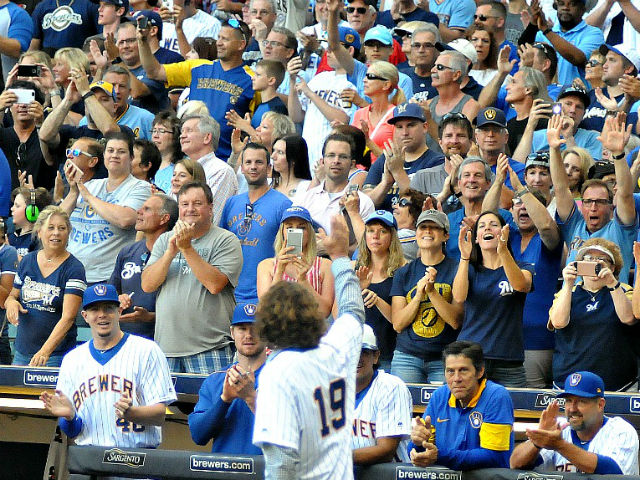