All smiles in the sun, Braun set for spring debut

Ryan Braun is finally going to make his spring debut today as the Brewers host the White Sox in a split-squad game at Maryvale Baseball Park. The veteran holdover will start in left field, hit third in the lineup and is expected to get a couple of at-bats.

OnMilwaukee ventured to the Valley of the Sun with The Big 920 (WOKY) to cover a different side of Brewers Spring Training and find the fun, unique angles – on and off the field in Phoenix – that make the bucket-list trip such a memorable experience for Wisconsin fans. Play ball!

PHOENIX – Ryan Braun has said in the past that he doesn’t need to play much in spring training to be ready for the regular season. But the Brewers' star outfielder still has to play a little bit.

After sitting out all of the Cactus League action so far this year, Braun is finally going to make his spring debut today as Milwaukee hosts the Chicago White Sox in a split-squad game at Maryvale Baseball Park. Braun seemed to be in good spirits before the game, joking with teammates while stretching, laughing off a dropped throw during warmups – initially blaming it on a broken glove he ultimately decided was not broken – and spraying line drives around the field in batting practice. 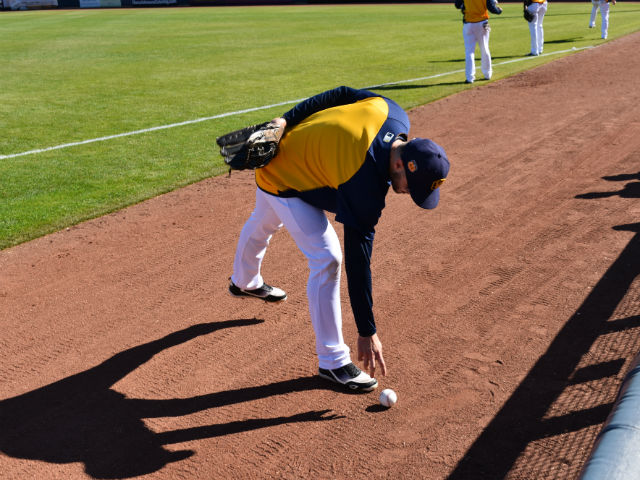 The veteran holdover will start in left field and hit third in the lineup. He’s expected to get a couple of at-bats.

Manager Craig Counsell said the team had planned long ahead that Friday would be the day for Braun’s debut, and the 33-year-old will do more and more as the exhibition season continues and Opening Day – April 3 against the Rockies at Miller Park – approaches. 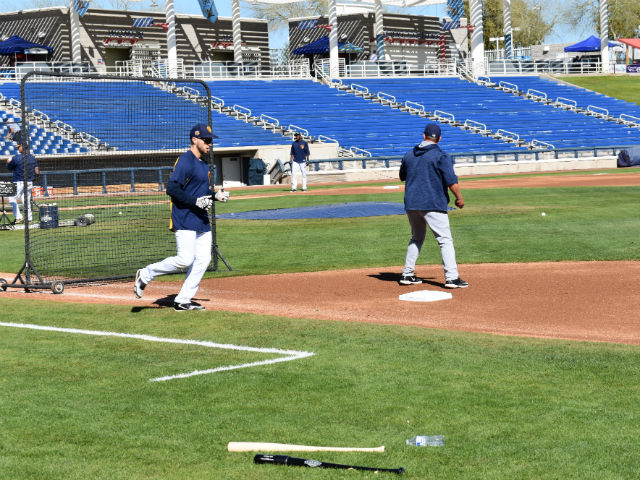 Another notable name in Milwaukee’s lineup Friday was that of 20-year-old Isan Diaz, who will start at shortstop and hit ninth against the White Sox in his first major-league spring training game.

Diaz hit .264 with 20 home runs and 75 RBI for the Wisconsin Timber Rattlers in 2016, winning the Brewers organization’s Minor League Player of the Year award and being selected to participate in the Arizona Fall League. 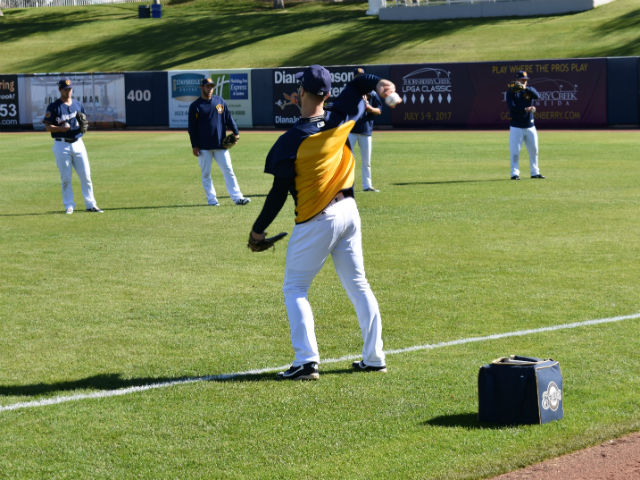 Counsell was asked Friday if he was looking forward to seeing Diaz play with the big-league club.

"Yeah, you know, it’s not a tryout or anything, it’s just to give him an opportunity," Counsell said. "He had an illness for about a week that kind of set him back a little bit, so it’s just because he’s healthy and ready to get going."