Leno gets Briggs & Stratton's rare 6-wheel Hybrid on the road

Did you know that Milwaukee's Briggs & Stratton built a car? Not only did it build a car, but it built an early gas/electric hybrid with six (!) wheels called, wait for it, the Hybrid. Comedian and car buff Jay Leno got a chance to drive it.

Did you know that Milwaukee’s Briggs & Stratton built a car?

Not only did it build a car, but it built an early gas/electric hybrid with six (!) wheels called, wait for it, the Hybrid.

I should point out that the Hybrid was not the first Briggs car. In 1919, the young company bought the rights from A.O. Smith to build the Smith Flyer, a no-nonsense, lightweight "cyclecar" that was recently on display at MSOE’s Grohmann Museum as part of the "Magnificent Machines of Milwaukee" exhibition.

The Hybrid, however, which is pretty sporty looking for its era, was designed by Brooks Stevens with help from his son Kip.

Jay Leno – a well-known car enthusiast – featured the vehicle in an episode of his TV series "Jay Leno’s Garage."

Not only did Leno get a shot at driving this car – a 1980, in the wake of the 1970s oil crisis – he took a deep dive under the hood and into the history along with Briggs engineer Craig Claerbout, who said the car hadn’t been out on the road since about 1988

The Hybrid program started in 1978 as a way for Briggs & Stevens to show Detroit that its smaller motors could be used in automobiles.

"They never had the intention of going into the automobile business," Claerbout told Leno. "What they did is they tried to show that cars can be made with smaller engines to try and get to our market, our size engines. Cruising on the highway you only need 14 to 20 horsepower to stay cruising and we have engines in that range. This answered that question of how are you going to get up to speed ... and maintain the gas engine at that speed." 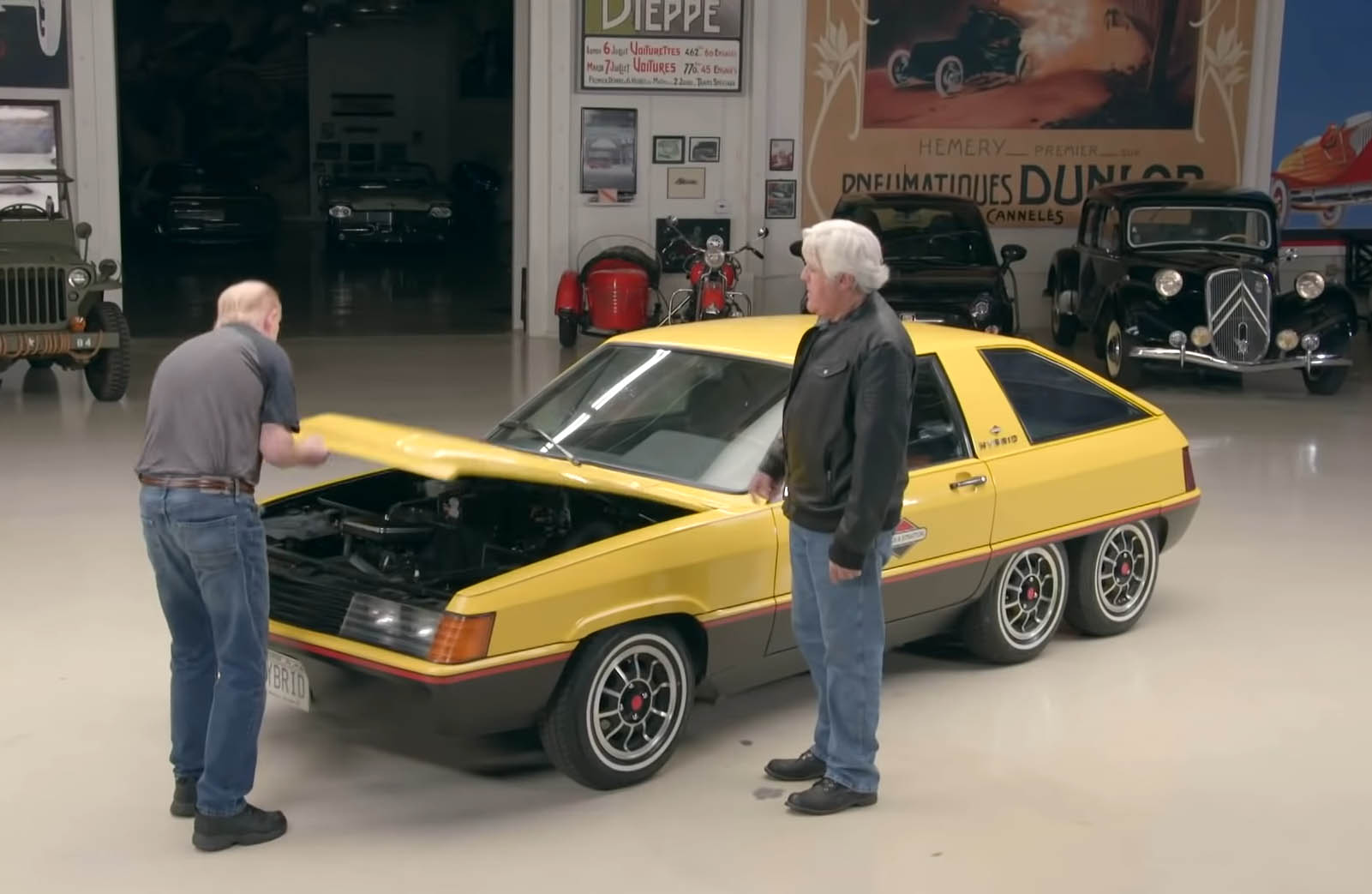 Briggs & Stratton was founded in 1908 in Milwaukee by Stephen Foster Briggs and Harold M. Stratton and is today based on North 124th Street, just north of Burleigh, in Wauwatosa. These days it’s best known for its small engines that power many of our lawnmowers.

Claerbout told Leno that the car – with 4-speed manual transmission and 72 volts of power from six batteries – has front suspension and steering from a Ford Pinto, and doors, windshield, and dashboard from a Volkswagen Scirocco.

The bulk of the body was custom built to Stevens’ design.

So why were there six wheels?

Well, because it looks cool and unique, right?

The extra set of wheels in the back were there to provide another axle to support the additional weight of the batteries, said Claerbout.

You can watch the entire episode here: