Bucks unveil "glimpse into the future" with $1 billion Downtown district

The ownership of the Milwaukee Bucks officially unveiled the images and the plans for not only a new arena, but for an entertainment district just north of the BMO Harris Bradley Center.

"This is the beginning of making this real," said Milwaukee Bucks' president Peter Feigin, who, along with Mike Fascitelli of the ownership group, and architects Brad Clark of Populous and Greg Uhen of Eppstein Uhen (and Mark Kaminski, a senior planer at HNTB Corp.'s Milwaukee office) officially unveiled the preliminary renderings of what a new multi-purpose arena and Downtown entertainment district could look like.

The plan called for the district to be built in the currently undeveloped areas north of the BMO Harris Bradley Center, and in the BMOHBC’s current location once it's demolished.

"We’re not inventing something brand new here," said Fascitelli, the former chief executive officer and president of Vorndado Realty Trust in New York, which owned the Merchandise Mart in Chicago and office structures around Madison Square Garden in New York.

"We’re just trying to take the best ideas and bring them up to 2020, and ’15, and basically implement them." 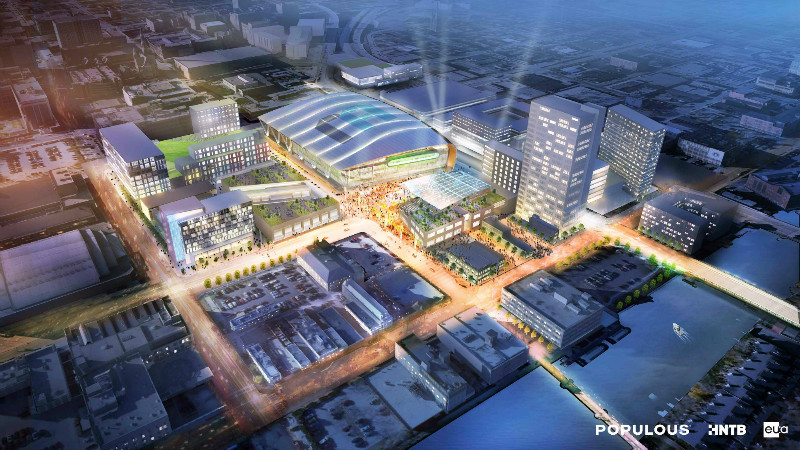 Bucks co-owners Wes Edens and Marc Lasry were not at the press conference. A team spokesman said Edens was en route to Milwaukee for the game tonight against the Cleveland Cavaliers.

No city or county leaders spoke, but president of the Metropolitan Milwaukee Association of Commerce president Tim Sheehy did attend.

Feigin and Fascitelli said the hope is that this district can connect a variety of neighborhoods and structures, and will include all kinds of development.

Milwaukee-based ScopeBridge, LLC, created a 2D model for OnMilwaukee.com to show how it could connect the new arena area to the river – an important part of the owner’s plan, dating back to the group’s initial interest in the Journal Square. 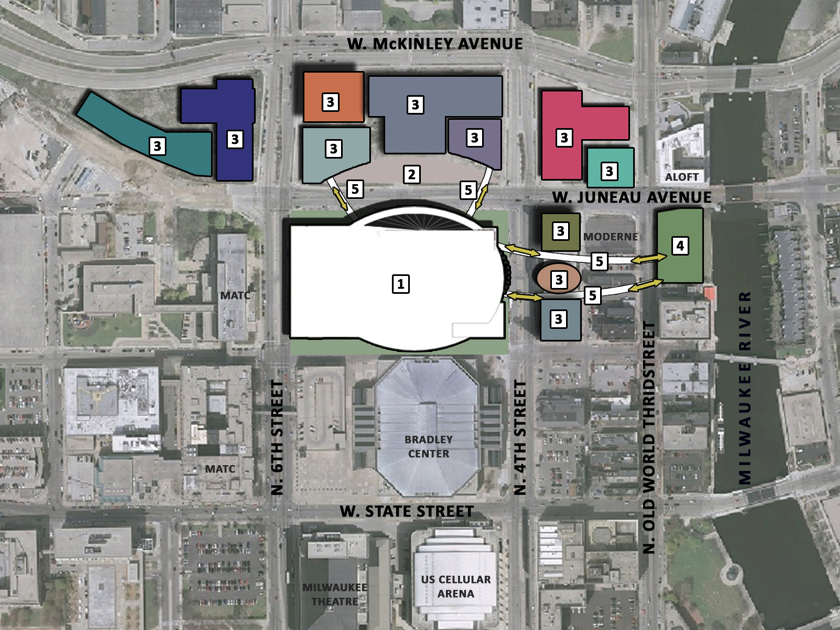 The Bucks hold out hope to begin the construction process in the fall if a budget is ratified in late June, with an opening of the arena in 2017.