It was one year ago today that former Wisconsin Sen. Herb Kohl introduced Wes Edens and Marc Lasry to the city of Milwaukee as the new owners of the Bucks franchise. The pair would not, formally, be considered the owners by the league for a few weeks yet - but the press conference on April 16, 2014 signaled the start of a new era. A lot has happened in 365 days. Read on for some of the big moments.

It was one year ago today that former Wisconsin Sen. Herb Kohl introduced Wes Edens and Marc Lasry to the city of Milwaukee as the new owners of the Bucks franchise.

The pair would not, formally, be considered the owners by the league for a few weeks yet – but the press conference on April 16, 2014 signaled the start of a new era.

Let’s take a look back at some of the big moments: 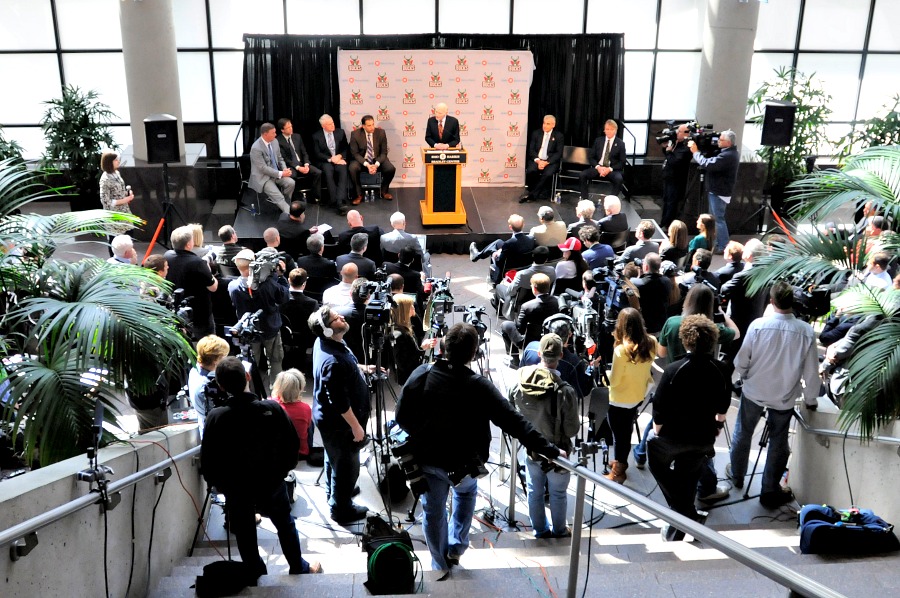 In a relatively surprising move – just based on the speed of it all coming together – Marc Lasry and Wes Edens were introduced as the new owners of the Bucks … less than a month after visiting the Cream City for the first time. The duo paid a half billion dollars for the franchise, and immediately stated their intention of keeping the team in the city. 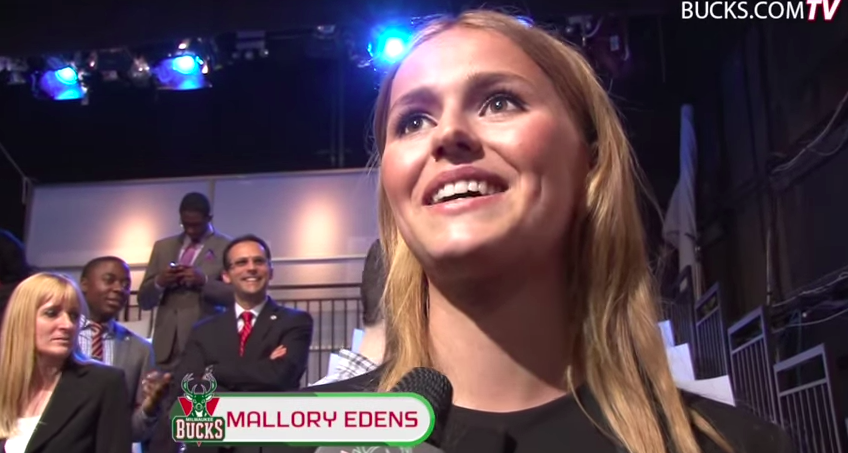 This was a big moment for the Bucks as the team secured the No. 2 pick in the June draft. And, the internet went crazy for a girl named Mallory. 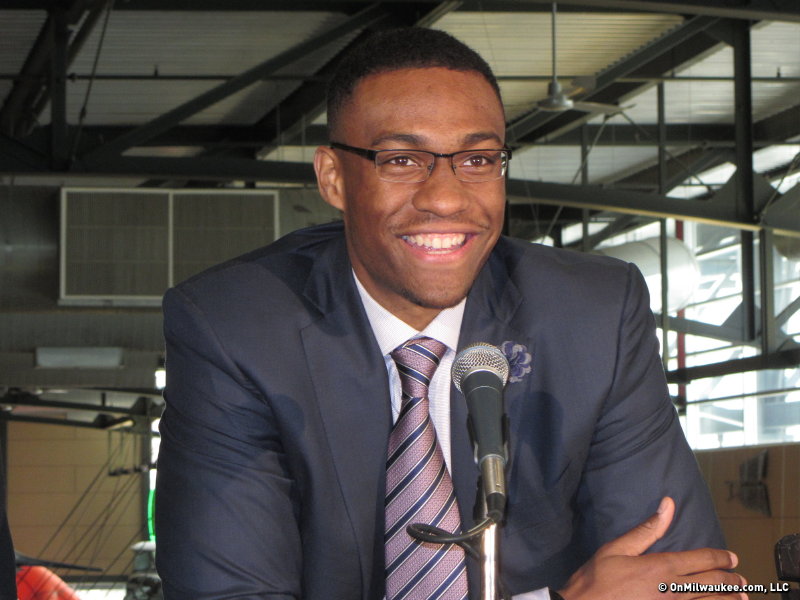 Even picking No. 2, the Bucks got the guy they – and many fans – wanted all along in Parker, the teenager from Chicago who played one season at Duke University. Though he was lost to an injury early in the season, the team has been constructed around a player many feel will be a perennial All-Star. 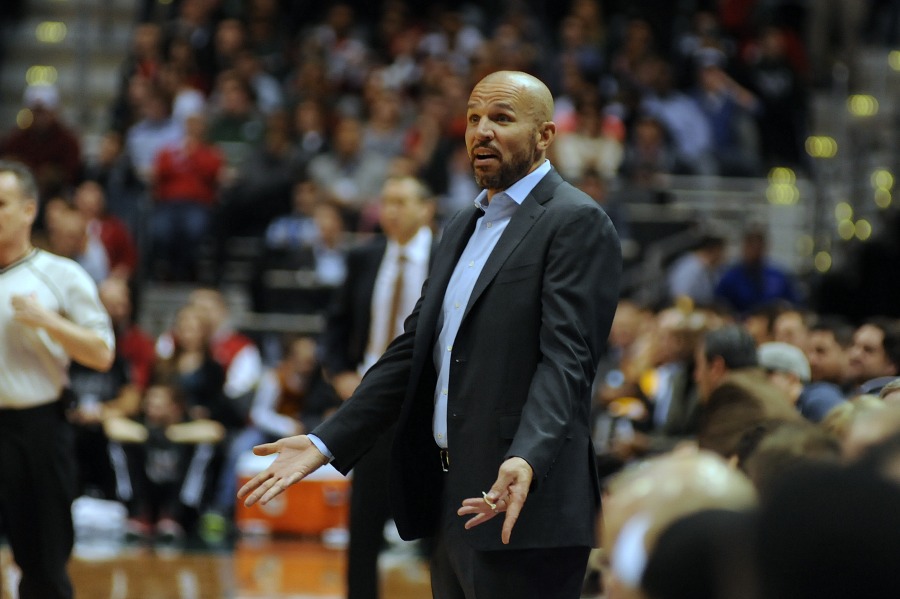 The new owners made a huge splash in July when they acquired head coach Jason Kidd from the Brooklyn Nets for two future draft picks. The deal made national news, in part because of the admitted naiveté of the new owners in handling such matters in a very public sport.

On the eve of the season, people got a first look at where an arena may go, and learned that access to the Milwaukee River would be a big part of the owner’s vision for a complex. 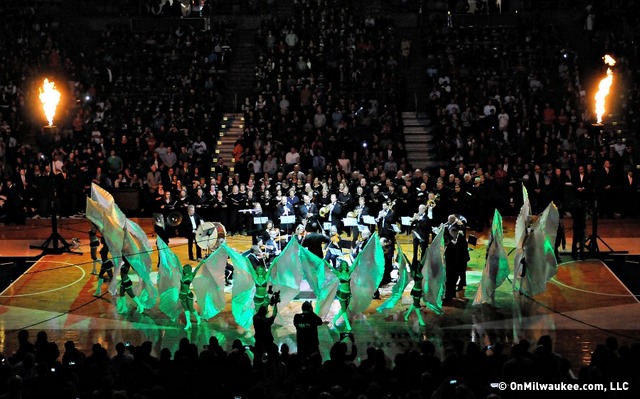 The new owners welcomed the fans to the BMO Harris Bradley Center, and went all out, bringing in comedian Frank Caliendo and the Milwaukee Symphony Orchestra for introductions. 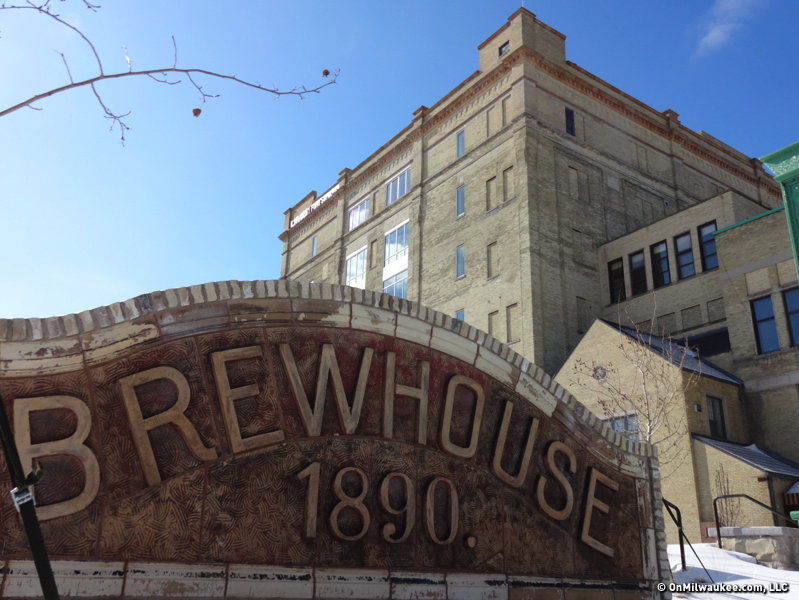 As an organization, the Bucks had offices spread throughout the city and into St. Francis – the new owners wanted to bring everyone together. They started that in February, with the opening of the team offices in Schlitz Park.

8. "Owning the future" with a big trade 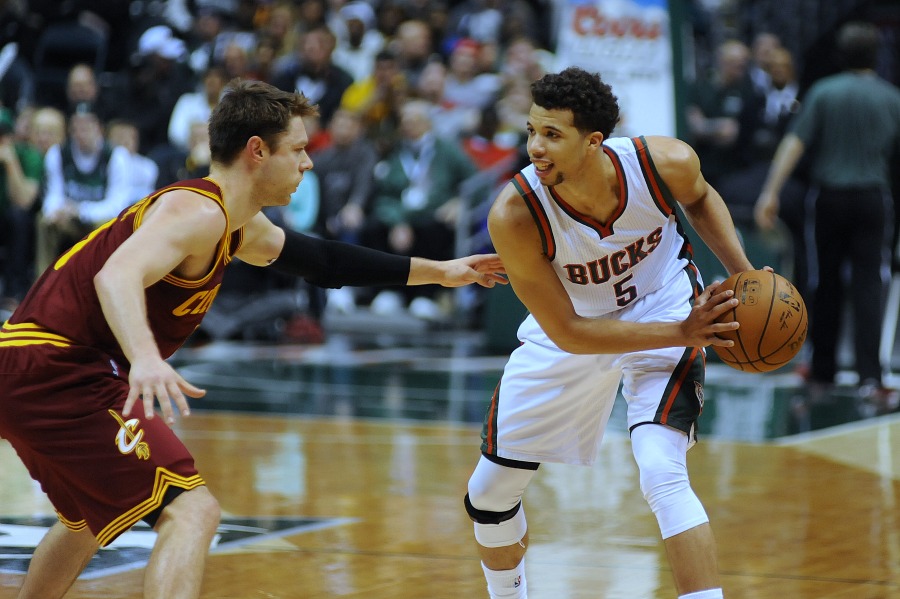 Yes, Brandon Knight was popular and the team was "overachieving" with 30 wins at the All-Star break, but neither prevented the ownership from sticking to its long term plan.

Illustration: Jason McDowell
It was only a matter of time before the new owners wanted to put their stamp on their team, and one of the biggest changes would be the re-branding of the organization, which included the logo and team colors.

10. The unveiling of the arena district 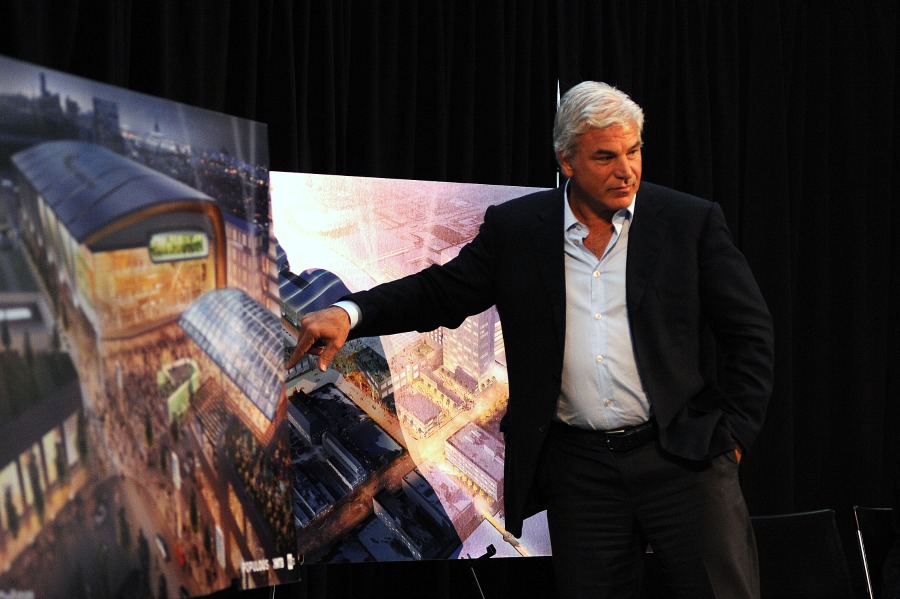 There is a lot of work yet to be done on many fronts, but less than a year after taking control of the team, they released renderings of what a Downtown entertainment district – with the arena as its heart – could look like.