Bumstead will bring more than provisions to Bay View

The concept is still a ways from opening, but we wanted to get to the bottom of what the Bumstead Provisions concepts was all about. So, we talked with the owners, Devin Eichler and Mike Bodow.

If you’ve been paying attention, you probably already know that a hot new spot called Bumstead Provisions -- a combination grocer-deli-restaurant --  is moving into the former ReThreads and hardware store buildings at 2671-75 S. Kinnickinnic Ave. in Bay View.

Provision shops are a growing trend among restaurant concepts, and they’re popping up all over the U.S. in cities like New York, Chicago, Austin and San Diego.

And while the concept might seem strange at first, it has broad appeal for  food lovers who spend  a significant amount of time traveling from farmers markets to cheese shops to specialty grocery stores to get all of the items they want for a meal.

Milwaukee spots like Story Hill BKC hint at the concept -- offering customers the opportunity to shop for beer and wine right at the restaurant -- but Twelve12 Hospitality owners Devin Eichler and Mike Bodow are taking it one step further with the addition of a deli and boutique grocer.

Eichler is an English major - turned restaurateur who grew up in the Milwaukee area and has held down held down pretty much every restaurant position in the book, including dishwasher, cook, bartender and server. He actually worked as a brewer at Waterstreet Brewery right before opening Crafty Cow.

Meanwhile Bodow was raised in the San Diego area. He studied marketing at Arizona State before working for a series of restaurants in California and Las Vegas and eventually joining the team at New Bohemia, a craft beer hall in Minneapolis, MN. That’s where he met Eichler.

"I’d moved to Minneapolis to get my degree," says Eichler, "And while I was there, I worked in the industry. Mike and I got along really well and we always talked about opening a place together. We put together business plans, came up with concepts. But, we were working nonstop, so we never made the time to move any of them forward."

But, when Eichler moved back home and opened Crafty Cow last December, the two joined forces. Bodow flew back from Las Vegas, where he had been working, and they hatched a plan for their next project, a restaurant in the Bay View neighborhood. But, neither expected it would be Bumstead Provisions.

"The building really played a big part in this concept," says Bodow, "We were originally thinking of moving forward with another restaurant. But, once we saw the space, we knew we had to move on it."

The vintage hardware store -- elements of which will be kept intact, will become the deli. 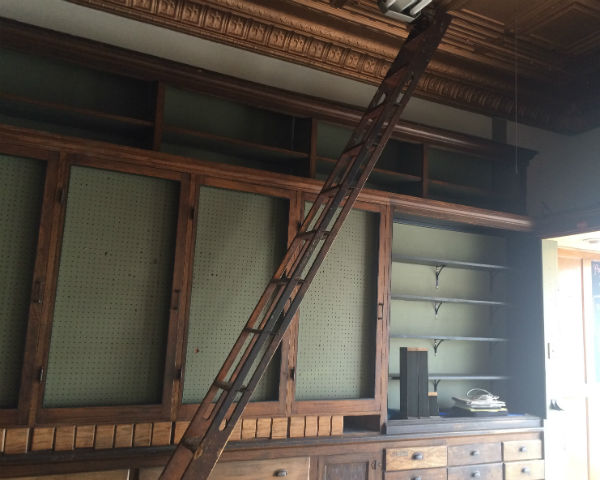 Cold storage for beer and wine will be built in, and artisan products will be stored on shelving along the north wall, much as hardware merchandise was. 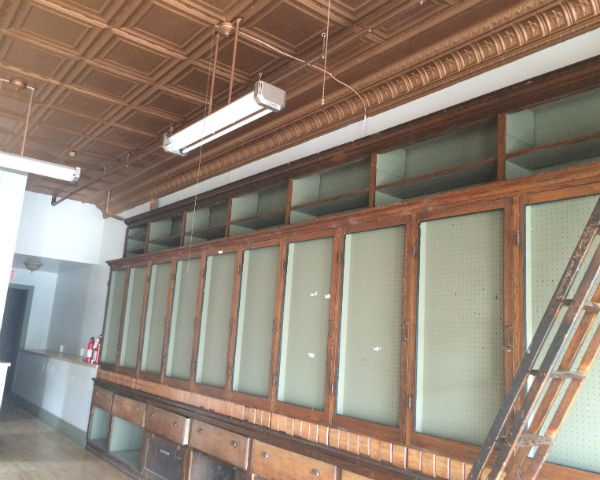 And cool details -- like the metal stamped ceiling -- will be preserved as part of the space's charm. 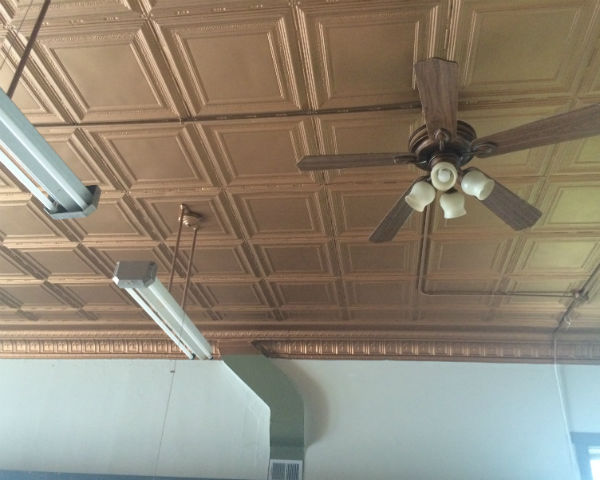 The concept, says Eichler, pulls together numerous things they love -- including a craft beer bottle shop, an inventive deli, and a high end grocery -- into one place.

"It will be a place where you can find the ‘best of the best,’" says Bodow, "Artisan goods, some local... all really amazing stuff."

"And the deli will carry awesome things like pheasant, ostrich, wild boar, rattlesnake and rabbit," says Eichler, "Along with steaks, burgers and sausages."

But the focus, both agree, will be on the restaurant and bar, which promises to offer great food and drink, along with excellent service.

"Here, the service industry is a career and passion for so many people," says Eichler. "It’s a place where the term ‘career waitress’ or ‘career bartender’ isn’t a bad thing. So, we’re excited to bring some of the best people we can find on board."

Bodow says Bumstead Provisions is likely to open sometime this fall -- probably October -- but the next few months will be all about building relationships.

"That’s number one," he says. "We’re hanging out in the area, creating relationships with other restaurant and bar owners. And meeting people."

Eichler agrees. "We’ll be doing a lot to connect with the community in the months before we open," he says. "In part because we want people to be excited about what we’re doing. And in part because we just like to meet people and drink beer with cool people."

One of the concepts they’d like to hatch in the coming weeks is a business card campaign centered around creatively constructed balogna sandwiches, an option they’ll eventually serve at the restaurant.

"We’re just going to start handing out business cards to people that say ‘Invite me to your party and I’ll bring balogna sandwiches,’" says Bodow. "It can be an office party, a house party... it doesn’t matter. We’ll show up with sandwiches. And we’ll drink beers with you and it will be awesome."

Watch OnMilwaukee.com for more details as we follow their progress.