Former Brewers pitchers Dave Bush and Seth McClung spent a lot of time standing for the national anthem during their careers. Like their teammates, rising was expected of them before every game, so when Colin Kaepernick made a statement by refusing to stand before an exhibition game last week, ex-players took note.

Former Brewers pitchers Dave Bush and Seth McClung spent a lot of time standing for the national anthem during their careers.

Like their teammates, rising and removing their camps was expected of them before every game in the major and minor leagues. So when 49ers quarterback Colin Kaepernick made a political statement by refusing to stand before an exhibition game against the Packers last week, ex-players took note.

While many observers are having a field day analyzing Kaepernick from outside the lines, Bush and McClung look at the situation a little differently.

Bush, who pitched for the Brewers from 2006-2010, says, "For me, standing for the anthem was part of the pre-game routine. It gave me a moment to collect my thoughts and catch my breath before the start of the game."

Bush pitched in Canada and in South Korea and always stood for their respective anthems.

"Simply enough, standing up just felt like the right thing to do," he says. "I've played and coached all over the world, and no matter where I am or what country's anthem is being played, I feel like it's appropriate to stand and honor the flag. That being said, it was strictly a personal feeling."

However, he says he doesn't judge Kaepernick for his decision to stay seated.

"If one of my teammates didn't want to stand, then that would be his choice and wouldn't affect my relationship with him at all. I never felt comfortable using sports as a way to make a social statement, but I admire the willingness of those who do," Bush says. "Through baseball, I've met people from all different backgrounds, races, ethnicities and cultures. Each one of us views the world differently, and we all have the right to express those views in any way we choose, even, or especially, when we know others will disagree."

McClung, who pitched for the Brewers from 2007-2009 but also played in Mexico and Taiwan, says making a political statement in a team sport can actually hurt the team.

"I don't know how many people were on the (49ers) roster at that point, but when 50 of your supposed brothers are standing up, you're really separating yourself at a team sport," says McClung. "I just feel like that's not the place or the time."

He notes that athletes like Mohammed Ali were speaking only for themselves because boxing is a solo sport, and while he believes that Kaepernick has the right to express himself on social media, by doing it at a game, he’s compromising the locker room chemistry.

"Now he's put his teammates in a situation where they're answering questions about it and this, that and the other thing," says McClung. "Had he done it in a way that was only on his terms, as far as his medium, it would have been one day of questions and then move on." 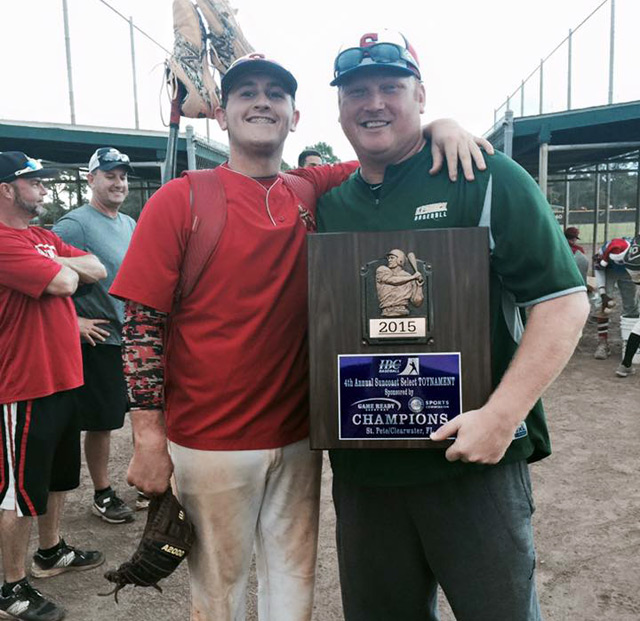 Adds McClung, "I’m not saying that I agree with the stance one way or another. What I'm basically saying is if your stance becomes a distraction to the team, then it's a problem. You can't be in a 9-to-5 job at Bank of America or wherever and wear your protesting shirt to work. You're going to get fired.

"Basically what I think is too many times athletes don't understand that this is a job. You're at a place of work. You have a uniform. You need to wear that uniform and represent your team the best way that you can."

On a related note, Bush isn’t a fan of the playing of "God Bless America" during the 7th inning stretch, a relatively new tradition that became common after Sept. 11.

"It always felt forced and disruptive to the flow of the game," says Bush." Honoring our country with the national anthem before the game, yes; stopping the game two hours later to essentially do the same thing again, no thanks."