Grab a bite, have a beer: Camino's beer garden is an unexpected urban oasis

In 2015, Walker’s Point was in the midst of a revival. The area around South 2nd Street was exploding with new food and beverage venues.

Among the myriad openings was a low-key craft beer bar called Camino.

"I really wanted to open a place that showcased the best of American craft beer ... And I wanted it to be casual, accessible, simple," noted owner Casey Rataczak in the weeks before the bar opened at 434 S. 2nd St. 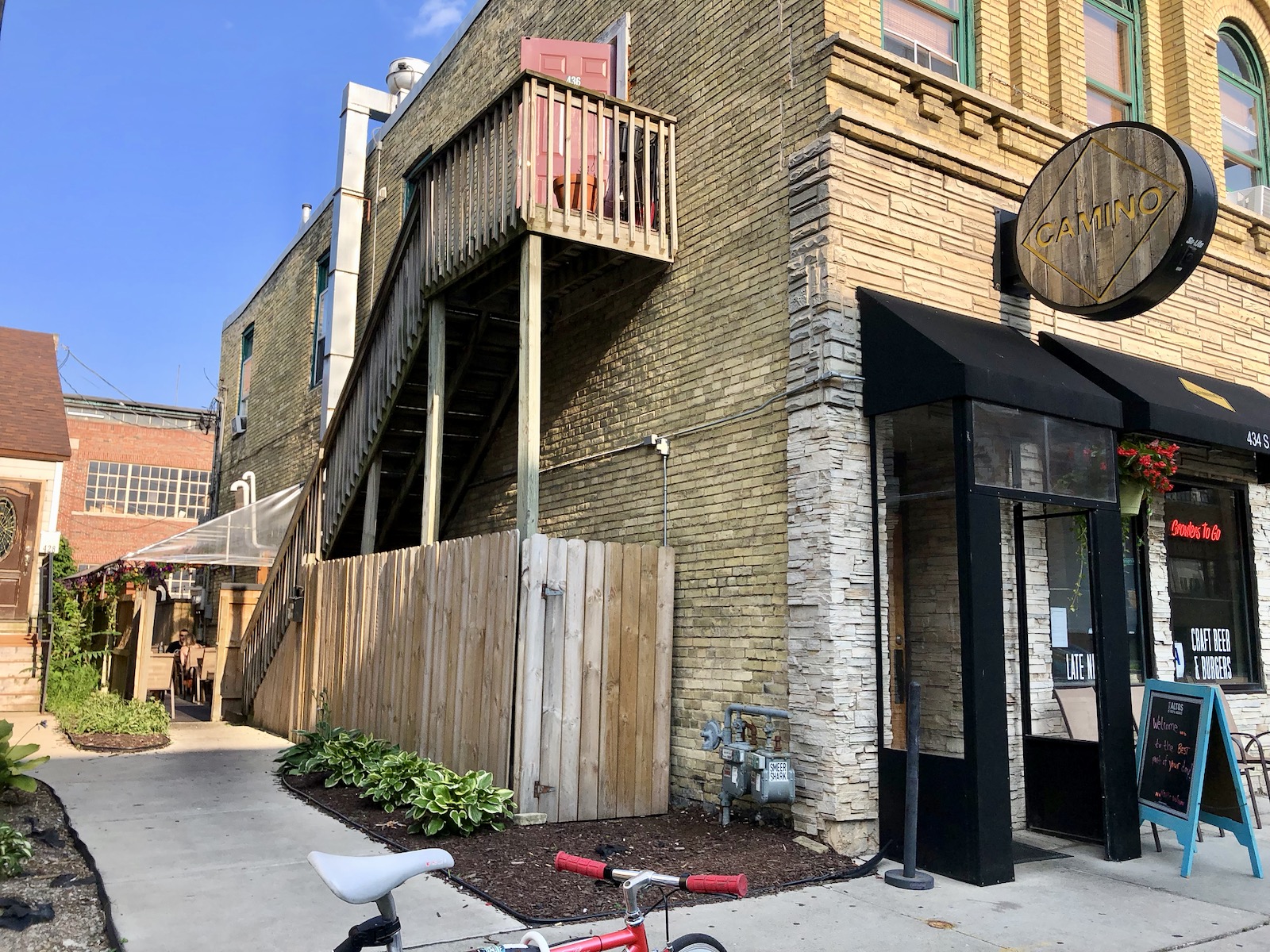 What he didn’t anticipate was that his from-scratch bar menu featuring exceedingly well executed burgers, inventive sandwiches like a beet reuben and a Brussels sprouts grinder and some of the city's best house-made fried cheese curds would eventually catch on like wildfire. 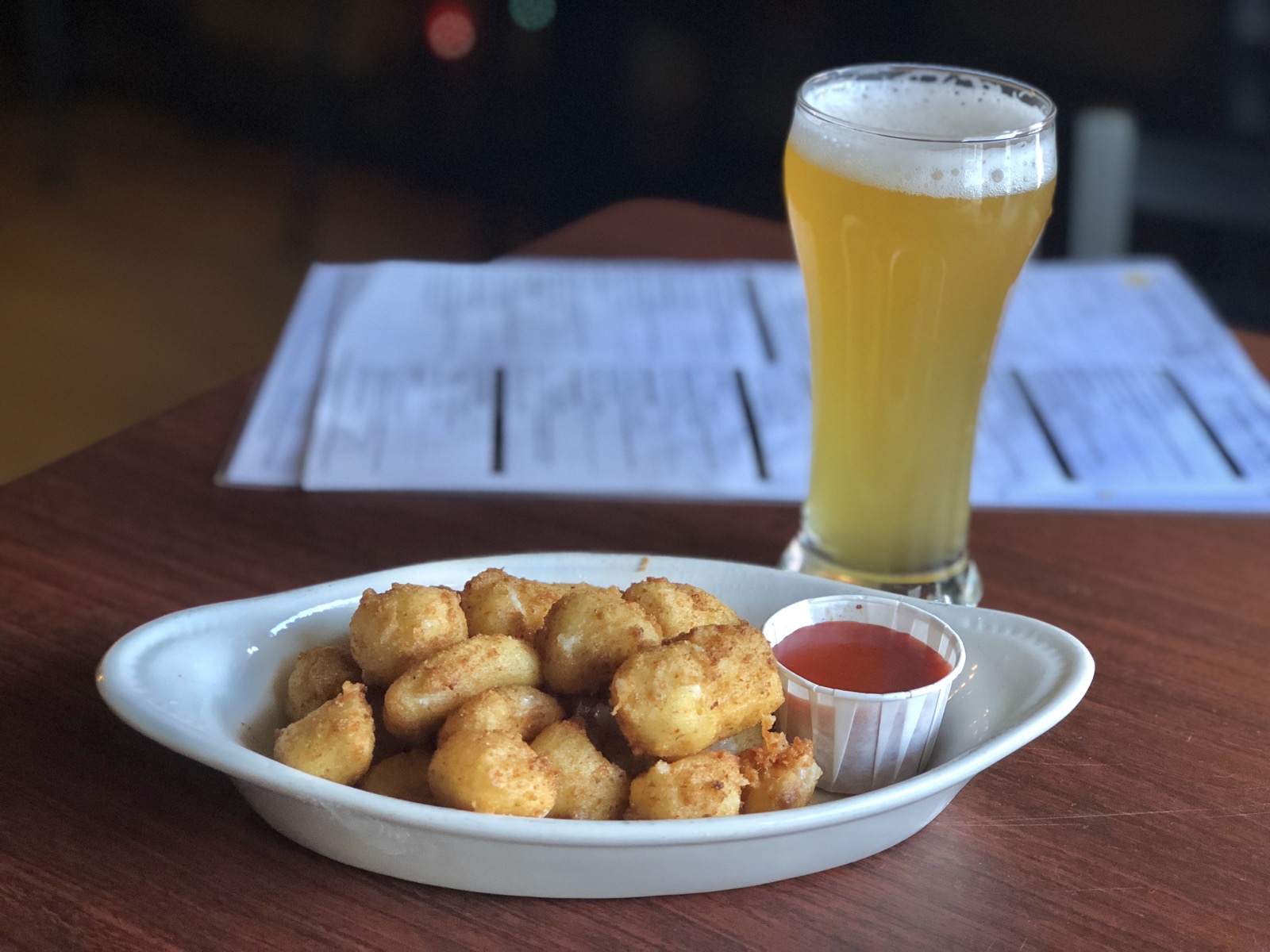 "It took a while for people to warm up to what we were doing," Rataczak says. "But now we’re busy all the time. We entertain business lunches on weekdays and people pack in for dinner at night. But the bar I envisioned has really become more of a restaurant with a great beer list."

Ahem. It’s also a spot with a really great patio. 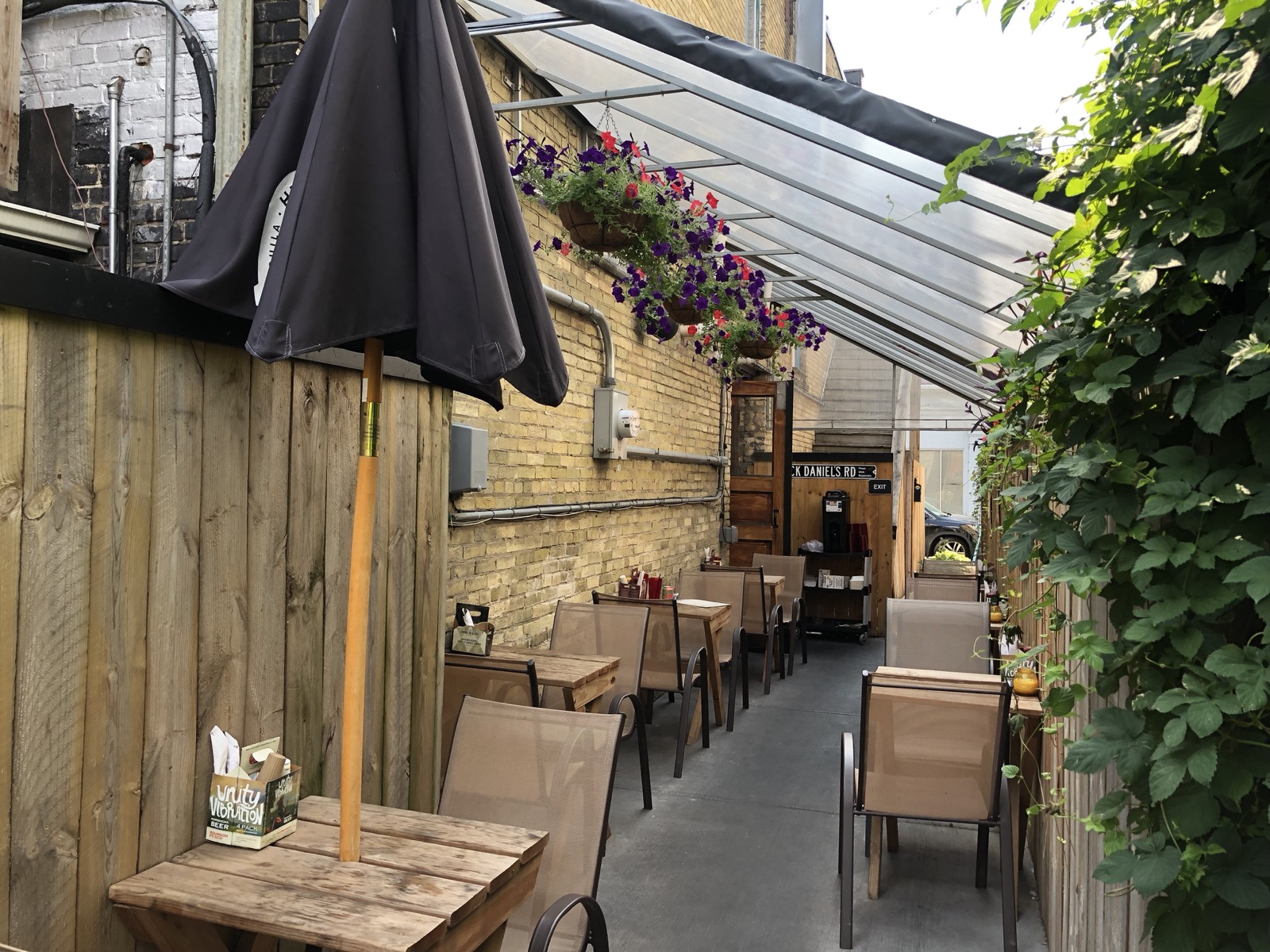 "The beer garden is a bit like a green, wooden oasis in a concrete jungle," says Rataczak of the remarkably large galley-style wrap-around patio which surrounds the north and east sides of the bar and restaurant. 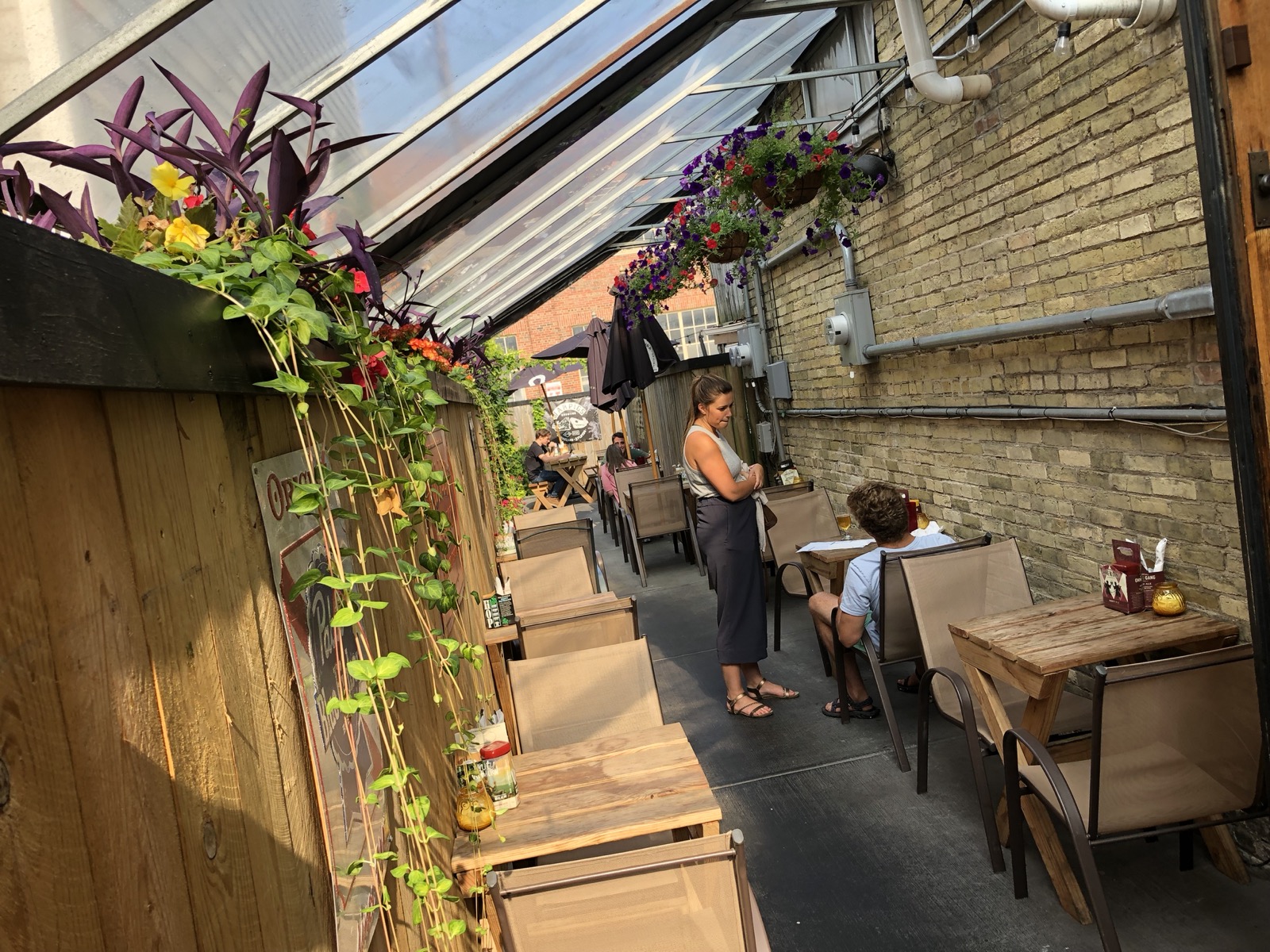 And it really is. Wooden slat walls are adorned with lush planters, and there’s a living wall of (oh-so-appropriate) hop vines, all of which are beautifully maintained by Kirsten Peterson of Sweet P Designs.

There’s also a remarkable amount of variety in terms of seating. There are two-tops for intimate lunches and patio tables that seat groups of four to eight. 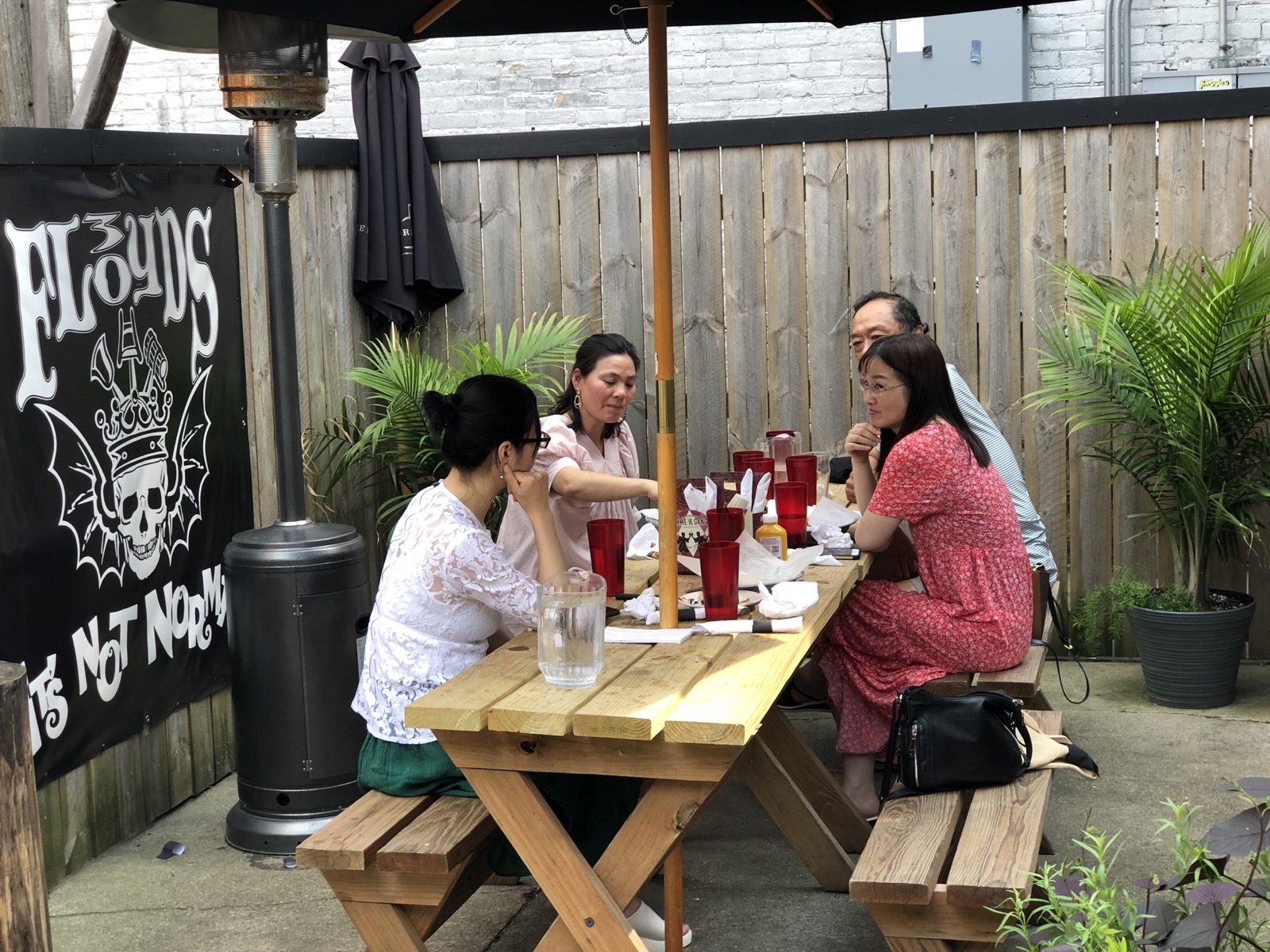 You can also choose from shady spots beneath umbrellas or patio tables rife with plentiful sunshine at midday. There’s also a section of patio which is covered, providing shelter during the occasional rainy summer day.

When you get hungry, you’re sure to find something satisfying on the Camino menu, whether it’s a cool, fresh watermelon salad (with feta, candied walnuts and pomegranate balsamic), mid-rare Yellowfin tuna served with fresh basil, wasabi mayo, tomato and lemon on a brioche bun or classic beer garden fare like Camino’s custom sausages – including andouille, jalapeno colby and lamb currywurst – made with Rataczak’s recipes by Milwaukee Sausage Co.. Starting next week, there will also be a new offering, a smoked duck BLT. 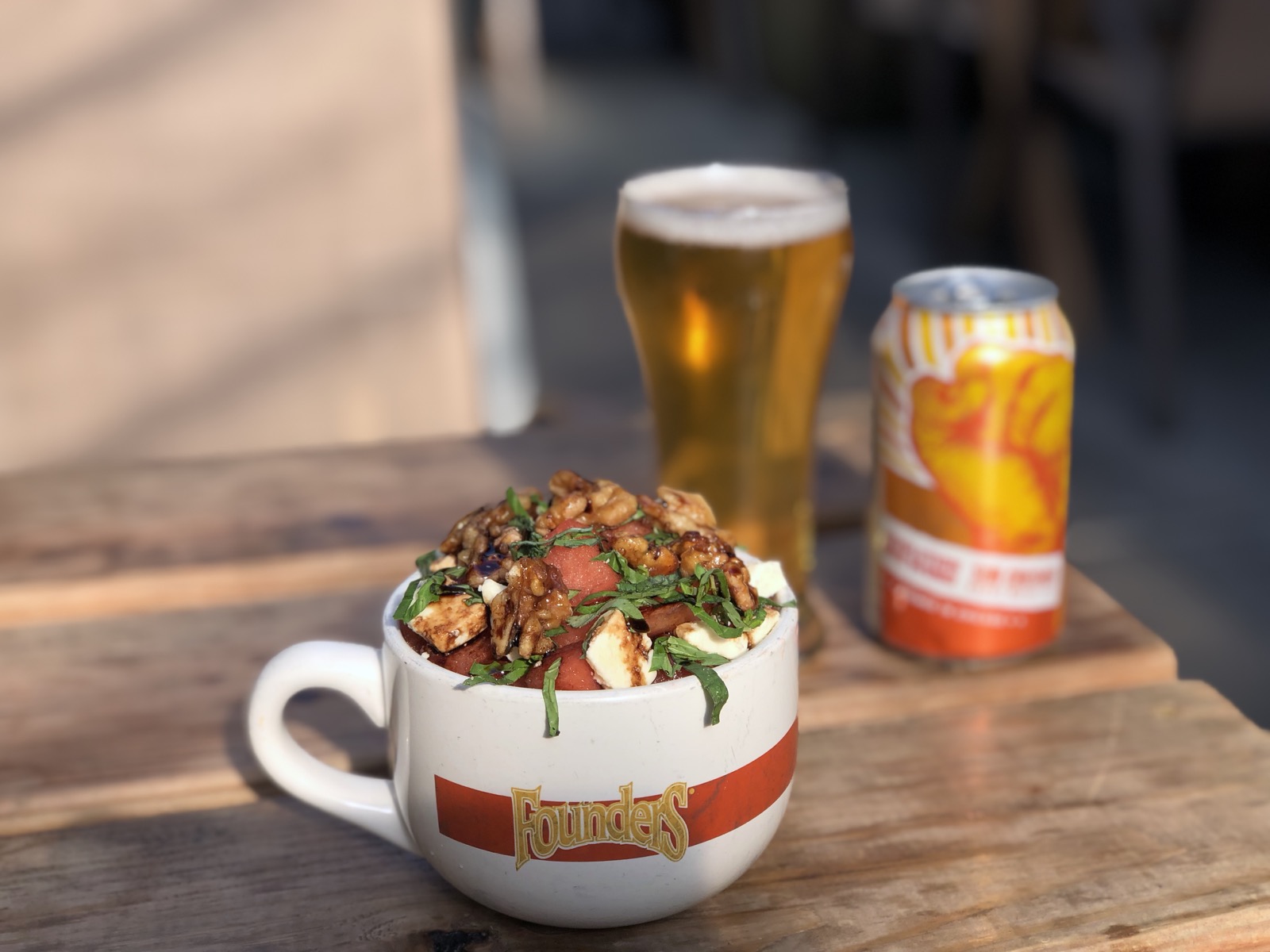 And yes, there’s beer. Camino’s beer list – which includes 20 rotating taps and at least 20 more selections in bottles and cans – is as good as ever, changing seasonally and reflecting what’s best in American craft.

"I always try to curate a list that’s as diverse as possible from worthy brewers," notes Rataczak. "The important things is that each beer is solid and balanced."

Newer offerings Rataczak is excited for guests to try include Indeed Brewing Co.'s Mexican Honey Imperial Lager, a high ABV lager that he says is "surprisingly drinkable for being high alcohol … so much so that’s it’s pretty dangerous;" New Glarus Serendipity, a fruit beer made with Wisconsin-grown apples, cherries and cranberries; and Whiner Beer Co. Le Tub, a Cabernet barrel-aged saison with a subtle barrel-aged flavor that remains prominent through the entire drinking experience. 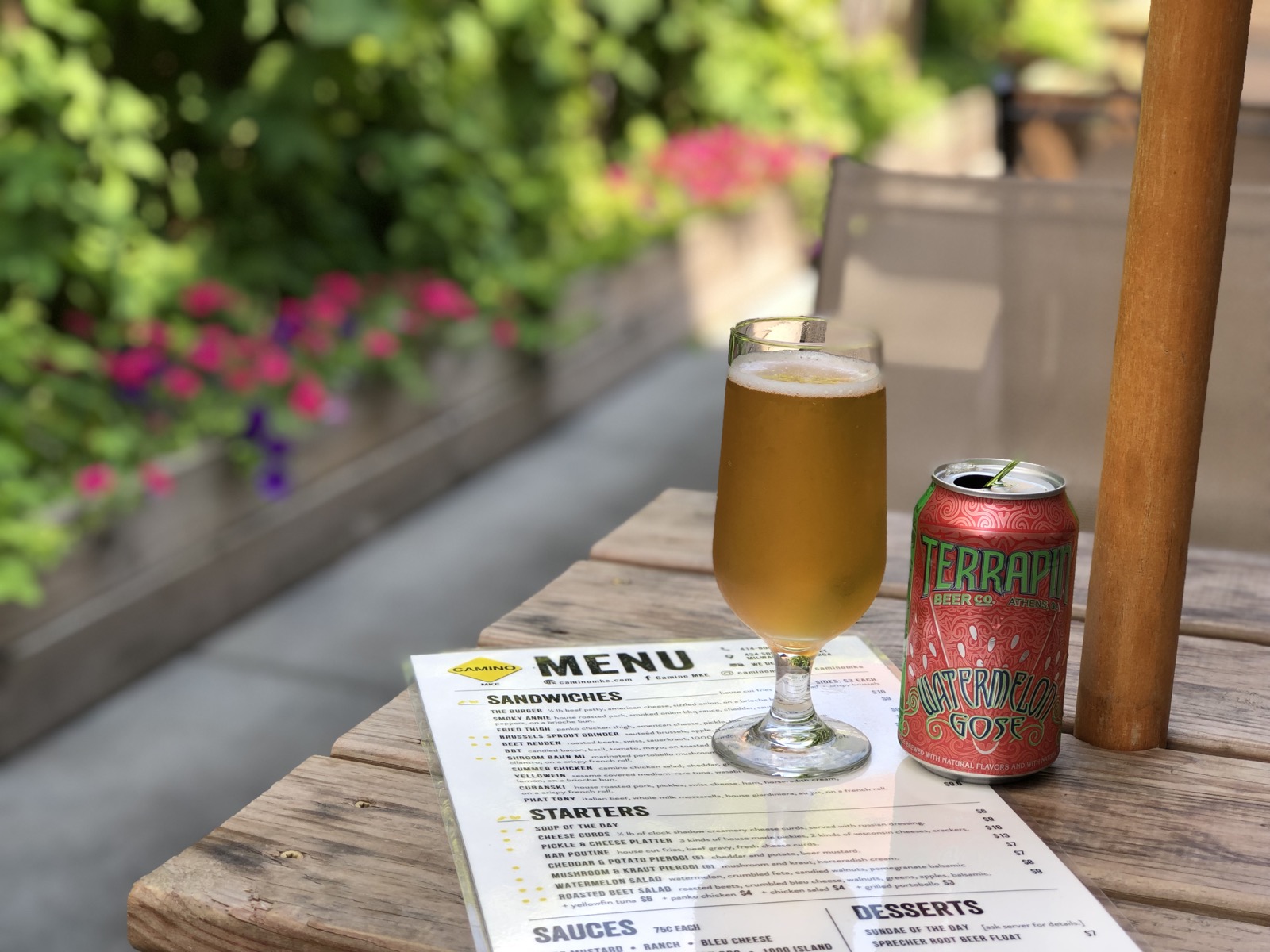 There are also old standards like Warpigs Foggy Geezer, a New England IPA that Rataczak doesn’t take off the menu. "It’s such a well-balanced, crushable IPA," he says.

"People beat up on the big brands, like the Millers and the Buds," says Rataczak. "But we’re totally not like that. We’re a craft beer bar, but we just want people to be happy."

"In fact," he says, "I’m happy to see that people are beginning to rediscover some of the footprint breweries like Bell’s and Sierra Nevada … they got somewhat lost in the shuffle during the craft beer boom. And so many of these breweries still make good, solid beer."

He also knows that just about anything you drink tastes better when it’s consumed outside. It’s part of why he believes in milking as much patio time out of the clement months as possible, providing heat lamps to keep folks cozy well into October, as well as in the spring, when Camino is among the first to open up its beer garden to the public.

"We set up the patio right around March ... just in case," "I think it was two years ago in February," he recalls. "It was the weekend of Mama Tried and the weather got pretty warm – close to 70 – for the entire weekend. So we opened up the patio. And it was packed all weekend."

18 amazing rooftop patios to explore in Milwaukee & beyond