One of the earliest malls in the area, Capitol Court, opened in 1956. Radio and television personality Gino Salomone has a trove of images from those early days.

While folks born in the first half of the 20th century have fond memories of trips Downtown to shop and stroll "The Avenue," those of use born in the second half lovingly recall our very own mall (if you’re lucky, you might have come of age in the transitional period and remember both).

Growing up in Brooklyn, mine was Kings Plaza, which is still open.

For radio and television personality Gino Salomone, that mall was the now-demolished Capitol Court which sprawled across 57 acres north and east of 60th Street and Capitol Drive on Milwaukee’s Northwest Side.

"I think it was the first mall of that size in the area," says Salomone, explaining Capitol Court’s importance. But, let’s be honest, that’s not why Salomone loves it.

"The reason I had such a closeness for it," he says, "is I lived on 87 and Capitol and my grandmother lived at 62nd and Capitol. At Christmas time I could see the Christmas tree from her backyard. At Easter you would go over there and they had a thing there called the Little Farm. There were chicks hatching and there was a giant peek-a-boo egg. And then I went to high school at Marshall at 64th and Capitol ..."

Capitol Court is engraved in Salomone’s heart because it was engraved in his life for as long as he can remember.

And thanks to the kindness of strangers, it has remained so in the 20 years since the mall has been demolished.

First, a maintenance worker at the mall, who heard Salomone waxing nostalgic about the mall’s Kooky Cooky House on the Reitman and Mueller radio program, invited him over to show him the original house, still standing in a storage area beneath the mall.

"The house, designed by a group of clever Capitol Court carpenters for the shopping center's manager, opened in 1960. Seven days a week, visitors waited in long, cold, outdoor lines to see inside the house, often until 9 or 10 o'clock at night. Milwaukee's original Candy Cane Lane filled the center court with elaborate lighting and giant wooden candy canes on oversized toy blocks. Over 100,000 cookies were given away every Christmas season."

The worker, seeing the joy in Salomone’s face, gave the house to him. What happened next is a whole ‘nother story, which you can read in Takach’s story here.

Later, says Salomone, "the marketing person at Capitol Court called and said, ‘they’re tearing down the mall and I have a box of slides, do you want them?’ So I rushed over. There were also some films and on one of those was my holy grail: the peek-a-boo egg!"

(Note: These are not the only treasures rescued from the mall before it was demolished. In 2019, a rare Nike Air Jordan shoe found in a store room before the mall was torn down went to auction and it was expected to sell for as much as $20,000.)

We should take a moment for a quick walk through the history of the mall, which was developed by Ed. Schuster & Co., which owned Schuster’s department stores in Milwaukee (you can read about the company's early days here), at the same time that malting magnate Kurtis Froedtert was developing a trio of malls of his own, including the first, Southgate, on 27th Street – announced in 1949 – followed by Westgate (now Mayfair) and Northgate (now Bayshore).

All four of these malls were outdoor shopping centers, built, in the words of one contemporary newspaper reporter, "based chiefly on that one proposition – it’s easy to park," unlike Downtown.

The Schuster’s project on the city’s Northwest side, which was booming with residential development after World War II, was announced in 1952 and by the end of that year – thanks to a naming competition among Schuster’s employees that drew more than 700 entries – it was dubbed Capitol Court.

The suggestion for the name earned Lenore Schultz – an office secretary at Schuster’s 3rd Street store – a $100 merchandise certificate.

Meanwhile, the shopping center itself, was designed by Seattle architect John Graham Jr. and its 745,000 square feet of leasable space was to cost between $15 an $20 million, with an expected opening date of March 1956.

Of course, there would be a Schuster’s, but also a T.A. Chapman’s, a Kohl’s food store, a Bitker-Gerner ladies’ wear shop, a Woolworth’s, a J.C. Penney and much more. There would be room for more than 50 retailers.

Brust and Brust were hired to design a medical office building with a first-floor bank that drew inspiration from the modernist Lever Building in New York City.

As work progressed, newspapers were flooded with an ever-rising tide of classifieds offering homes, commercial spaces and empty lots upon which to build more of each in the neighborhood around the future mall.

Capitol Court was to be a big driver of development in the area ... and so it was.

Capitol Court’s first stores opened at noon on Thursday, Aug. 30, 1956 and its vibrancy in those early years is captured in Salomone’s undated photos (likely taken soon after the mall's opening), which are full of life and activity, all rendered in that 1950s-60s Kodachrome color.

A freestanding outlot movie theater opened in 1964 and was remodeled into a two-screen cinema in 1977.

A $7 million makeover and addition that started in March 1977 and ran until August 1978 enclosed Capitol Court – which was dubbed a mall at that time (it was formerly a shopping center) – and ended the outdoor traditions like the Kooky Cooky House and the Little Farm.

But the mall was suffering and by 1992 the new Sears was already shuttered and four years later Target followed. In 1997, Dunham’s closed. When the Kohl’s Food Store that had been there from the start locked its doors for good in 1998, it was clear the end was near. This, despite two attempts to remodel and jumpstart the mall during that decade.

Nearly three-quarters empty, the mall closed entirely in 2001 and was demolished, replaced by a new shopping center called Midtown Center, which has seen the kinds of ups and downs that have affected brick-and-mortar retail in the internet shopping era.

Thankfully, we have Salomone’s cache of vintage Capitol Court photos to remind us of the optimistic glory days of a pioneering Milwaukee mall.

"You see them," he says, "and you’re transported to the mall in those days. It is really incredible." 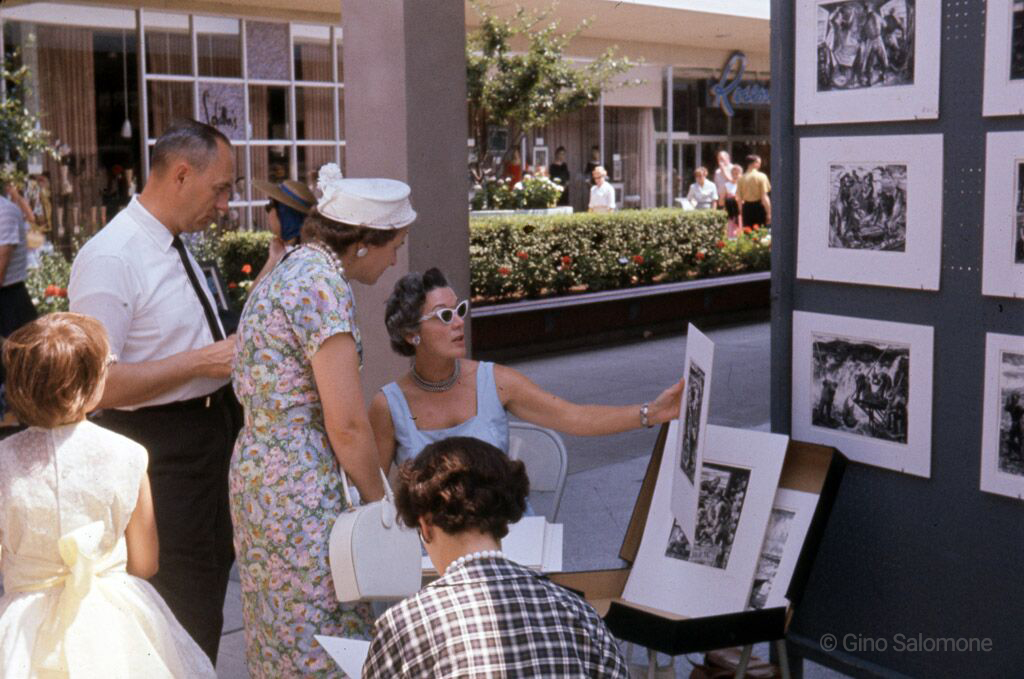 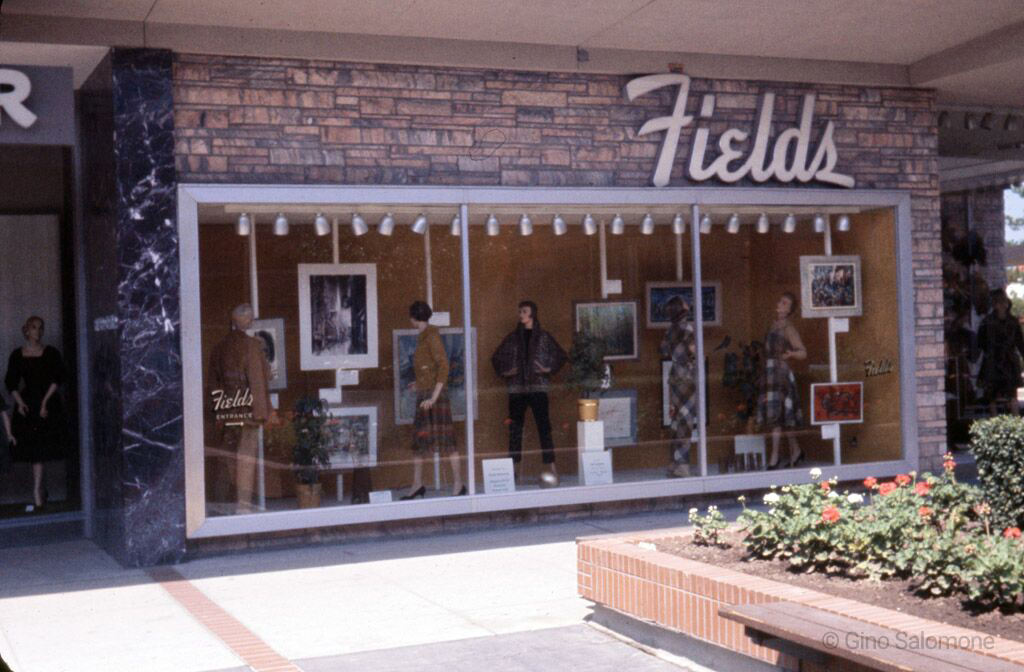 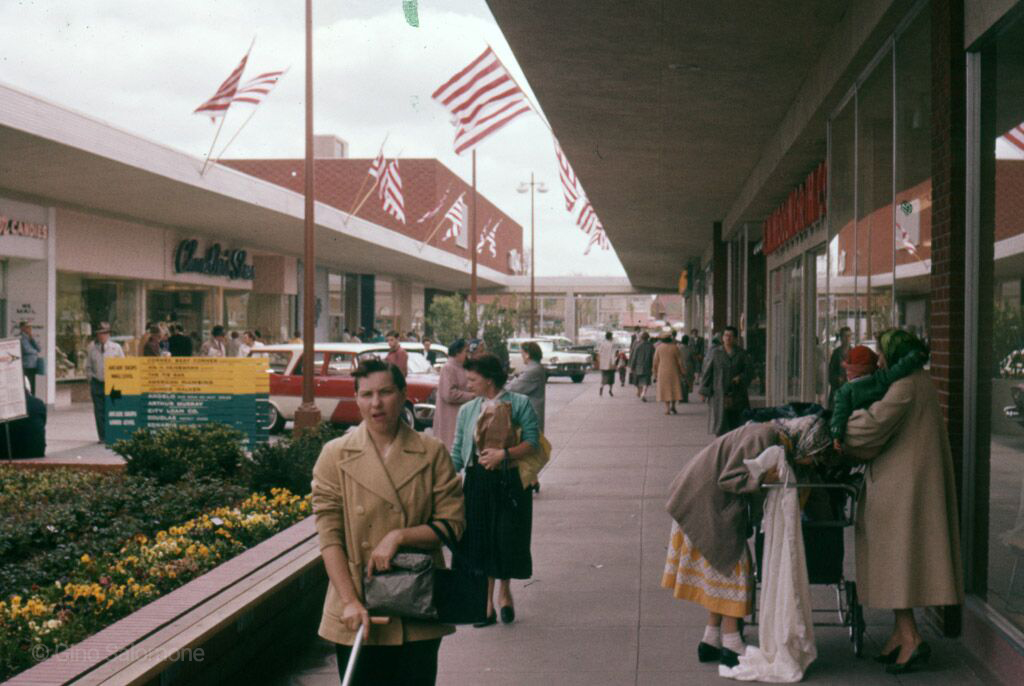 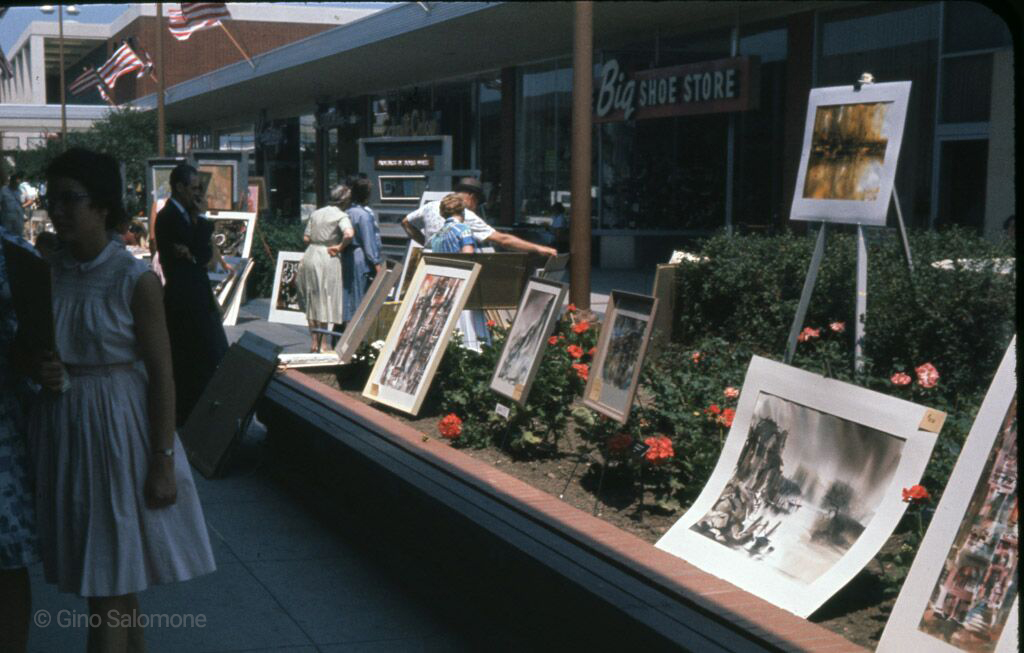 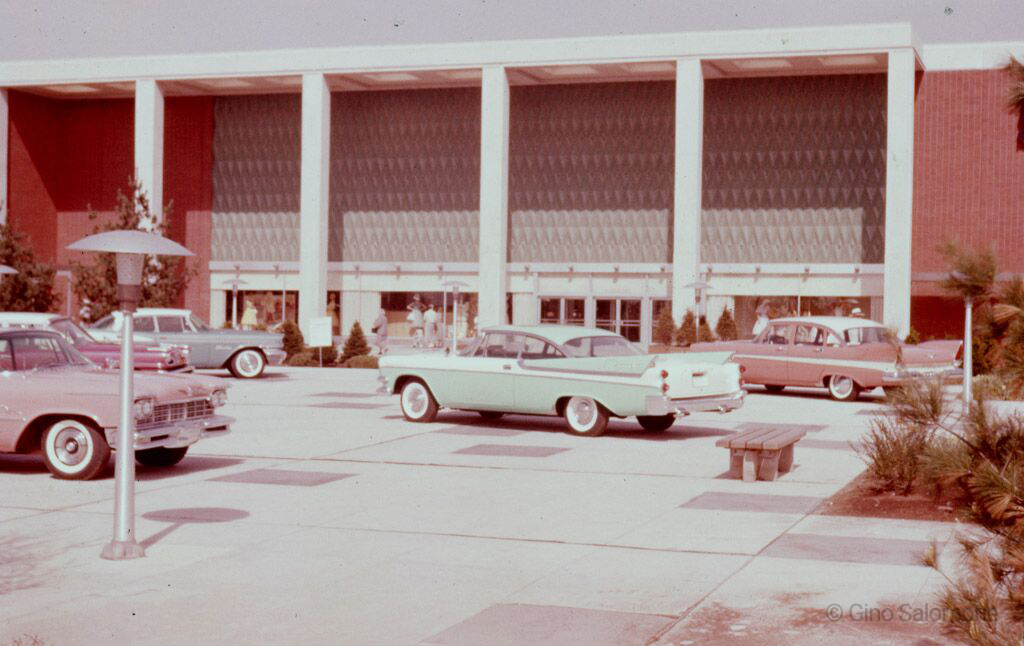 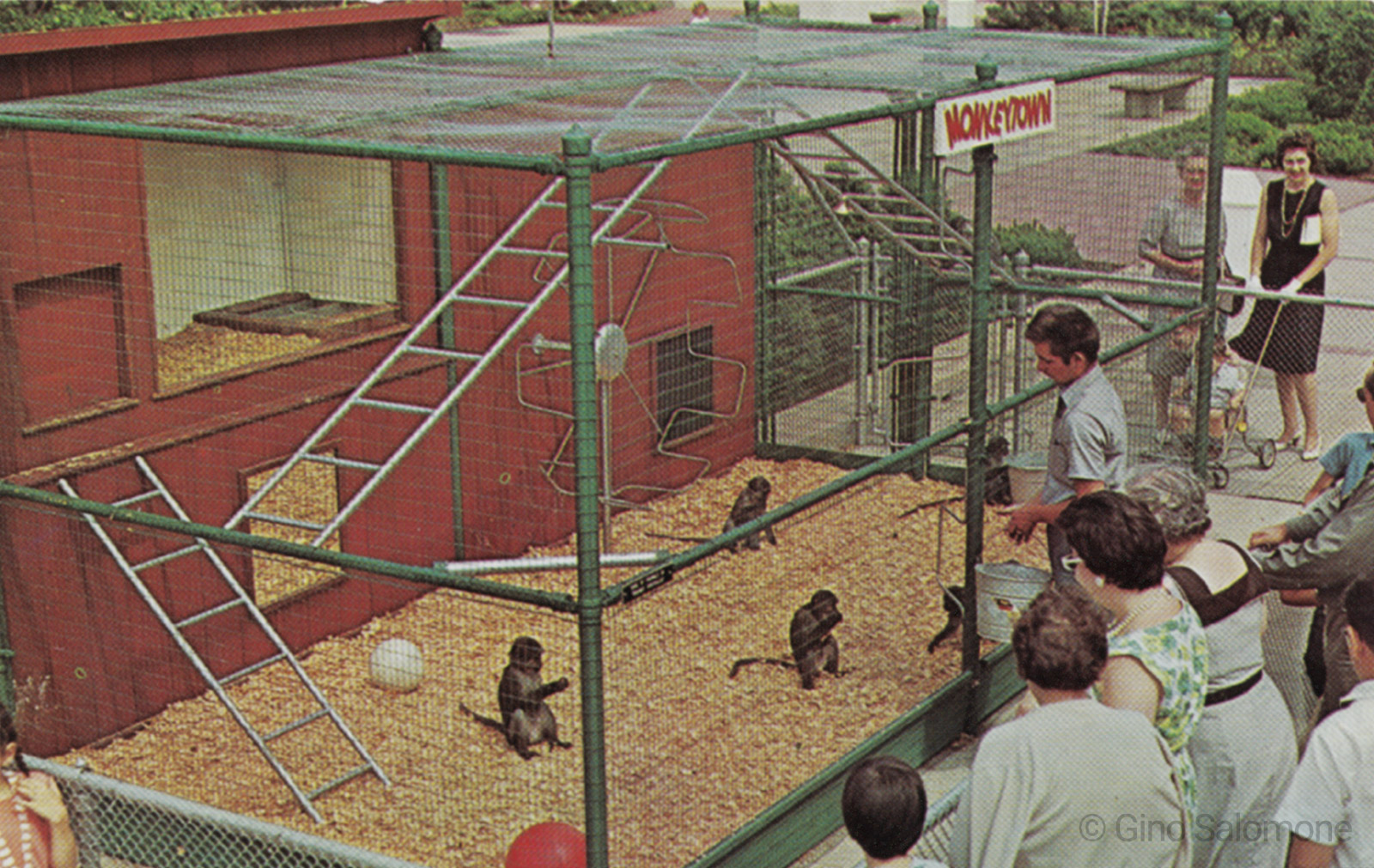 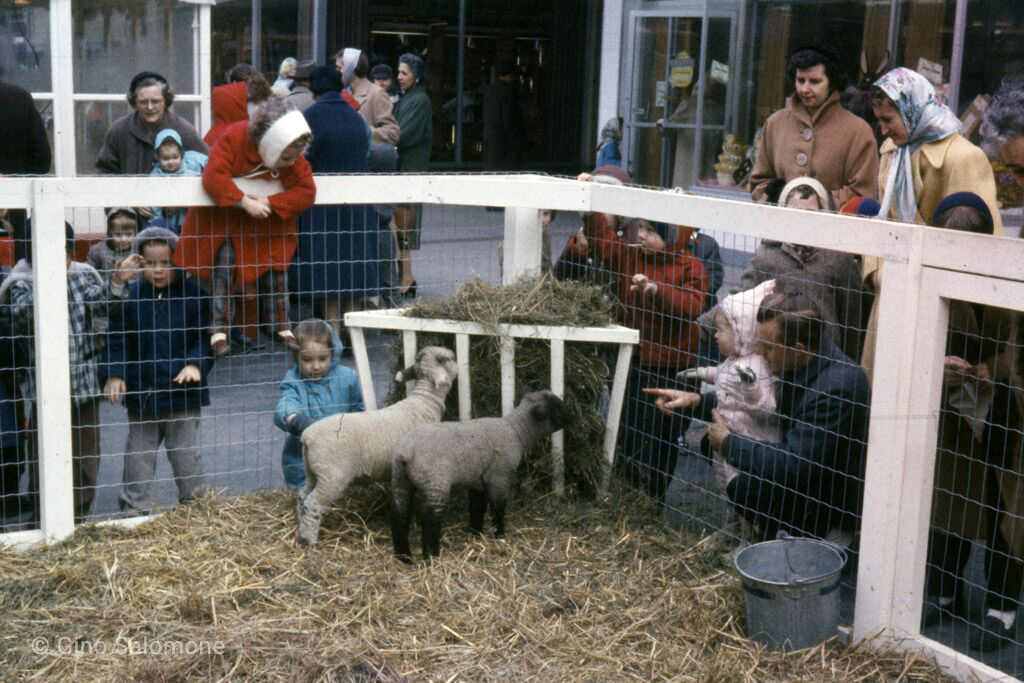