At the end of 2014, OnMilwaukee.com first reported Carini's, 3468 N. Oakland Ave., installed a new oven - an Acunto Mario - and would serve Neapolitan pizzas in early 2015. OnMilwaukee.com recently stopped in to sample the wood-fired pies.

After a recent visit to Carini’s La Conca D’Oro to check out the Italian eatery’s new pizza oven and witness the Neapolitan-style pizza preparing process, I am once again convinced that pie making is an art form.

"Everything went pretty much according to plan," says Gregg Carini, chef and son of the restaurant owner, Peter Carini. "We were delayed a couple of weeks to season the oven, but have been making pizzas daily for a month now. So far, not a single complaint."

Last fall, Gregg Carini, who was working in Nashville, decided to move back to Milwaukee and champion pizza production at the family restaurant. He learned from longtime family friend and fellow Sicilian Alfredo D'Amato how to create Neapolitan-style pizzas and properly use the oven.

D’Amato started making pizza at the age of 14 with his father who owned a couple of restaurants in Sicily. D’Amato moved to Milwaukee with his wife, a Milwaukee native, whom he met while she was on vacation in Sicily.

"She dragged me back here," he jokes.

The oven is fueled by hardwood logs and heats up to 900 degrees. The pizzas are cooked in about two minutes. So far, Carini says he has not suffered a single burn.

"It's more powerful than a microwave," says D’Amato. 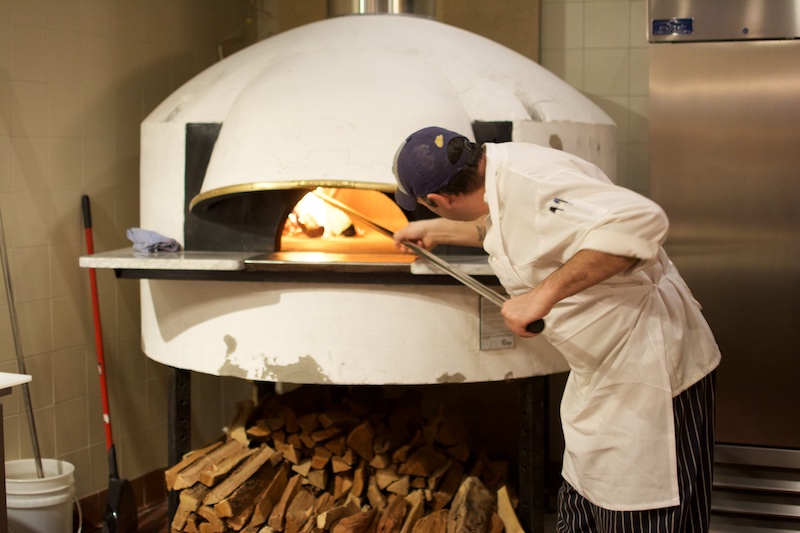 The massive oven was installed in a portion of the dining room so customers can view the process. The exterior of the oven is chipped because it was removed from its container for inspection in New York while en route to Milwaukee, and although Carini says they might refurbish the exterior, it currently has an appealing vintage Old World look to it.

All of Carini's pizzas are 12 inches and can be shared or consumed as a personal pizza. The pies range from veggie pizzas, like the Margherita, to a ham-topped Romana and cost between $11 and $16.

"We also have one named after my nephew who will not eat anything except pepperoni on his pizza," says Gregg Carini. "In Naples, they don't have pepperoni – you’d get a spicier sausage if you tried to order it, but being in America and for the love of my nephew, we have a pepperoni pizza here."

The pies come to the table unsliced and are instead served with a steak knife and fork, which is an Italian tradition.

However, in recent years, Peter Carini wanted to try something new and he decided to purchase the oven from Naples, Italy and focus on Neapolitan-style pizzas.

"No one ingredient overpowers another," says Gregg Carini. "There’s often more cheese than other ingredients on an American pizza, and I’m not knocking that, but these pizzas have a balance of topping."

The crust is medium in thickness and soft and airy. We enjoyed cutting the pizza into larger slices and then folding in half. The freshness of the ingredients was evident – particularly the mozzarella cheese – and fans of Carini's red sauce will be pleased to know the family recipe is used atop the pizzas.

One of the most fascinating aspects of making pizza this way is the lack of appliance technology. Pizzaiola chefs learn how to make a perfect pizza through smell, sight and intuition.

"I know where a pizza is in the cooking process, and when it’s ready, by how it looks," says Gregg Carini, pulling a pizza from the oven with a long-necked pizza peel. "See the blistered edges on the crust of this one? It’s close, really close, but I’m going to put it in for another two or three seconds."

Neapolitan pizza making is a precise endeavor and everything, from the stretching of the dough to placement of the ingredients, is intentional and integral.

"It’s all been worth it," says Peter Carini. "The customers like the pizza, my son is here and I am very, very happy." 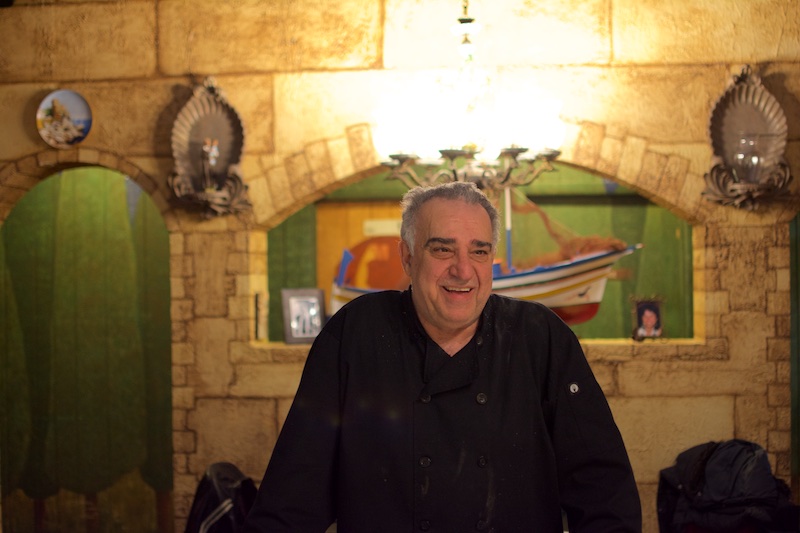 9 new spots to get your pizza fix