As Lori Fredrich investigated the local Chicago-style deep dish pizza scene, she discovered a number of imposters. But she also found the local pie that rules them all.

That was the question that prompted my recent series of articles show-casing pizzas from area restaurants, all of which make the claim of being Chicago-style deep dish. I knew starting out that I’d find a number of imposters. But I was, overall, surprised by the results.

On my journey, I actually tried ten pizzas. Five pies qualified as Chicago-style deep dish; unsurprisingly four of them were from legit Chicago brands (one, which I've excluded, was from Pizano’s, which closed this summer). All sported a thin to medium biscuit-like crust cooked in a pan with oil or butter, with toppings applied in reverse order (cheese on the bottom) and sauce on the top.

Along the way, I also encountered two different types of pizza which were errantly labeled Chicago deep-dish.

The first (and most prevalently mis-labeled) is stuffed pizza. Now, stuffed pizza has a place in the Chicago canon. It’s served at notable spots including Giardano’s and Nancy’s. But it’s not Chicago-style deep dish. Instead, it’s a heftier, amped up version, often made with a denser, breadier dough, that’s layered with toppings and often more cheese than deep-dish, with an added layer of crust across the top. If one mistakes it for classic deep dish, it’s because the sauce is almost always spread on that extra top layer of dough. All in all, it would be nice to see menus that more accurately identify these pizzas as such.

The second is pan pizza. Most places are forthright when they present a pizza of this ilk, and very few label it "Chicago-style," which is a good thing. After all, most pan-style pizzas have little resemblance to Chicago-style deep dish, aside from the fact that they are baked in pans. Pan pizza almost always features a thicker crust with toppings that follow the usual order (sauce on the bottom, toppings, then cheese on top). Pan pizzas are common in Milwaukee (and some venues call them “deep dish”). You’ll find versions of these pies at restaurants like Pizza Man (which serves both a deep dish and pan-style), Fixture Pizza Pub, Falbo Brothers in Shorewood (which also serves a Chicago stuffed) and Tenuta’s in Bay View.

Those caveats aside, what follows is a list of the pizzas I tried in ranked order according to my personal preference. I’ve given highest rankings to the pizzas that are actually Chicago-style, with the remaining pizzas to follow.

I’m pleased to say that, despite the good showing from Chicago-based restaurants on the list (all of which possess their own charms), a locally made Chicago-style deep dish was actually my top pick.

The deep dish at Chuck’s Place is a Wisconsin-made Chicago-style pie that both captures the essence of the original and makes it well worth the drive to Thiensville.  [Read more] 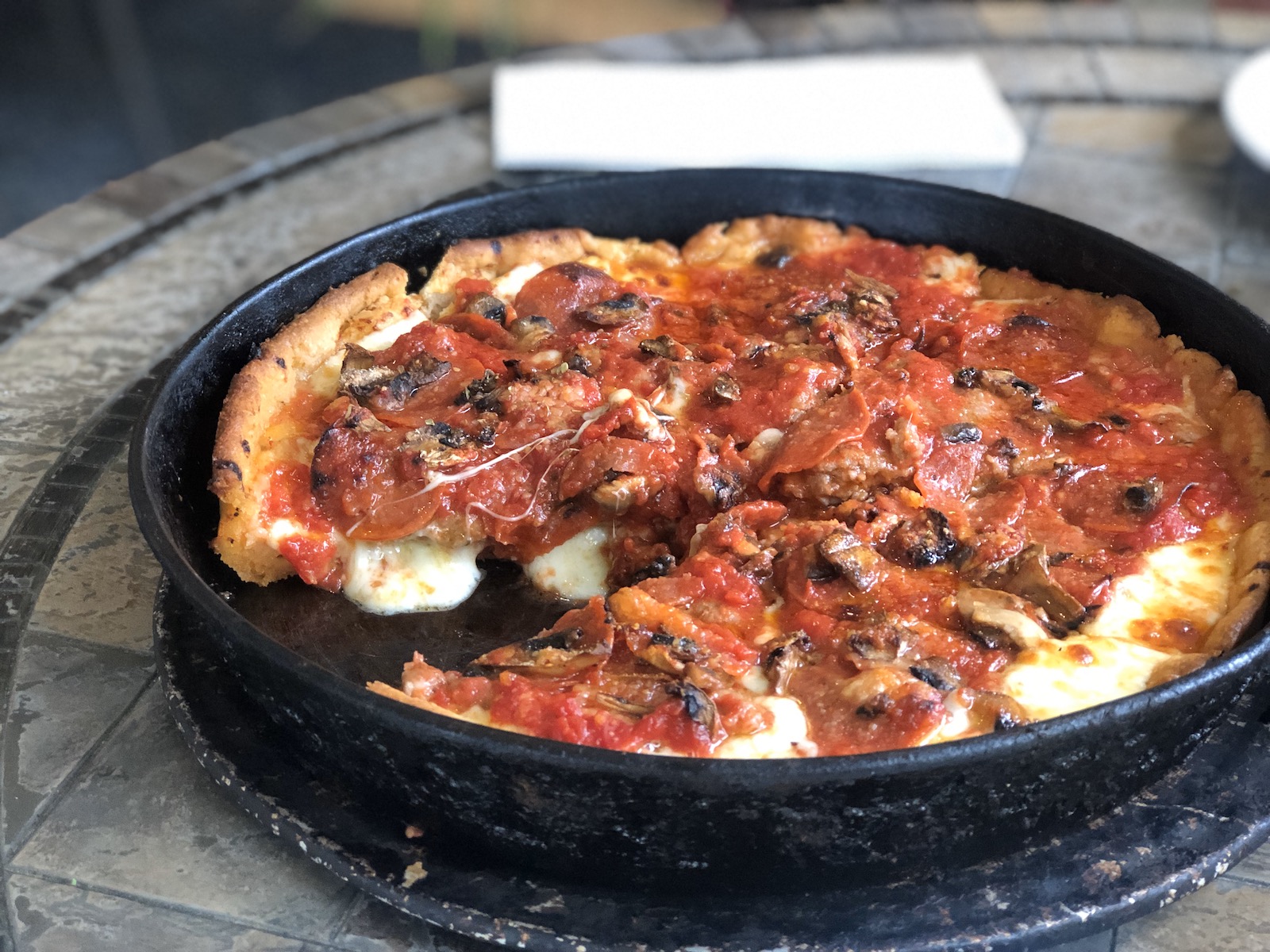 History aside, Lou Malnati’s is still about as Chicago as Chicago deep dish gets, forging its own path with a classic style pizza that still manages to stand out from the rest. [Read more] 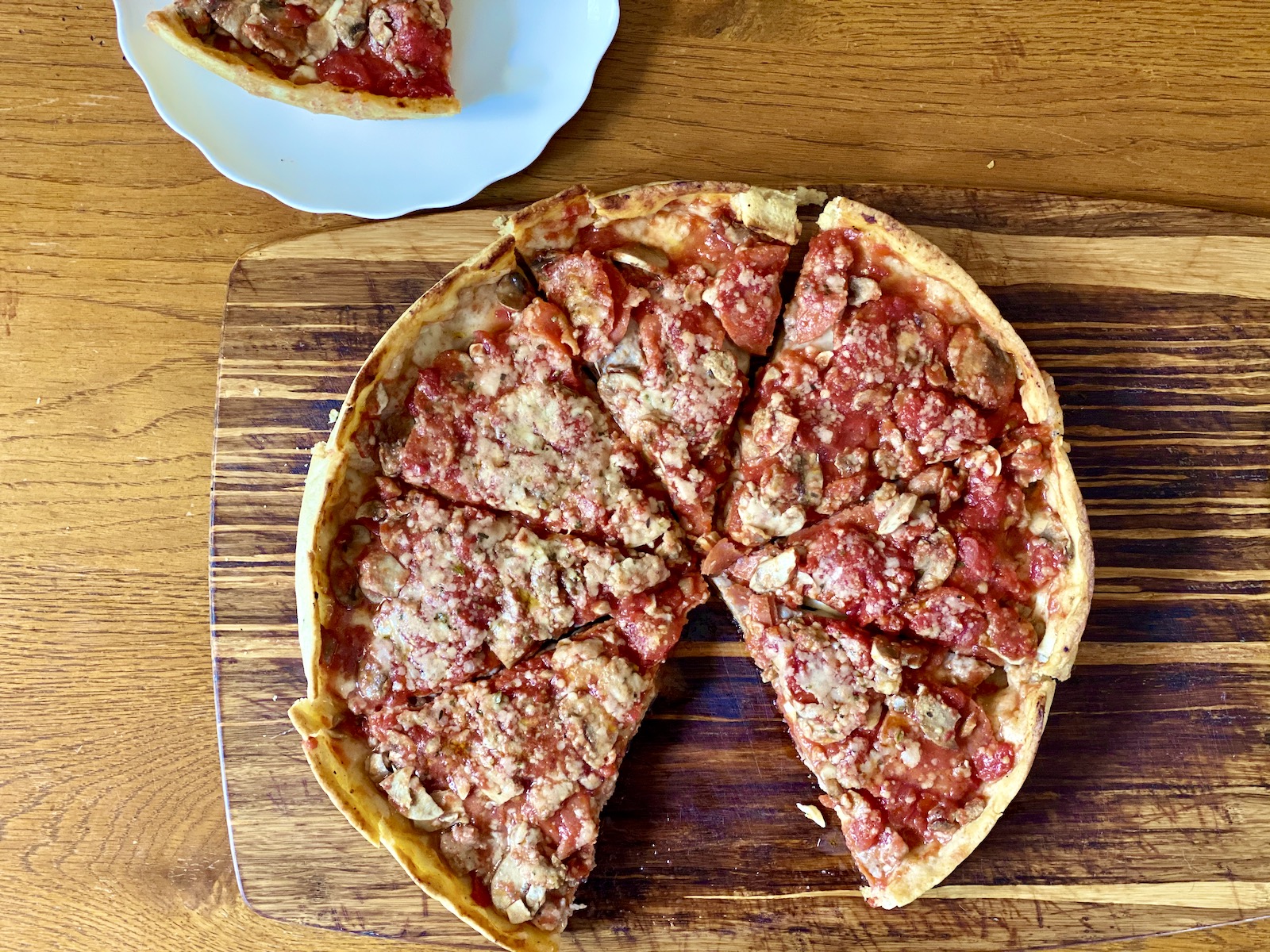 As expected, this is a solid example of a Chicago-style deep dish pizza, from its flavor to its build. If you love a crisp, buttery crust augmented with nicely flavored toppings, Rosati’s is an excellent choice. [Read more] 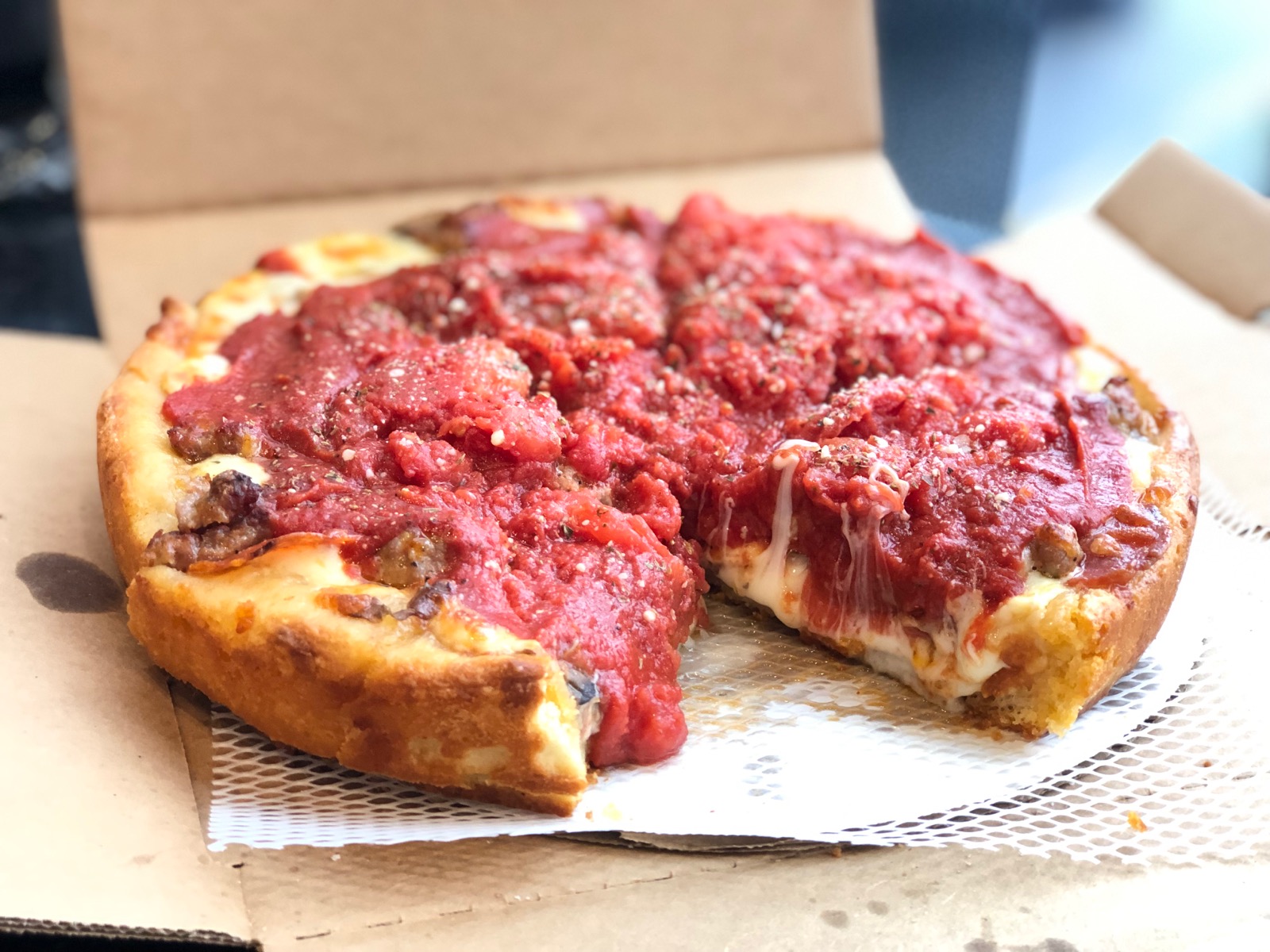 In case there was any doubt (which there shouldn’t be), UNO is, indeed, a classic Chicago-style deep dish. In fact, it’s the godfather of Chicago-style deep dish, with a history dating back to 1943. But, was it the best we’ve tried? It wasn’t. It seems growth hasn’t been kind to the quality of this legendary brand. [Read more] 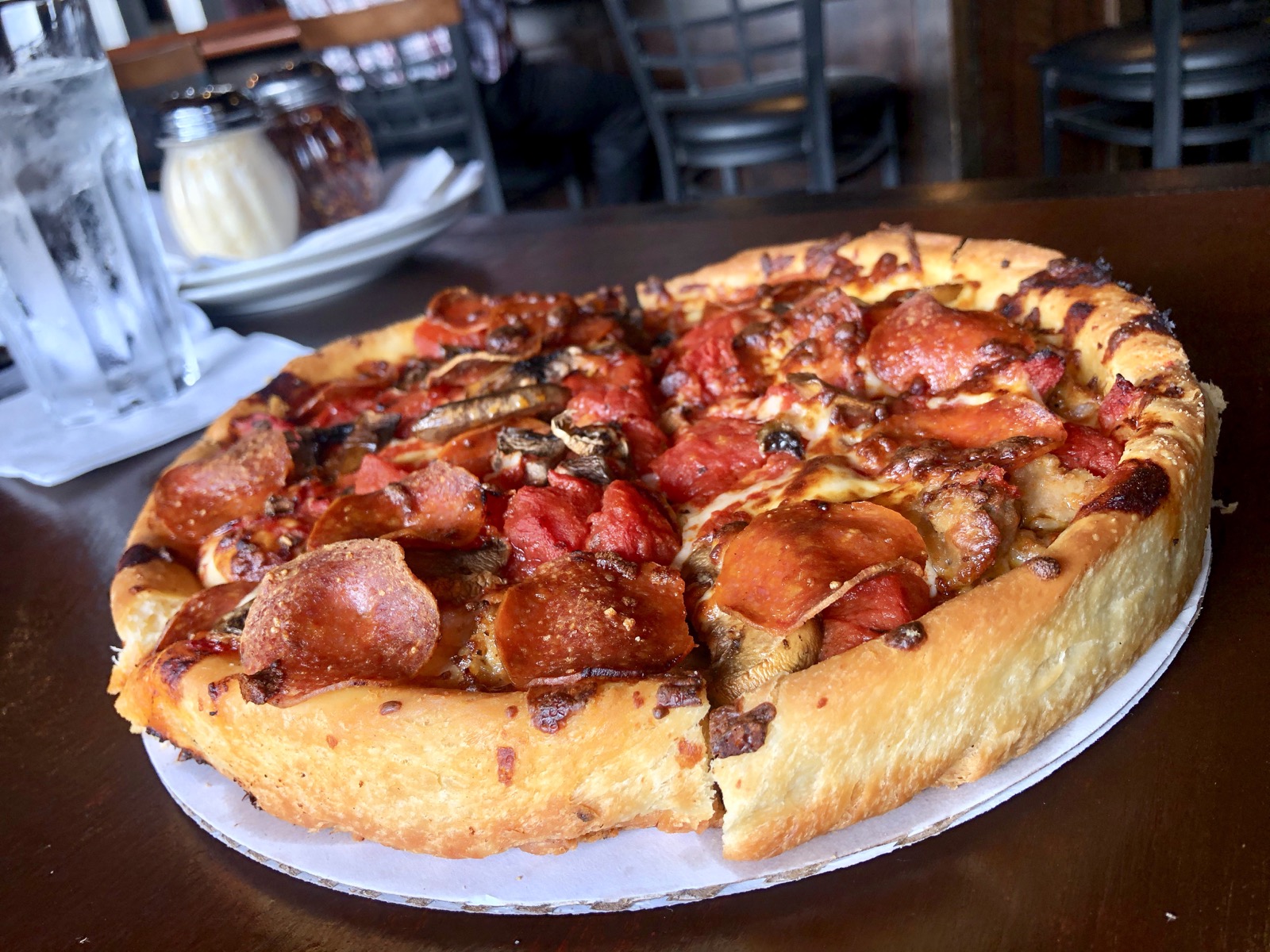 While it’s not a Chicago-style deep-dish, Pizzeria Scotty! has a great reputation for good reason. They make a tasty (cheesy) pan-style pizza. [Read more] 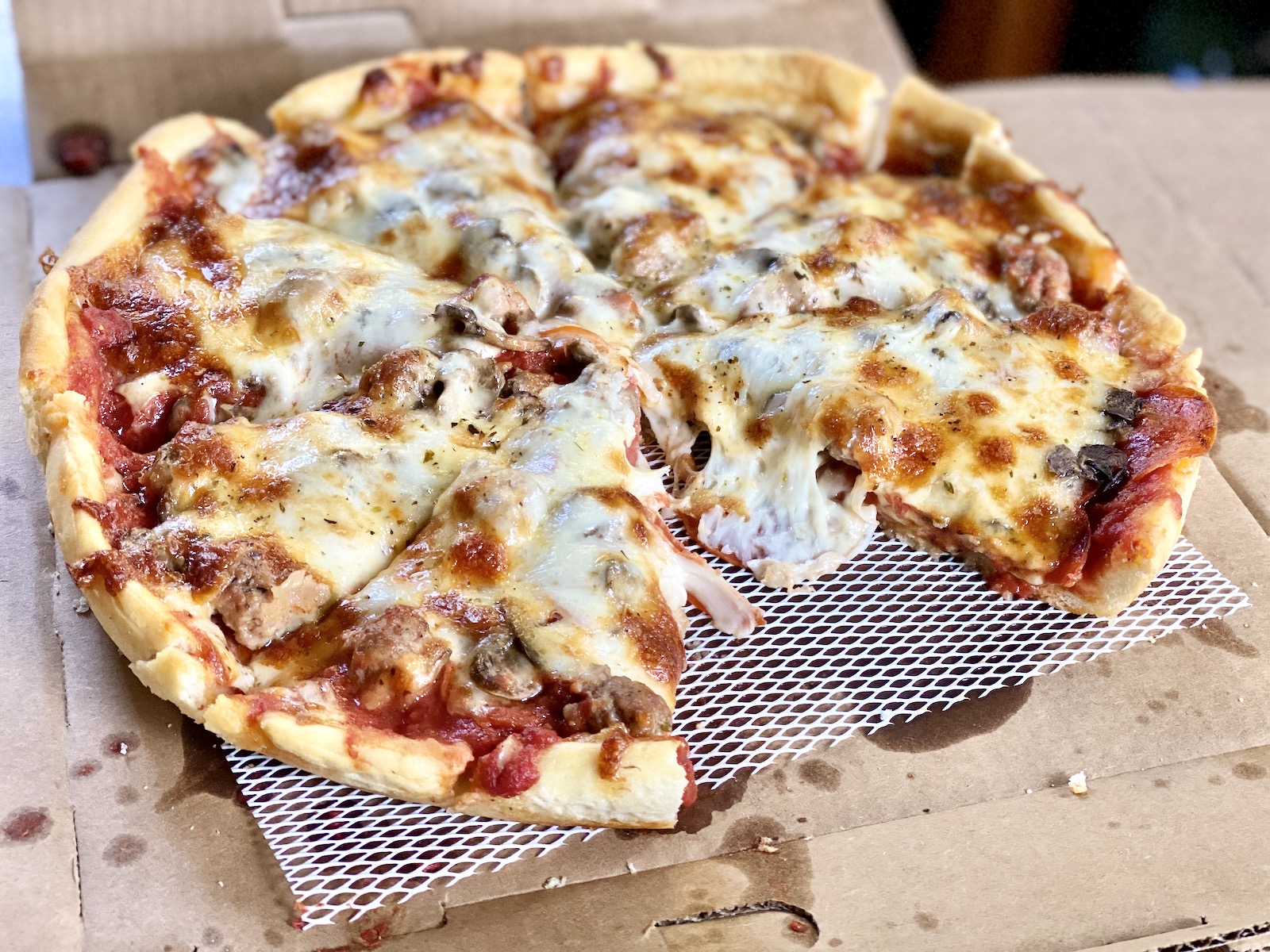 Although I had to disqualify this pie from the classic Chicago-style deep dish category, it was tasty. In fact, it was among the better stuffed pizzas I’ve tried. If you like a deep dish pizza with a more bread-like crust, more sauce and more cheese, this is a good place to start. [Read more] 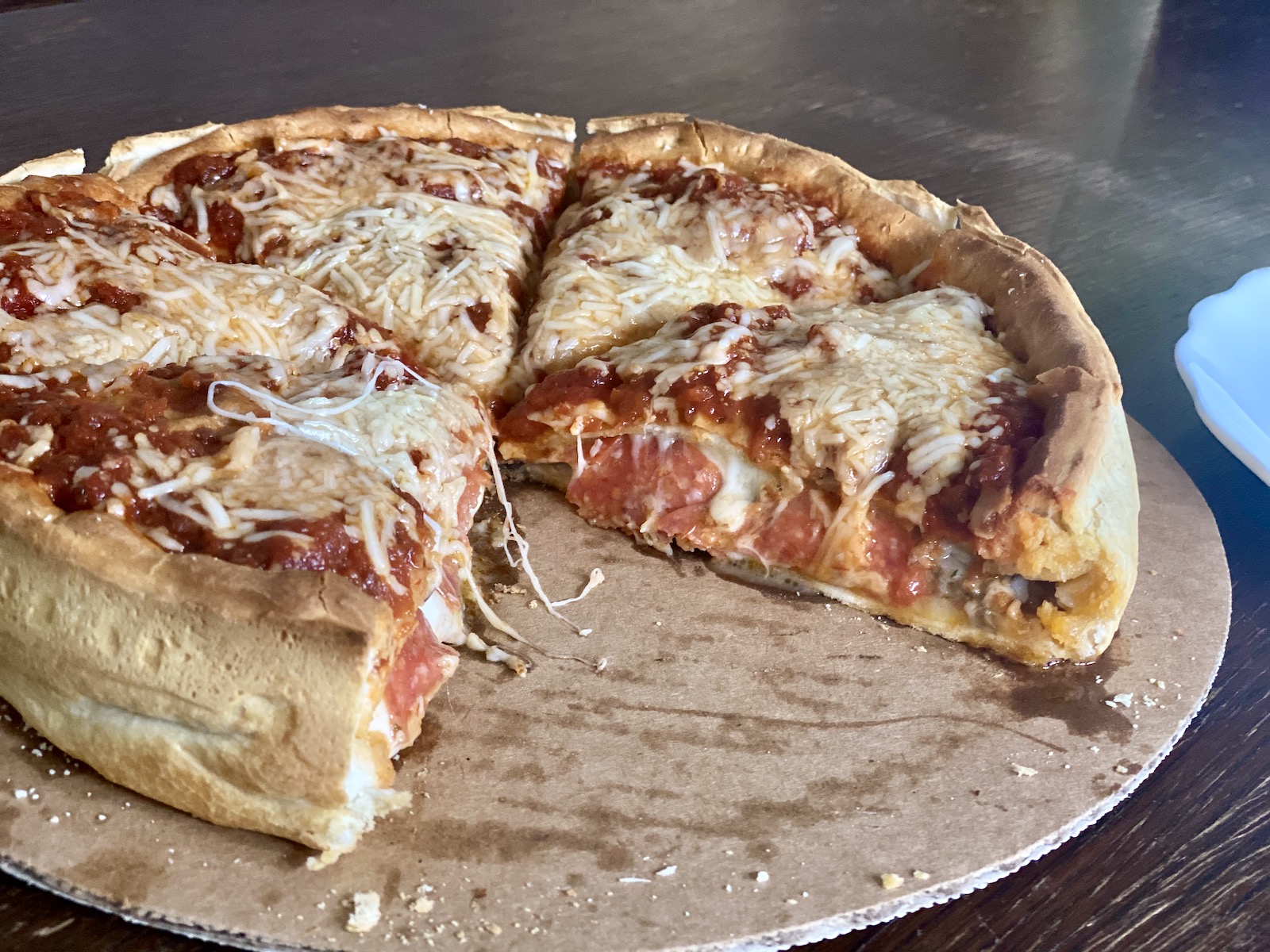 Well ... Cudahy is south of Milwaukee. But it's not Chicago. Based on the crust alone (and it's stuffed nature), this is not a classic Chicago-style deep dish. But, if you’re a fan of deep dish with a thick flavorful crust that’s loaded with cheese, you might just find a happy place at Pizza Pete’s. [Read more] 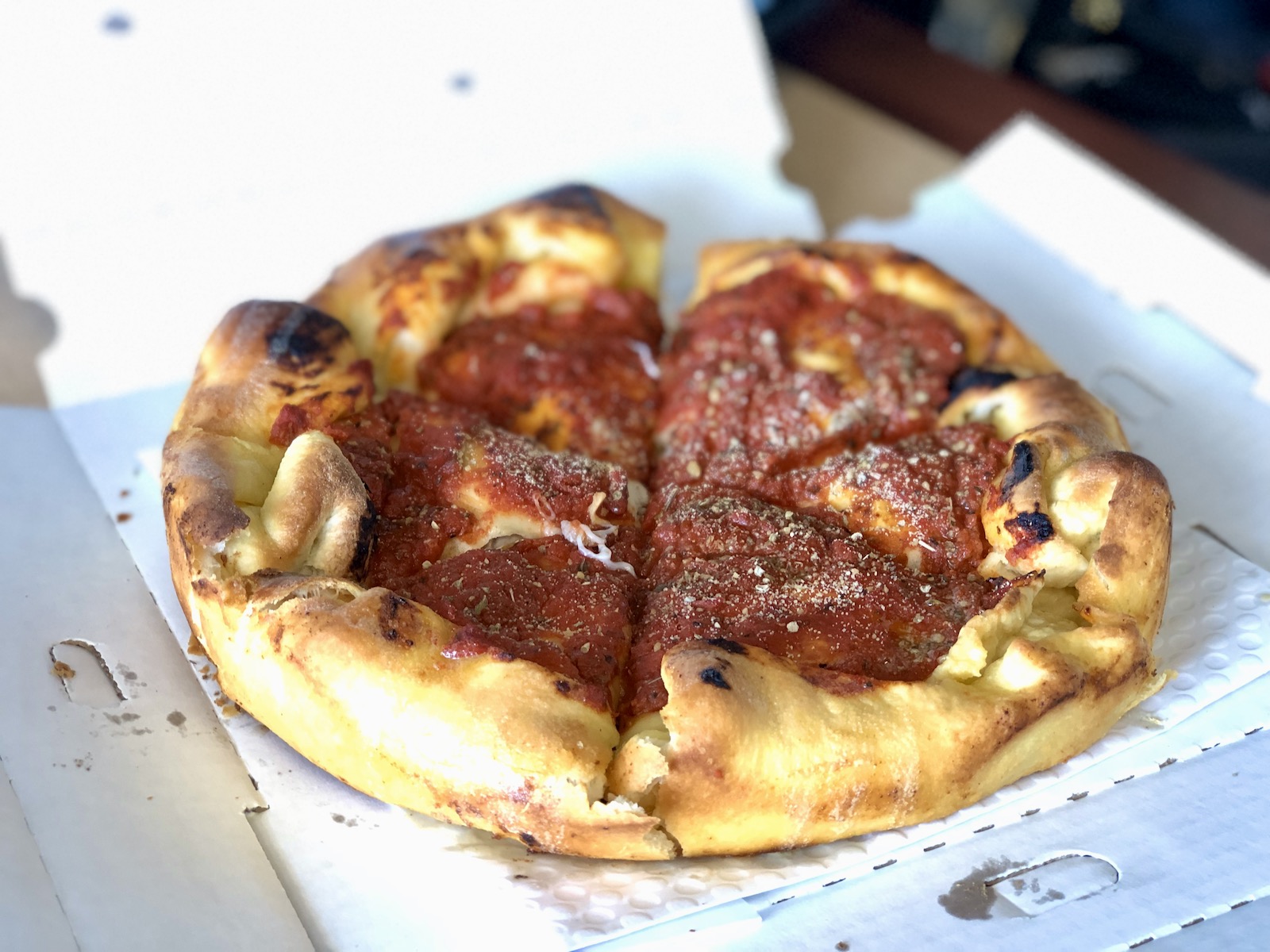 The pizza at Capri di Nuovo was undeniably tasty. But it isn’t a classic Chicago style deep dish. In fact, I’d leave the "Chicago style" out of this altogether. I would describe it as a stuffed deep dish pizza with a crisp, Milwaukee-style crust.  [Read more] 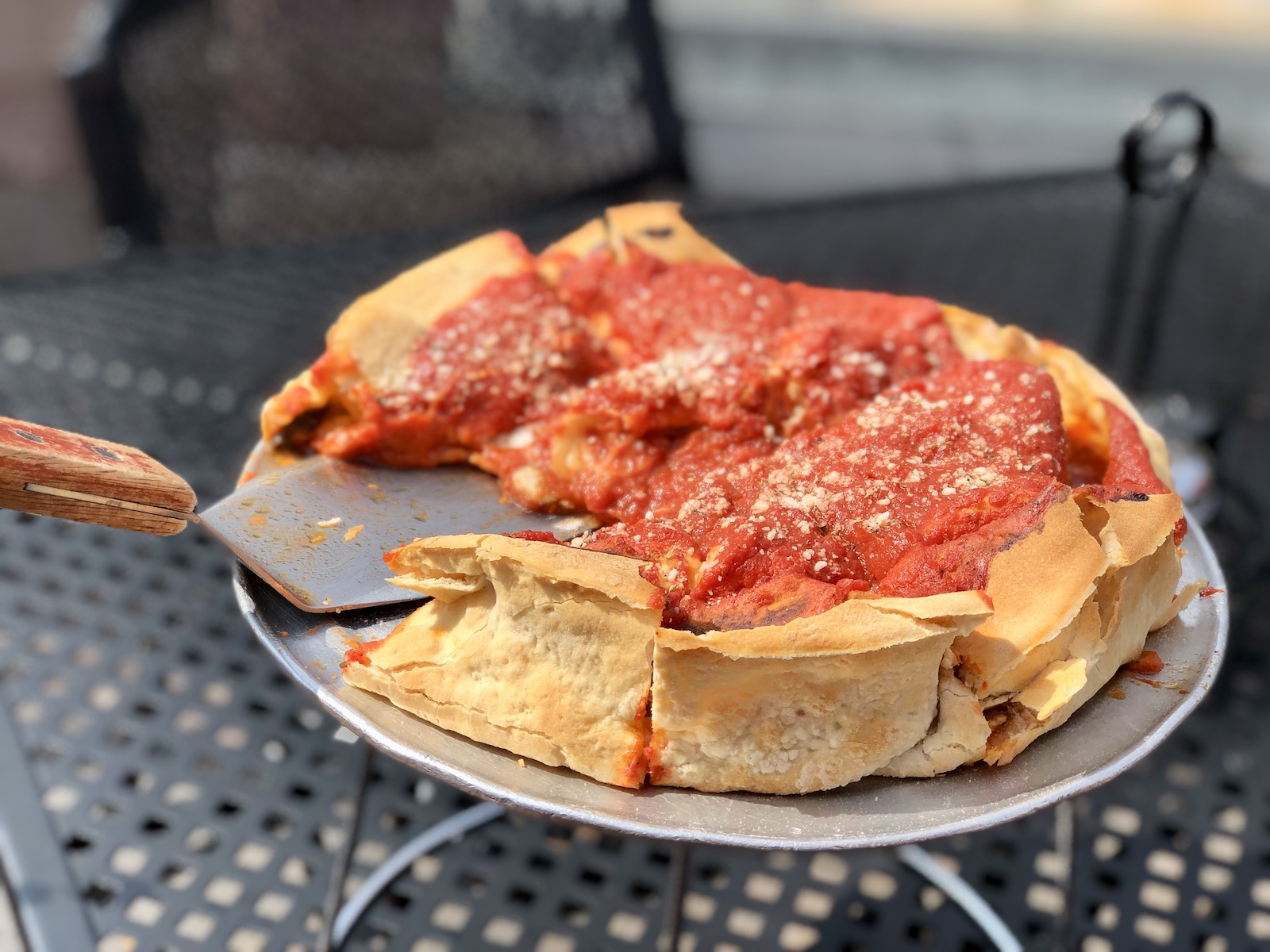 Again, while it’s not a contender for the classic Chicago-style deep dish category, Klasiana presents a unique spin on the stuffed pizza with a thicker, breadlike crust, plenty of cheese and two layers of well-seasoned sauce. [Read more] 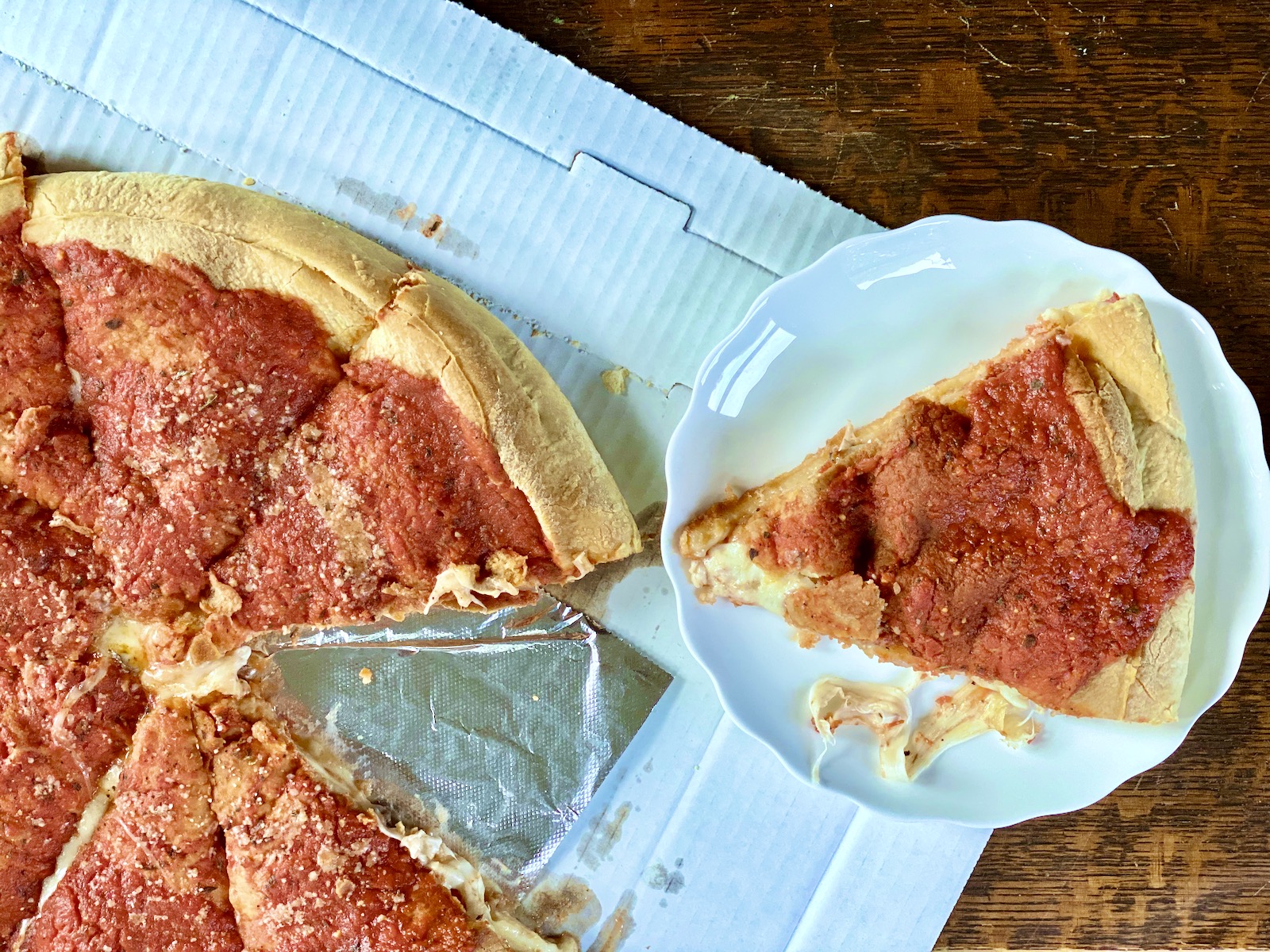