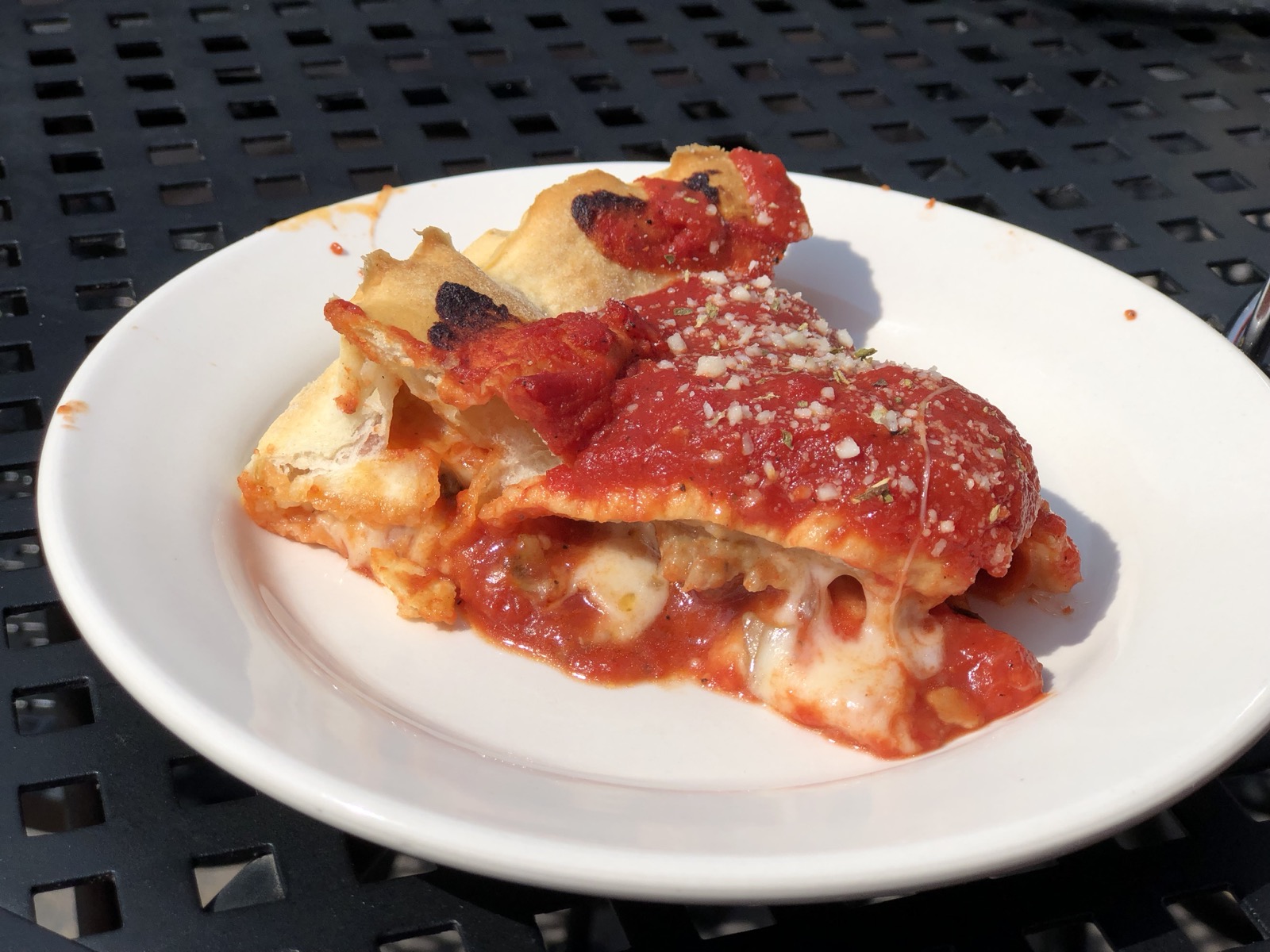 Capri di Nuovo has been a long-time West Allis staple, operating as Capri’s for 40 years before closing in 2012 and reopening in 2014 under the ownership of Christopher and Abby Paul. The restaurant, which specializes in Italian cuisine, including lasagna, various pastas and entrees including classics like Sicilian spiedini and veal parmesan. They’re also known for their pizza, which is available with a thin crust, pan style or … Chicago style.

On our visit, we took a seat on the restaurant’s well-appointed patio and ordered a small deep dish pizza with the usual toppings (sausage, mushrooms, pepperoni). The pie took about 40 minutes or so to prepare and came out to our table steaming hot.

Capri di Nuovo’s crust was ultra crisp and somewhat dense caused a portion of it to collapse before it reached our table. Since the crust wasn’t served in a pan, it was easy to inspect the appearance, which didn’t possess the yellow hue of most Chicago-style deep dish pizzas. As we sliced into the pizza, we found the bottom crust to be somewhat thin; it was a bit soggy; but there wasn’t a lot of residual moisture pooling from the toppings.

Its flavor was yeasty and somewhat dry with no buttery flavor or oily texture. Upon further inspection, we found that the pizza also possessed a top crust just beneath the generous layer of tomato sauce.

Starting from the top, the Capri di Nuovo pie featured a thick layer of nicely seasoned marinara. It was spice forward with deep tomato in background. Did I mention there was a lot of it? In addition to the generous helping of sauce on top of the pizza, there was also a layer of sauce at the bottom below the cheese. I loved the flavor, but the sauce-to-toppings ratio was definitely unbalanced.

From there, we found ultra-thin sliced mushrooms, which were applied somewhat sparingly and thin slices of pepperoni which were more salty than spicy. The sausage, meanwhile, was notable. Pieces were large with a classic Italian sausage flavor, moderate salt levels and a subtle hint of fennel. There was definitely enough cheese to provide flavor to the pie; but it was applied with a lighter hand than some.

The pizza at Capri di Nuovo was undeniably tasty. But it isn’t a classic Chicago style deep dish. In fact, I’d leave the "Chicago style" out of this altogether. I would describe it as a stuffed deep dish pizza with a crisp, Milwaukee-style crust.