Among the forefathers of Chicago-style deep dish, Lou Malnati's is still serving up their trademarked "Buttercrust" pizza. 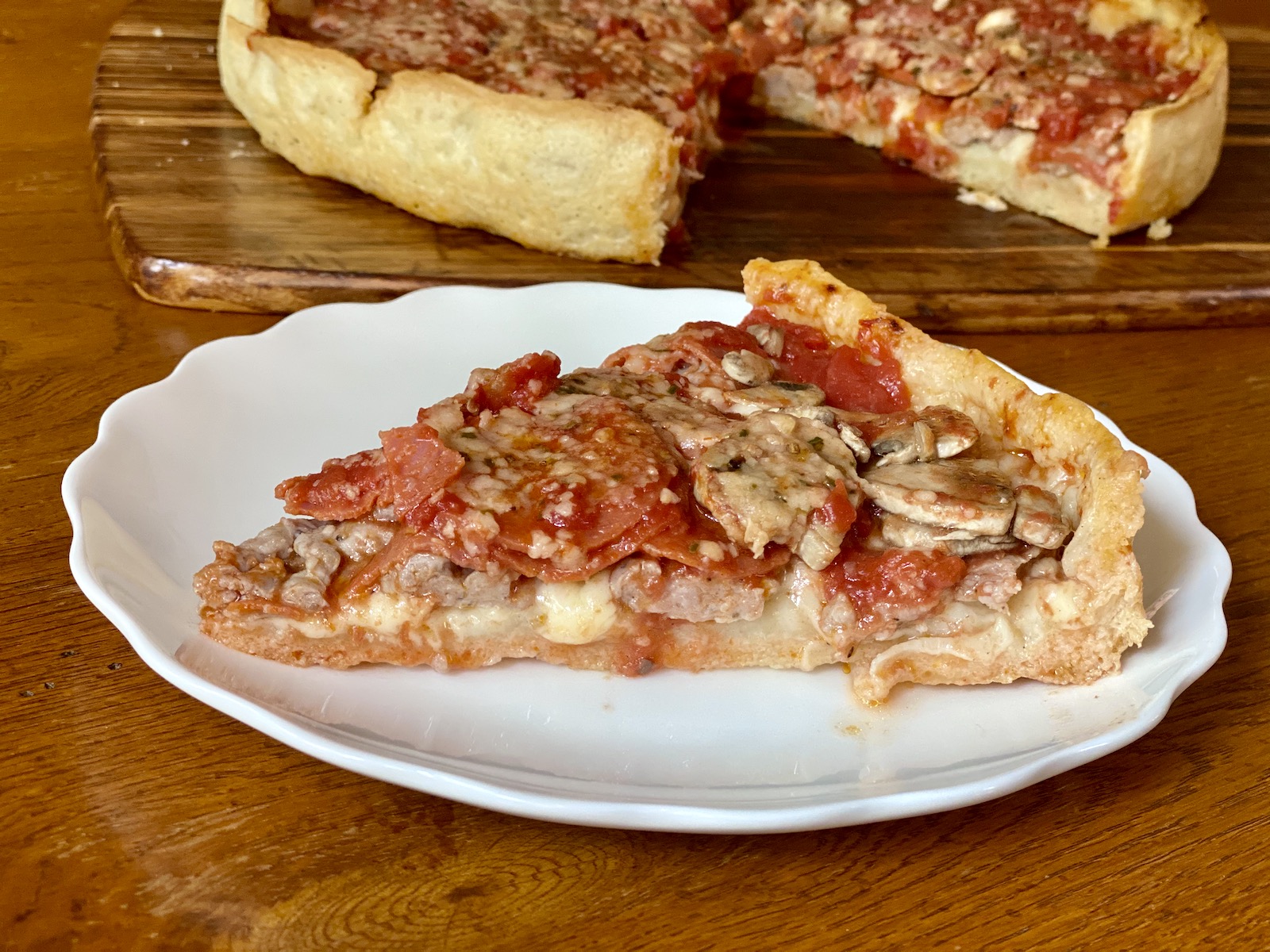 As the story goes, Chicago-style deep dish was birthed in 1943 when Ike Sewell and Ric Riccardo (AKA Richard Novaretti) opened a restaurant now known as Pizzeria Uno. The details of who created their deep dish recipe are clouded in mystery. But at least one theory credits Adolpho "Rudy" Malnati, Sr., a longtime Uno's employee with the creation of the recipe. As the story follows, when Riccardo passed away, Rudy and his son Lou continued to co-manage the pizzeria until Rudy’s passing.

By 1971, Lou Malnati was ready to break out on his own. So he and his wife Jean opened the first Lou Malnati’s Pizzeria in Lincolnwood, IL. Their pizza, notably less dense than Pizzeria Uno’s, was filled below the crust’s top edge. And that crust, eventually trademarked as “Buttercrust,” substituted butter for oil, creating a unique new flavor profile that would become a major distinction for the brand.

Even 45 years later, the pizzeria is still run by members of the Malnati family. They’ve expanded significantly, opening their first out-of-state location in Arizona in 2016, moving on to add locations in Indiana and (now) two in Wisconsin.

For this piece, we ordered a Lou Malnati’s medium deep dish with sausage, mushrooms and pepperoni for carry-out.

Note: you have lots of choices when you order take-out from Lou’s, and not just in terms of toppings. You can specify the crispness of your crust (gooey, just right, well done or half-baked); we chose “just right”. You can make it a “buttercrust” (we did). And you can choose cut or uncut (always choose uncut; here’s why). Choosing half-baked is also a great idea if you’re buying pizza to enjoy later or the next day. All you need is an oven to bake it up hot when you’re ready to eat.

The crust on the pizza was crisp all around, but particularly on its edges, which rose about a half-inch above the toppings. The crust was tender with a vaguely biscuit-like texture and not remotely soggy (not even on the bottom), a fact likely assisted greatly by the fact that the pizza was cut just before eating. Its butter flavor was not overly pronounced (I’ll admit I was a bit surprised), but the crust was tasty, even on its own.

As for pizza’s toppings, which were laid down in the proper order: first cheese followed by toppings, sauce and a sprinkling of parmesan cheese, were simple and more spare than other deep dishes we tried.

The simple no-frills sauce – comprised of bright, slightly salty tomatoes – was applied thinly, just coating the toppings and offering enough flavor to have a presence in every bite.

The mushrooms appeared to be fresh; but they were nicely cooked and not at all watery. The Italian sausage seemed leaner than some, but offered up a balanced profile, which included garlic and fennel. Meanwhile, the pepperoni was nice and sharp with better flavor than most. It was very thinly sliced; but neither greasy nor crisp.

Finally, at the bottom was a cloak of cheese (not quite as much, dare I say, as one might expect in Wisconsin), which balanced nicely with the other ingredients and protected the crust from sogginess, as intended.

History aside, Lou Malnati’s is still about as Chicago as Chicago deep dish gets, forging its own path with a classic style pizza that still manages to stand out from the rest.