Pan style. Deep dish. What's in a name? Quite a bit, as it turns out. 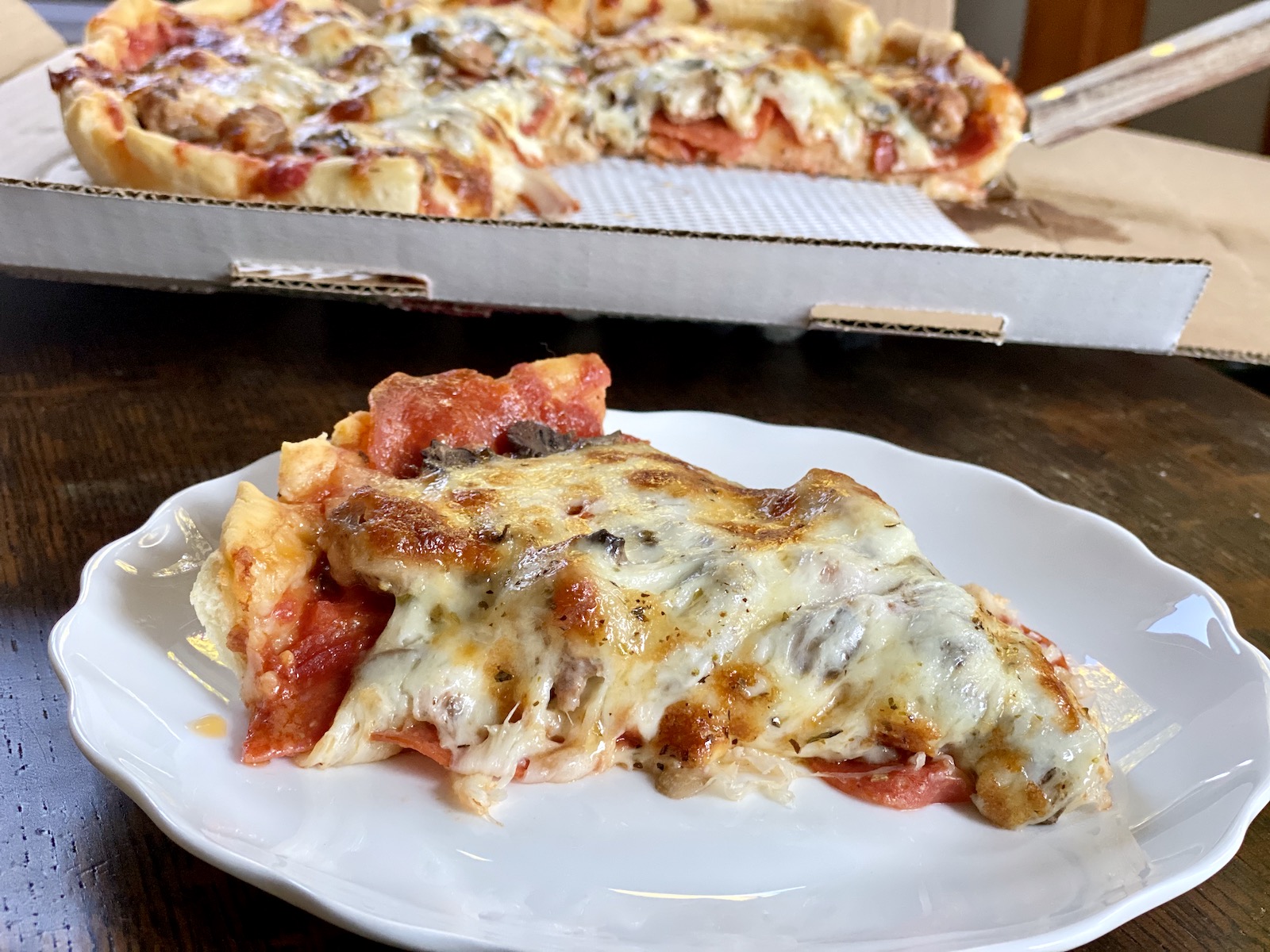 Pizzeria Scotty has been serving up delicious pies for carry-out and delivery in West Allis for 35 years. For many years, they operated out of a smaller space in a strip mall; but in summer of 2019, they moved into a brand new building, converting a former travel agency into an outpost for their pizza business.

Pizzeria Scotty is a spot that comes up regularly when folks talk about deep dish pizza, particularly “Chicago style pies.” That’s because in addition to thin crust, the pizzeria serves double dough pies, stuffed pies and Chicago pan pizzas, noted on their menu as “The pizza that made Chicago famous!”

Now, I should be clear from the start that, despite Chicago claims, pan style pizza is distinct from deep dish. While it is baked in a pan, it doesn’t possess the hallmark qualities of a Chicago-style deep dish, which possesses a medium to medium-thin crust (plus all of the qualities listed above).

A pan style pizza – whether made in Chicago or otherwise – is a thick crust pizza that’s baked in a pan. It also doesn’t follow the same order of toppings. The sauce is placed right on the bottom crust, with toppings to follow and cheese on top. Scotty’s is upfront about this, calling their pizza “pan style”... but the tagline (“The pizza that made Chicago famous!”) tends to confuse the issue a bit. And that’s one of the reasons I included them in the series.

The other reason is that Milwaukee has a far longer history in serving pan pizzas, and – likely as a result – the pies have often been called “deep dish.” You’ll find versions of these pies at a variety of venues, from Pizza Man and Fixture Pizza Pub to Falbo Brothers in Shorewood (which also serves a Chicago stuffed).

For this piece, we ordered a medium Chicago pan with sausage, mushrooms and pepperoni for carry-out.

The crust on the pizza was hefty and fairly thick, both on the sides and even the bottom. It was flawlessly crisp around the edges with a pleasantly yeasty smell, a vaguely buttery flavor and a texture that fell somewhere between biscuit-like and breadstick-like.

As for the build, it was exactly opposite a deep dish with the sauce on the bottom, spread across the crust, the toppings in the middle, and a thick layer of mozzarella cheese on top.

The tomato-forward sauce, a smoother puree doppled with petitely diced bits of skin-on tomato, is lightly seasoned with a notably punchy acidity that cuts through the richness of the cheese and meats.

Generously pinched Italian sausage was flavorful and flecked with visible bits of fennel; it was also abundant, making it a memorable part of the pie. The mushrooms were fresh, but nicely cooked and full of solid earthy flavor. The pepperoni was thinly sliced and (by sight alone) could have been mistaken for deli style; but it possessed a slightly spicier profile that made it stand out a bit.

And the cheese? Well, it was also applied liberally, pooling in the box and offering up an impressive stretchy pull in every bite.

While it’s not a Chicago-style deep-dish, Pizzeria Scotty! has a great reputation for good reason. They make a tasty (cheesy) pan-style pizza.