Where do you find great Chicago-style deep dish pizza? Lori Fredrich is exploring the Chicago deep dish pizza scene in Milwaukee, visiting a variety of pizzerias to give you a full report on the flavors and textures you'll encounter. 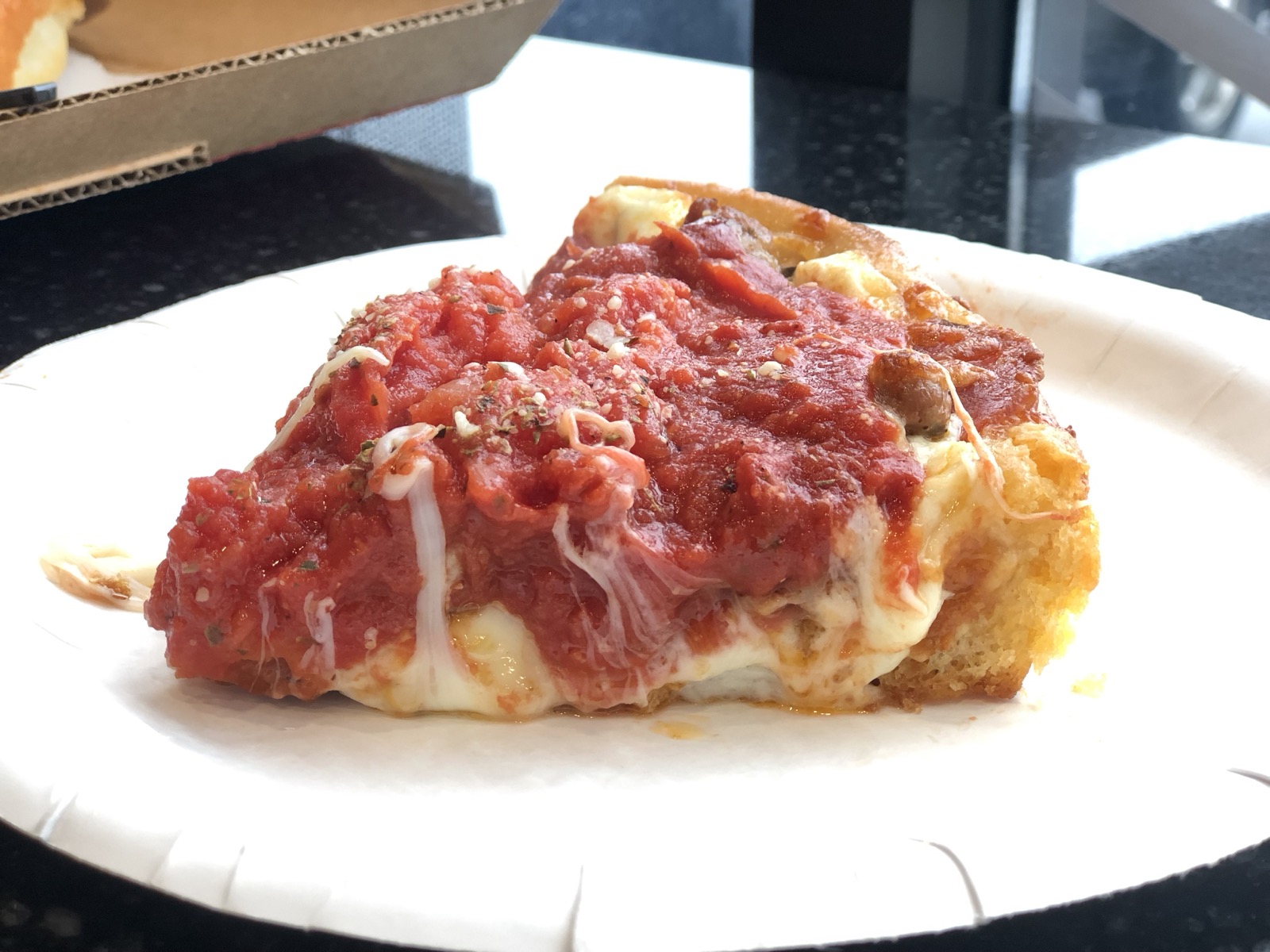 The first Rosati’s Pizza was established in the Chicago suburbs in 1964 by Alfred Rosati and his brothers. The brothers were among 10 children in the Saverio family, which had owned and operated Italian restaurants in Chicago since the 1920s. A second Rosati's was opened in 1967 in Niles, Illinois, followed by one in Arlington Heights.

As locations expanded and the business was passed along to the next generation, the Rosati’s Pizza concept was franchised. Today, Rosati’s operates locations in 15 States, including five in Wisconsin. The Bay View location opened in April of 2018 and serves up a menu of appetizers, salads, sandwiches and pizza, including their Chicago-style deep dish.

Rosati’s is carry-out and delivery-only. But the Bay View location does have limited counter seating. On our visit, we ordered a 10-inch Chicago-style deep dish with sausage, mushrooms and pepperoni. Despite the small quarters, we opted to dine-in, ensuring our pizza would represent as best possible.

Rosati’s crust was slightly thick with a classic biscuit-like texture and a crisp exterior. Impressively, it maintained its crispness throughout the pizza, even on the bottom (which didn’t suffer from any notable sogginess).

Its flavor was rich, with the most distinctly buttery flavor I’ve encountered thus far.

As for the toppings, the sauce was fresh and chunky with an acidic fresh tomato flavor. It was applied generously to the top of the pizza. Beneath the sauce, the pizza was littered with a generous amount of flavorful sausage, which was well spiced with a nice fennel presence and thinly sliced pepperoni, which offered a slight amount of spice and a bit of saltiness.

The mushrooms were fresh, but not watery, and there was enough cheese to offer both balance in the pizza’s flavor profile and a nice pull when pulling out each slice.

As expected, this is a solid example of a Chicago-style deep dish pizza, from its flavor to its build. If you love a crisp, buttery crust augmented with nicely flavored toppings, Rosati’s is an excellent choice.