The deep dish on Chicago-style pizza: Chuck's Place in Thiensville 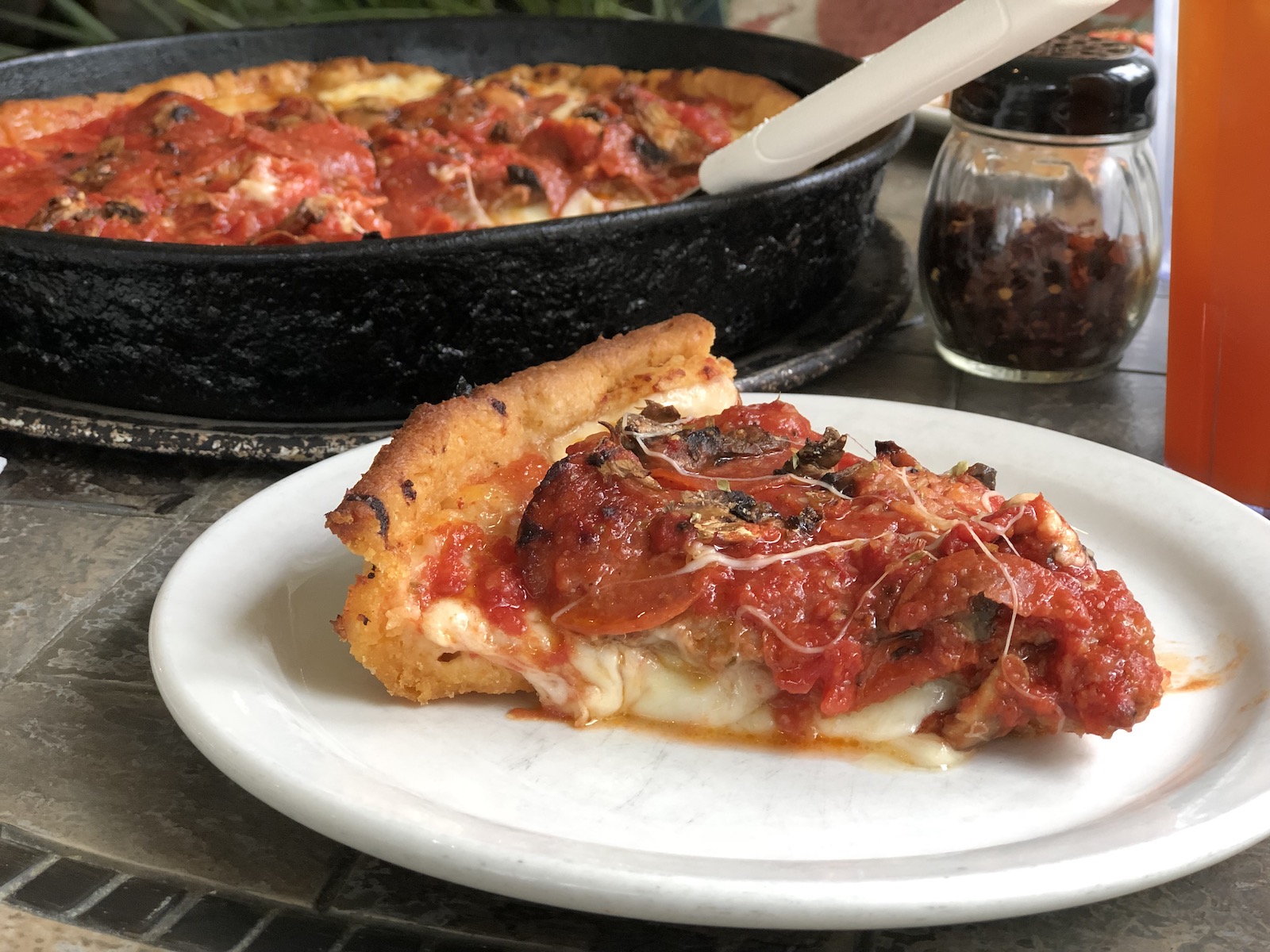 If you remember Freedmanelli’s Numero Uno in Shorewood, then you remember the advent of Chicago-style deep dish in Milwaukee. And, if you were saddened by its closing, you might well be delighted to know that the pizza still exists, though it’s moved about 15 miles north to Thiensville.

The restaurant was established by the late Charles "Chuck" Freedman, an industry veteran who owned a number of George Webb and Ham-N-Egger restaurants in the Milwaukee area during the 1960s.

But, despite a long time love of breakfast and sandwiches, Freedman also had a dream of being the first to bring Chicago-style deep dish (and stuffed) pizza to the Milwaukee market. So, after tirelessly working to duplicate the "top secret" signature crust, sauce and Italian sausage which defined Chicago style pizza in the Windy City, he brought his dream to fruition. In 1971, he opened Numero Uno on Oakland Avenue in Shorewood, a restaurant he operated until he was diagnosed with cancer in 1986.

Fortunately, Freedman benefited from both a strong will and good medical care, and he was able to put his hat back into the restaurant ring. In 1988, he established Chuck’s Place, a family restaurant which served all-day breakfast, lunch, dinner and the signature pizza he’d introduced at Numero Uno.

Freedman operated Chuck’s place for 12 more years before selling the business to Ted Hagen, a 20-year employee with whom he entrusted his beloved recipes. Today, Hagen still serves up the delicious deep dish pizza (the ingredients of which are almost identical to those used by Lou Malnati’s).

On our visit to Chuck’s Place, we ordered a medium deep dish with sausage, mushrooms and pepperoni.

The crust on the pizza was crisp and dense (you’ll likely want to tackle it with a knife). It possessed the proper biscuit-like texture and the classic yellow coloration. The crust was nicely oiled (but not particularly buttery), with significant crispness on both bottom and sides.

As for pizza’s toppings, the sauce showcased a deep, rich cooked tomato flavor with some texture from petitely diced tomatoes. It was more sparingly applied than on some pies, but offered a good balance of tomato flavor.

Meanwhile, the mushrooms were very thinly sliced (and sometimes crisp)with a pleasantly earthy flavor. There was a balanced amount of cheese, and the sausage, which is sourced from Chicago’s Fontanini Italian meats, is present in every bite, thanks to its application as a thin patty, which stretches from edge to edge atop the cheese. It possessed a nice mild classic Italian sausage flavor. Meanwhile, the thinly sliced pepperoni was flavorful and moderately spicy with lovely crisped edges.

This is a Wisconsin-made Chicago style pie that both captures the essence of the original and makes it well worth the drive to Thiensville.

9 new spots to get your pizza fix