It's a question I'm asked on a regular basis. It's also one that's become far easier to answer in recent years as Milwaukee has become home to various Chicago-style deep dish pizza brands. But, even among those popular brands – think UNO, Pizano's, Rosati's and Lou Malnati's – there are variations.

So, I decided to take the time to explore the Chicago deep dish pizza scene in Milwaukee, visiting each spot and giving you a full report on the flavors and textures you'll encounter at each location. To keep things consistent, I ordered a small (generally 10-inch) pizza with sausage, mushrooms and pepperoni at each location, and then tasted each component (from toppings to crust) to give you the full lowdown. 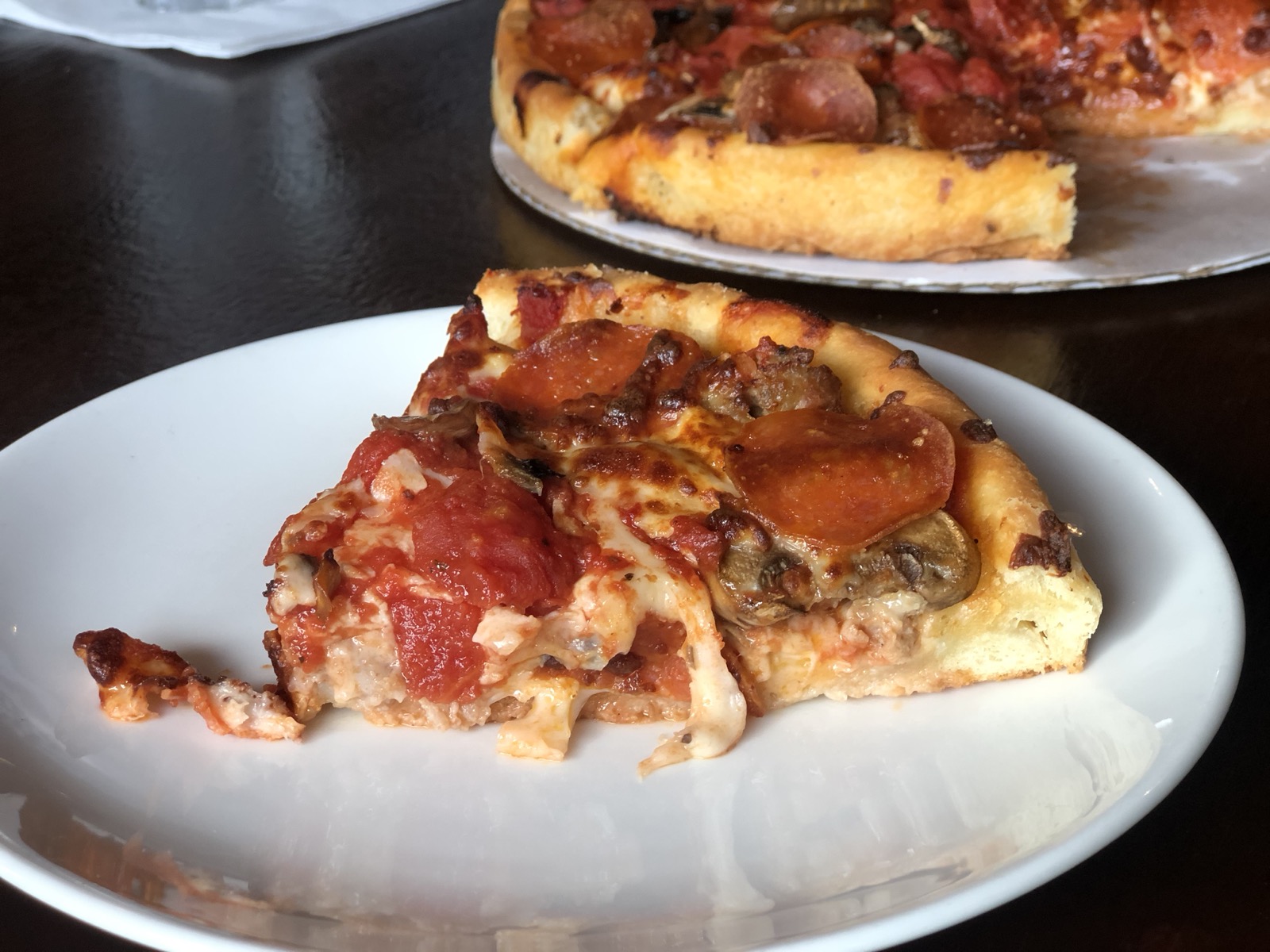 Chicago deep dish pizza has a storied history.  But it begins with Pizzeria UNO, a restaurant founded by Ike Sewell and Ric Riccardo in 1943. Today, the UNO brand credits Sewell with creating the Uno’s recipe; but that’s up for debate. After all, the two owners weren’t chefs and there’s no evidence they knew much about pizza. But they were smart enough to hire people who did, including Adolpho "Rudy" Malnati, Sr. (the father of Lou, who founded Lou Malnati’s and Rudy, who founded Pizano’s) and Alice May Redmond, who would go on to be the chef for Gino’s East.

Even after he made the decision to franchise the business in 1979, Sewell owned and operated the original Pizzeria Uno (along with Pizzeria Due, and Su Casa) until his death in 1990. Meanwhile, the national franchise grew to include over 200 locations. In the mid-2000s, it changed its name to Uno Chicago Grill and introduced a menu of lower-calorie pizza alternatives for customers. But, business suffered. So, by 2015, they put Pizzeria back in the name, creating UNO Pizzeria & Grill.

On our visit to the Uno’s in Menomonee Falls, we ordered a 10-inch deep dish with sausage, mushrooms and pepperoni. We actually called in the order, hoping to slice a bit of time off of our lunch trip. They misunderstood our intent and packed it up as a to go order (hence you’ll notice the lack of a deep dish pan in the photo).

The crust of the pizza was crisp and dense, with the proper biscuit-like texture (no surprise, as UNO is the godfather of the Chicago-style pie). It also possessed the classic yellow coloration and a vaguely buttery flavor. The pizza crust remained crisp on the inner portion, but did get vaguely soggy on the bottom.

As for toppings, the sauce was largely comprised of diced tomatoes, which mingled with the mushrooms and seemed to be topped by the pepperoni. I was a bit surprised, as I recall there being more sauce on the top of the pizza the last time I indulged (and I recall it being on top of all the remaining toppings) … but, it’s been a number of years. So maybe my memory is faulty.

There was a good amount of cheese – enough to satisfy a cheese lover, but not so much that it overwhelmed the other toppings. The mushrooms were fresh and thickly sliced; some weren’t entirely cooked. The Italian sausage had a mild flavor, and we found varying sized pieces distributed throughout the pie. Meanwhile, the thinly sliced pepperoni, which had a fair amount of kick, was placed on top. Thanks to its location, where it was exposed to a good amount of heat, most pieces were quite crisp.

In case there was any doubt (which there shouldn’t be), UNO is, indeed, a classic Chicago-style deep dish. Was it the best we’ve tried? It wasn’t. In fact, there's at least one locally made pie that blows this now widespread chain squarely out of the water, which we'll be featuring later this week. So stay tuned!