The deep dish on Chicago-style pizza: Pizza Pete's in Cudahy 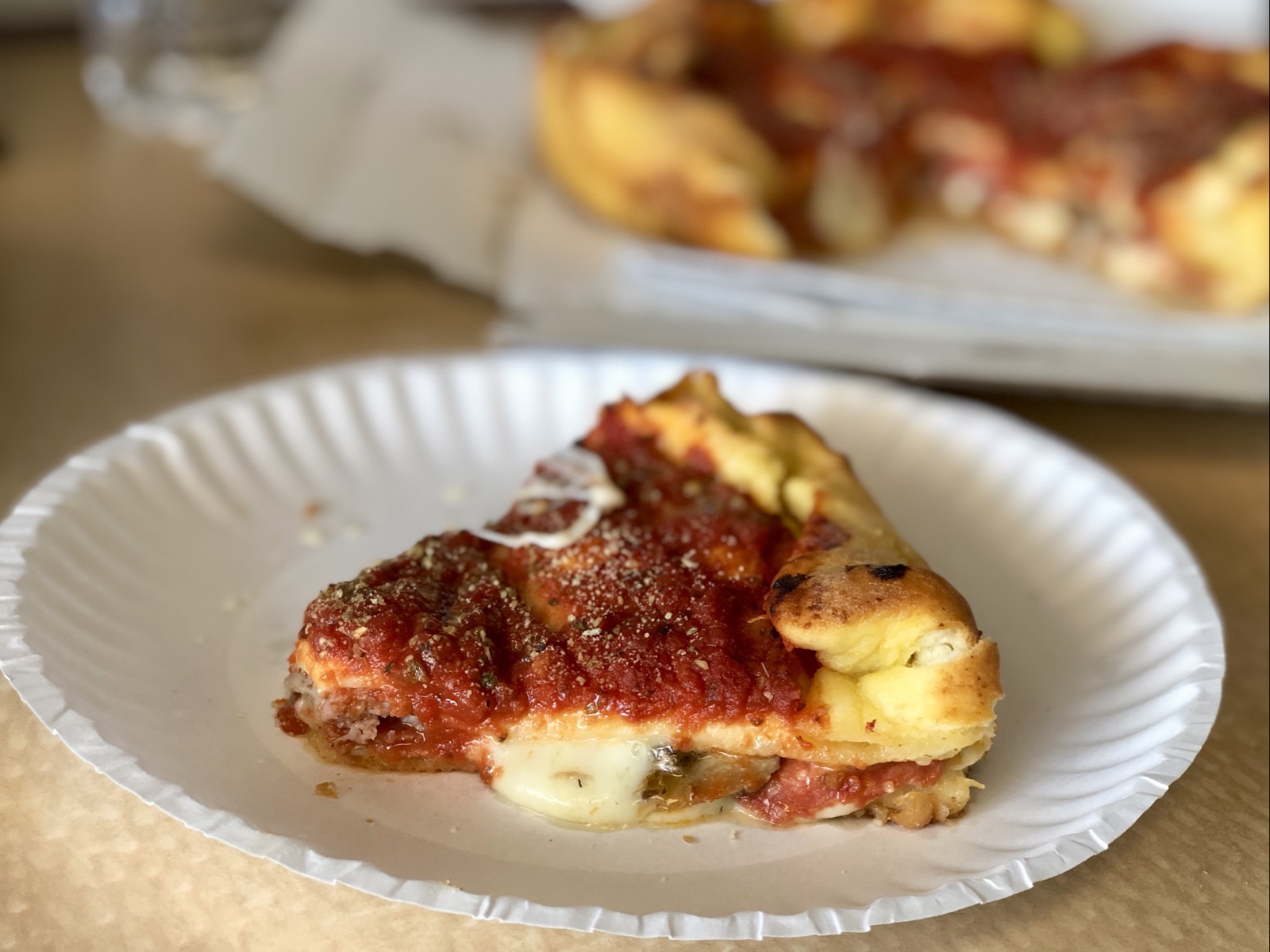 Cudahy is filled with numerous quirky, and often underrated spots. Among them is a relative newcomer, Pizza Pete’s, a low key pizzeria located in a humble strip mall on Grange Avenue. According to the brand’s web site, the pizza restaurant pays homage to Pete Einwiller, a late military veteran and fan of The Grateful Dead who apparently always had a dream of opening a small pizza place. As the description reads: "He was known in Cudahy for his big heart, tie-dyes and wearing shorts all year around."

Even after Einwiller passed in 2000, his children remembered his dream and opened Pizza Pete’s in his honor. Although Pizza Pete’s is likely more of a carry-out spot, they do have a small dining area which seats about 12. And you’ll see nods to Einwiller in the form of Grateful Dead paraphernalia, tie-dyed shirts and an overall relaxed vibe.

The menu lists numerous pizza styles including original thin, hand tossed, stuffed and "Chicago Style." As you might expect, we opted for a 10" Chicago Style pie, which we consumed at a table inside the little dining area.

The crust of the pizza was thick and soft without the usual biscuit-like texture of a Chicago-style deep dish. But it was quite buttery with what I discerned might be a hint of garlic. It was lightly crisp on the sides and bottom, though the bottom layer grew soggy quite quickly as the juices from the pie seeped out into the take-out box in which it was served.

As I dug in, I found that there was also a thin layer of crust on the top of the pizza, hovering just beneath the sauce. Yes, this was a stuffed pizza. 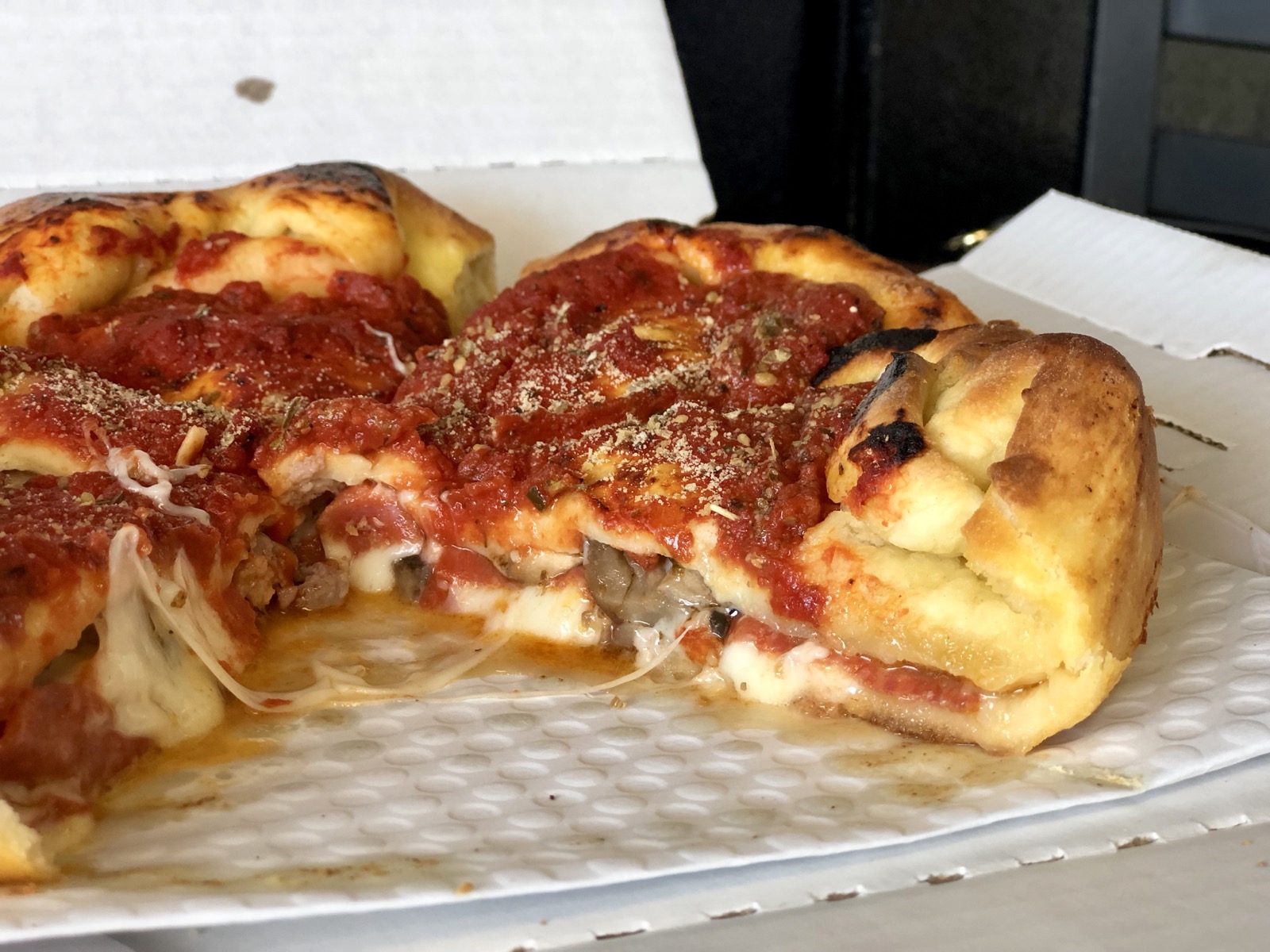 The pizza was topped with a generous portion of sauce that possessed a deep, cooked tomato flavor. It wasn’t sweet, and it was moderately seasoned with spices.

The mushrooms were fresh and sliced in a thicker cut; but they were fully cooked with good flavor. Meanwhile, the sausage was loose and soft, with seasonings that were more salty than complex with a minimal presence of fennel. Subjectively, it wasn’t my favorite. The pepperoni was thin and soft with a salty, slightly spicy flavor.

And the cheese… well, there was plenty of that. In fact, if you want an impressive cheese pull on your pizza, this is one for the books. I’ll tuck a gratuitous photo of it in here, just for good measure. 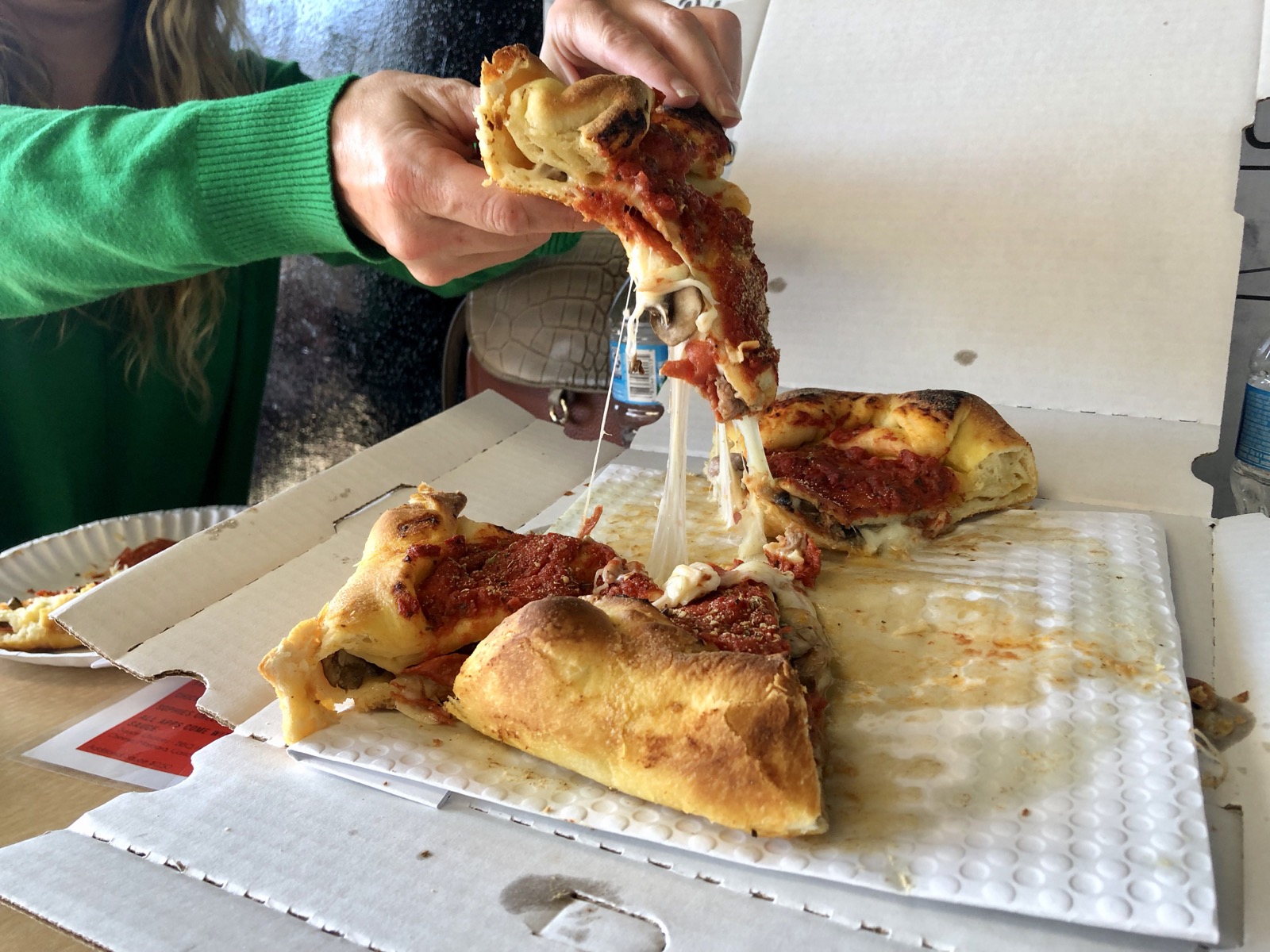 Well ... Cudahy is south of Milwaukee. But it's not Chicago. Based on the crust alone (and it's stuffed nature), this is not a classic Chicago-style deep dish. But, if you’re a fan of deep dish with a thick flavorful crust that’s loaded with cheese, you might just find a happy place at Pizza Pete’s.