Angela Speed from the Wisconsin Humane Society shares interesting cat factoids, from the number of feline adoption transactions to the myth around Halloween and black cats.

Welcome to OnMeowaukee Cat Week, a meowsome bunch of articles, photos, videos and an Instagram contest celebrating all aspects of Milwaukee cats. Sponsored by Bark N' Scratch Outpost, these seven days are dedicated to those creatures with nine lives who make our lives more paw-sitive.

Every year, the Wisconsin Humane Society (WHS) places thousands of cats in homes. In 2014, WHS finalized 4,735 cat adoptions, which is very close to the number of dog adoptions at 4,791.

"We have 122 volunteer cat socializers who donate their time to play, cuddle and socialize with cats to keep them healthy and happy during their stay with us," says Angela Speed, the vice president of communications for the Wisconsin Humane Society.

There are three WHS locations: Milwaukee, Saukville and Racine.

Additionally, 1,208 cats and kittens were cared for in foster homes in the past 11 months and 500 cats have been spayed or neutered since the West Allis-based Spay / Neuter Clinic opened on June 1. According to Speed, the average length of stay on the adoption floor for a cat is 3.4 days.

"The Wisconsin Humane Society does not euthanize any of the animals in the adoption program, regardless of how long it takes to place them with a caregiver," says Speed.

However, Speed says it’s ideal for people to consider re-homing on their own before surrendering them to a shelter.

"As nice as WHS is, it can be a stressful environment for a cat, which can result in increased risk of illness and other issues," says Speed. "That being said, we never turn an animal away. When we have a high population of cats, like during the busy summer season, we turn to our foster network to expand our space."

In general and not surprisingly, kittens are adopted sooner than older felines. Hence, WHS waives fees entirely for cats 1 year or older. (Although new caregivers can always "name their own fee," which counts as a donation.) 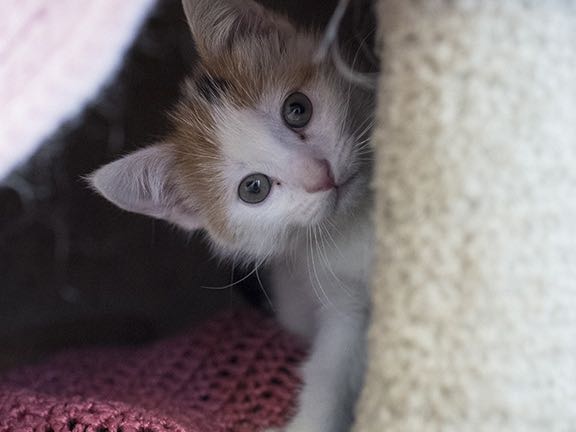 "It seems that everyone has their particular preference – some love orange tabbies, others fall for dilute calicos and some people swoon for long-haired Maine Coons," says Speed. "We’re lucky to have a community that values cats who already know the ropes and are a bit more mature. Older cats won’t climb your curtains, either."

Kitten fees range from $25 to $149 and there’s a 50 percent discount on the second if two are adopted at the same time. All three WHS campuses also offer a 25 percent military discount on adoption fees with valid proof of service.

"The higher adoption fees for kittens help support the older cats who may be in our care substantially longer, needing more food, overall care and medical support," says Speed.

Because Milwaukee is home to thousands of feral cats, WHS offers Trap, Neuter, Return (TNR) services along with sterilization and vaccination services to feral cats for a nominal fee.

"Besides ending the breeding of feral cats, TNR stops many nuisance behaviors like spraying, yowling, and fighting. Also imperative to preventing more cats in the community is spaying and neutering your own cats, and keeping your cats indoors," says Speed.

Although cat welfare is a serious issue, WHS has been in the news recently for having fun on the job, particularly with the naming of their cats. This story went viral and made it onto Jezebel and Reddit.

According to Speed, it’s a misconception that shelters shouldn’t adopt black cats around Halloween.

"In fact, we run black cat promotions during Halloween to help bust this myth and celebrate the black cat," says Speed. "There is absolutely no evidence that adopting black cats around Halloween poses any greater risk to felines than adopting at any other time of the year." 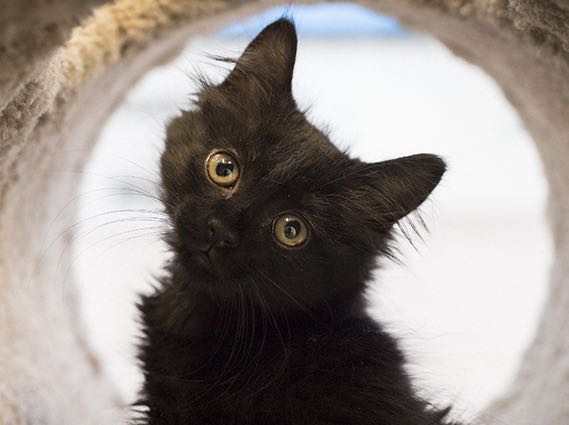 Speed reminds that adopting a cat from the WHS, the Milwaukee Area Domestic Animal Control Commission (MADACC) or from another shelter or rescue group not only saves a life, but helps to make a space for the next cat or kitten in need of help.

"Cats and kittens adopted from shelters and rescues are typically spayed or neutered, given initial vaccinations and are microchipped, so you save a lot on those types of expenses when you adopt," says Speed. "Most of all, please oh please keep your cats indoors. Aside from protecting your cat from cars, other animals and outdoor elements, it helps to prevent disease transmission, overpopulation and wild bird predation." 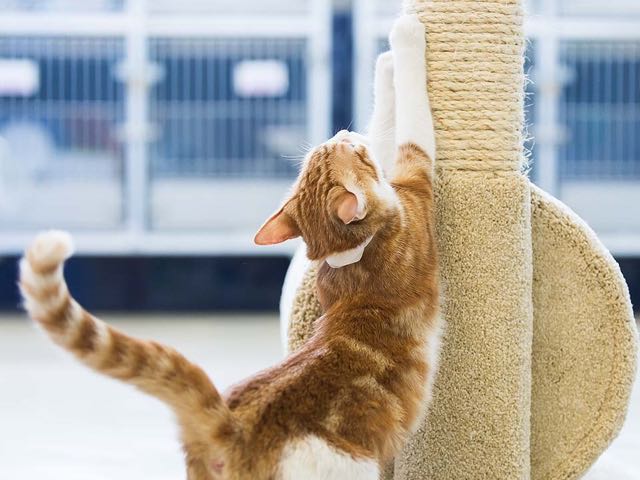