There is a new vegan eatery coming to the East Side. And if its tagline is any indication, it promises to be uniquely delicious.

There is a new vegan eatery coming to the East Side. And if its tagline is any indication, it promises to be uniquely delicious.

Celesta: Extraordinary Vegan Eats will be located at 1978 N. Farwell Ave. in the former home of Jow Nai Fouquet. The restaurant will join an increasing number of vegan eateries that have opened in the past few years, including spots like Strange Town, Urban Beets and Beerline Cafe.

Celesta’s owner, Melanie Manuel, is also the face behind Beatrix Foods, a vegan pop-up concept that has gained a reputation for fresh, inventive cuisine that has caused a stir among vegans and carnivores alike.

"My goal is simple," she says. "I want to provide a welcoming space where people can have a really amazing experience. I want to build a community and help people create memories. I think that’s what great restaurants do."

Manuel says that, much like her pop-ups, the menu at Celesta will feature internationally- inspired fare including appetizers, small shareable plates, entrees and desserts.

"There will be a rotating ‘global bites’ dish," says Manuel, "... finger foods like dumplings or pierogi. And we’ll make our own pickles and chutneys."

There will be comfort food items like a vegan turkey club made with seitan, ramen made with a miso mushroom base and a Southern platter featuring vegan fried chicken and macaroni and cheese made without dairy.

Celesta will also cater for those looking for grab-and-go items, including bakery (like these vegan croissants) and sandwiches. 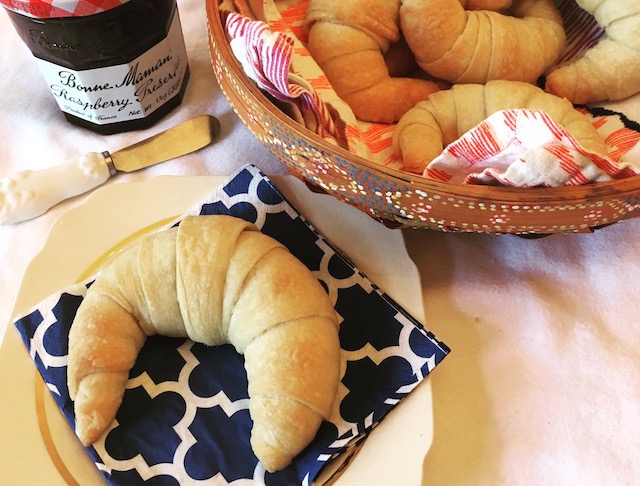 A butchery case will be stocked with three or four plant-based proteins including selections like turkey slices made from seitan, seitan and chickpea cutlets and tempeh bacon, all of which will be available for purchase.

Meanwhile, a full bar will feature beer, wine and a selection of house cocktails, including options like a gin-based Sechuan spritzer and a riff on a tiki-style cocktail.

Among other offerings, Manuel says Celesta will host a daily happy hour, late night bar bites on Friday and Saturdays and brunch on weekends. There is even likely to be hot vegan ham and rolls available on Sundays during Packers season.

The interior, she says will feature mid-century modern fixtures, birch wood and a color scheme that focuses on hues like white, navy and yellow. The walls will be covered with art, Manuel says, most of which will have an international flair.

As for the name, Manuel says it references a number of things that hold importance in her life, including the celesta, a percussive instrument that gained notoriety when Pyotr Tchaikovsky chose the instrument for a variety of his compositions, including "Dance of the Sugar Plum Fairy."

"I was born in December," says Manuel. "So, 'The Nutcracker' was always special to me. And I’ve always loved the stars; there’s so much symbolism in the skies." 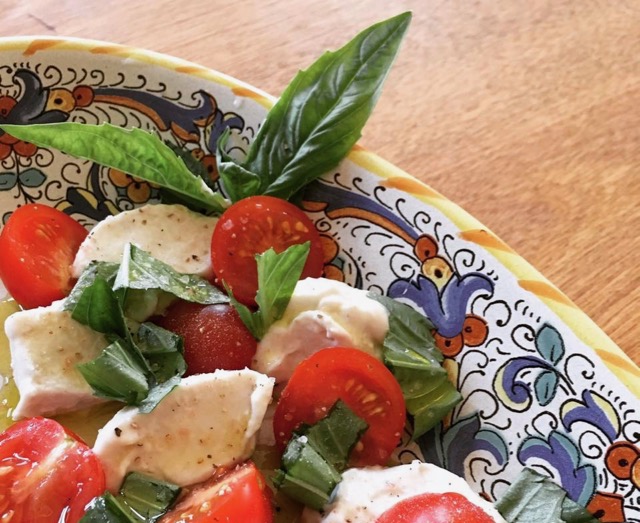 Manuel grew up in a military family, an experience she credits with exposing her to a variety of cultural influences. Over the years, her family lived in a variety of locales, including California, Washington D.C., Alabama and Illinois as well as England and Germany.

"Food was always a central part of my experience," she says. "And we were always eating things that were more unusual. My mom was a great cook, and my father was always looking for ways to challenge our palates.

"When I was about 14 years old, my dad took me to an Indian restaurant in Washington D.C. It was a time before Indian fare was a staple, and I’ll never forget the experience. The restaurant was located in the basement of an old building, and the pickles came on a tiered silver carousel. I recall being struck by the elegance of it all."

Manuel says her grandmother also played a role in shaping her love for fresh, local fare.

"She had a beautiful garden," Manuel recalls. "And she raised bees and horses. I still remember eating freshly harvested new potatoes prepared with fresh English peas and cream. It was absolute comfort food. I make the dish now with almond milk, and it still takes me back to my childhood."

Manuel says she spent much of her early career teaching English in China and Germany before landing an education position in Florida. By 2015 she and her boyfriend, Coe Douglas, decided to move back to the Midwest, where both shared roots.

"As we contemplated where to move, we visited a variety of cities," she says. "And we fell in love with Milwaukee. On our visit, we discovered this really great mix of European culture and powerful working class roots, combined with so many fun, kitschy gems. We also loved that the city offered so many opportunities for creative pursuits."

During her first year in Milwaukee, Manuel says she took a job teaching adult literacy on the North Side, but thanks to encouragement from Douglas, she also began taking on work related to her passion for food.

"I hired a girl from the coffee shop down the street," Manuel says. "We didn’t take reservations. But I put up a few posters in the area. And on the night of the event, we set up and then we waited. Before we knew it, there were 40 people sitting down for dinner."

As demand grew, she says she continued hosting pop-ups, eventually starting a small catering business called Beatrix Foods. It was the birth, she says, of the vision for Celesta.

"It’s been such a cool experience because i’ve gotten to know all of these really great people," she says. "Milwaukee is really a place that’s ready for more vegan fare. And I’m really excited to be able to provide that at Celesta."