It's an unprecedented time, indeed, when we can enjoy family style meals from Sanford. But diners also have the opportunity to pair those meals with some very special Sanford beverage offerings, including Chef Justin Aprahamian's painstakingly curated selection of cellared beers.

The restaurant world has certainly turned topsy turvy during the Coronavirus (COVID-19) outbreak. But amid the myriad changes to restaurant operations, there have been numerous pleasant surprises along the way.

Restaurants which never offered carry-out as a regular offering – including Amilinda, Odd Duck, Story Hill BKC, Third Coast Provisions, Uncle Wolfie’s Breakfast Tavern and more – have turned on a dime and refinagled their operations in an effort to survive in the "new normal." (You can view a list of area restaurants offering carry-out here).

Among those that have made an enormous shift is Sanford, a restaurant long known for its exceptional tasting menus and fine dining offerings. Currently, Sanford is offering a daily menu of family-style meals (which serve four people) for carry-out.

But diners also have the opportunity to pair their meals with some very special Sanford beverage offerings, including Chef Justin Aprahamian’s painstakingly curated selection of cellared beers. 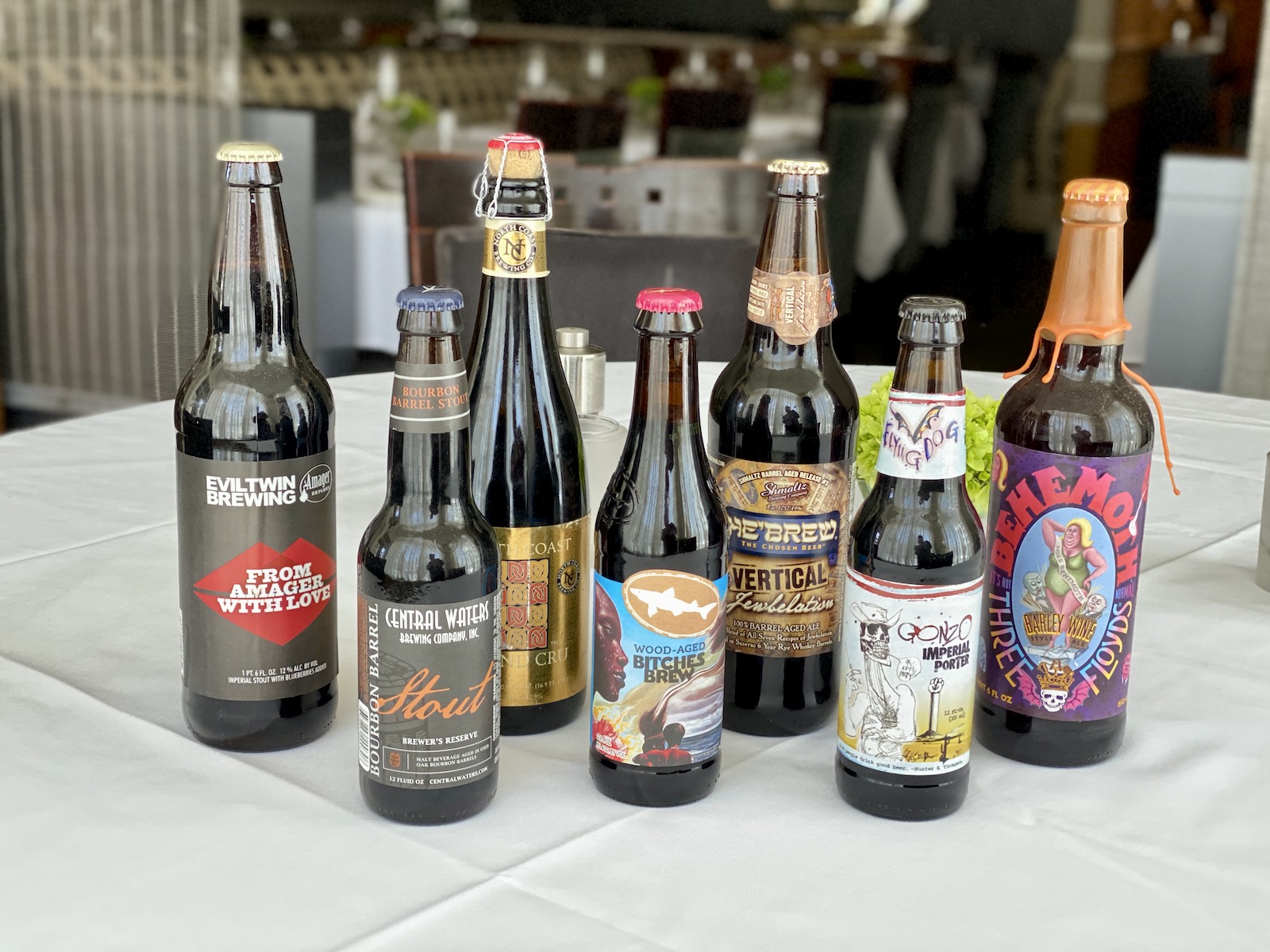 A collection over 10 years in the making

"Beer has always been more accessible to me than wine," notes Aprahamian, who says some of his first beer memories were formed in his early 20’s when he’d make treks to Brennan’s Market on Bluemound to pull together six-packs of assorted brews.

"At the time, they had all these crazy craft brews from Colorado and all over," he says. "They had things you would hardly ever see elsewhere and the make-your-own six packs made it easy to try all sorts of things."

His initial curiosity became a beloved passion, and as the years progressed, Aprahamian spent time delving into the craft beer scene, getting to know various styles, deeply exploring Belgian beers and keeping up with the evolution of sours and bottle conditioned brews.

As his appreciation for beer grew, he started collecting bottles of beers he thought might age well.

"Probably starting in about 2009, with the knowledge I was going to be taking over the restaurant from Sandy D’Amato, I started squirreling things away," he says. "We’d do beer dinners and I’d take beers that I thought might age well and put them down the basement." 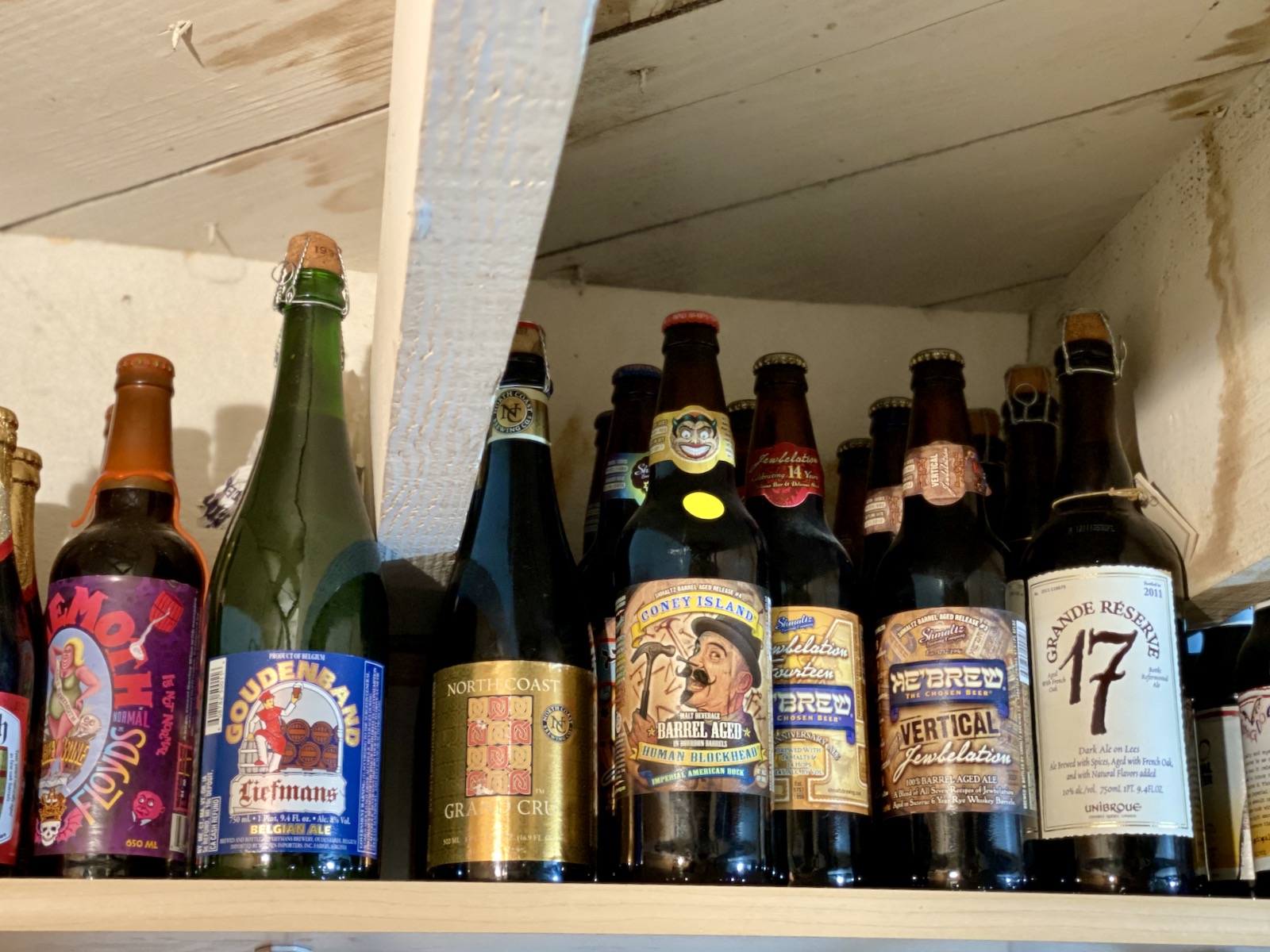 The art of cellaring

Aprahamian says he started out with brews like Flying Dog Brewery’s Gonzo Imperial Porter (you can find a 2011 release, weighing in at a 9.2% ABV on the Sanford menu for $11) and moved on to include a wide variety of beers, from American wild ales to choice Belgian finds and aged, cellared stouts.

"Cellared beers are really interesting," notes Aprahamian. "Their flavors evolve. Edges soften and more harsh flavors smooth out. Along the way, you’ll also have flavors that disappear. Hops, for instance, dissipate quickly, so beers lose their citrus notes and aromatic qualities. In some Belgians, a Brett yeast might get leathery and dry. And sour beers – because they’re bottle conditioned – they can become more sour and funkier as time goes on."

He admits he learned a ton simply through trial and error.

"Along the way, I learned a ton about how packaging impacts a beer’s ability to age without oxidation," he says. "And I learned how to choose beers that would really stand the test of time… in most cases it’s really similar to wine. Things with sugar and acid age better, as do barrel aged beers… I’m still learning. And we’re regularly tasting our cellared beers to see how they’ve fared." 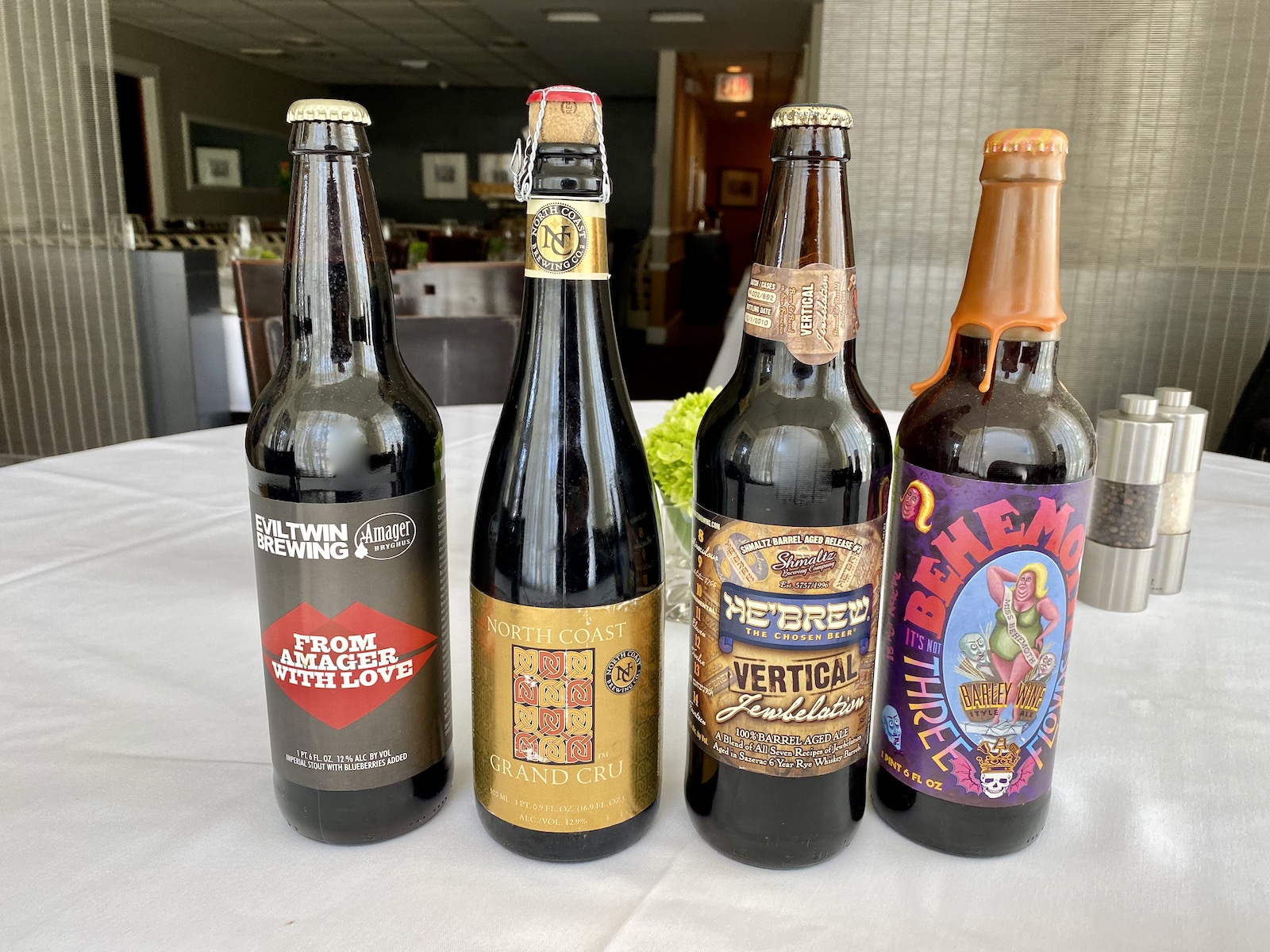 "When we serve a dish with mole," he says, "I know it will go really well with the Founder’s Curmudgeon that’s in the cellar. So we’ll bring it out and put it on the menu."

Among Aprahamian’s favorites are the brews in the Mikkeller Spontan Series, which are fermented entirely with wild yeast.