Changes coming in the kitchen at redbar as Chef Henninger departs

There are a host of new menu items and specials on the way at redbar. But, that's not all. There will be staff changes as Chef Sean Henninger will leave the St. Francis bar to open his own restaurant.

Changes are on the way for redbar, the bar and restaurant located at 2245 E. St Francis Ave.

Although notable differences won’t be evident for a few weeks, co-owner Carrie Wisniewski says plans are in the works, including expansion of the appetizer selection, the addition of soups, wraps and a variety of new sandwiches, and the launch of new weekly specials, including a pizza and pitcher offering featuring locally made pizzas with a variety of toppings, slider night, a build-your-own burger night and $2 hot dog specials on Sunday afternoons during Brewers games.

The changes will be implemented under the leadership of long-time bartender and industry veteran, Jocelyn Drake, who will assume oversight of kitchen operations, along with forging partnerships with local purveyors, including Canfora Bakery, Buddy’s Meats and Tower Chicken.

"The idea is to promote community," says Wisniewski. "We also want to support these other local businesses that offer amazing products by incorporating them into redbar’s menu."

In lieu of a more traditional fish fry, the restaurant also plans to offer Friday night fish specials which will change weekly. Brunch is, apparently, also on the list – a new offering which Wisniewski says will eventually roll out on Saturdays and Sundays. Brunch offerings will change as often as weekly, offering customers new things to try each time they come by.

"In the end, we want redbar’s food to be both creative and well made," says Wisniewski. "The goal really is to offer something for everyone. Nothing fancy, but definitely quality."

The changes come on the back of news that Chef Sean Henninger, who took over kitchen operations at the bar just over a year ago, will be departing his post to open Popolo Pizzeria, an Italian restaurant and pizzeria in Mineral Point. 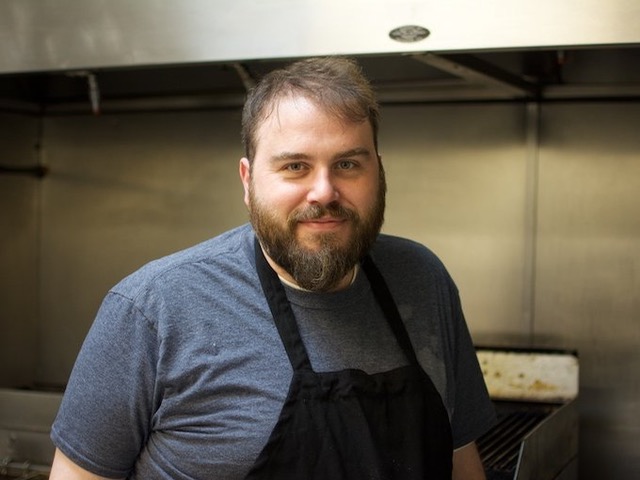 "We are really very excited about Sean's new endeavor," says Wisniewski. "He has been a friend for many years and he has really helped us move into the food service area of this business. He will be sorely missed at redbar. But it was always the plan for redbar to be his place to regroup, refuel and refocus on his dream of owning his own place. So, we wish him well."

Henninger, who is the former owner of Times Square Pizza and Atomic Chocolates, had been looking for a space to reopen his popular business after plans fell through to move it to a new location in 2014. So, when the opportunity arose to take over a full, established kitchen – which also contains an Italian pizza oven – in Mineral Point, he says it was an offer he simply couldn’t refuse.

During his tenure with redbar, Henninger introduced a menu that encapsulated both comfort food favorites, along with more creative takes on classic dishes, also set a bar for pub food that rose above the usual.

"At this point, I’m really going off to open my dream restaurant," notes Henninger. "It’s everything I’ve wanted in a place of my own and I can’t wait."

Of his time at redbar, he notes: I’m really grateful for the opportunity to work with and for them. At this point, they’ve got a good base and system in place that they can build on, and I wish them all the best moving forward."

Henninger’s last evening in the Redbar kitchen will be Saturday, May 7.