Questions are still looming about the fate of the former East Side location of Red Dot, which is currently in the process of being sold. But we've got the low down on improvements to the East Tosa location, where business is growing.

Questions are still looming about the fate of the former East Side location of Red Dot, which is currently in the process of being sold. But we’ve got the lowdown on improvements to the East Tosa location, where business is growing.

The Tosa location, which was established at 6715 W. North Ave. under the name The Sherbrooke, has seen a host of improvements since it opened in 2013. The building has gotten quite the makeover, from interior improvements to a new facade and a spacious patio. 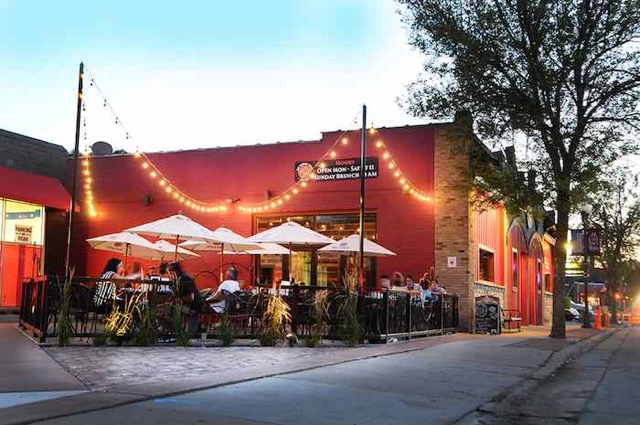 As of last week, the restaurant and bar also began hosting live music in an expanded entertainment area which was added on the west end of the building.

"We’ll be hosting local acts of all kinds," notes owner Martin Beaudoin of the addition, "And we plan to use the space for private events and fundraisers as well."

The new space features a stage and sound system, along with additional square footage which will function as overflow for the bar and dining area.

"I’ve got a list of acts I’d like to book," says Beaudoin. "Including Radio Radio and The Exotics. And we’ll be hosting open mic nights on Wednesdays starting in September." 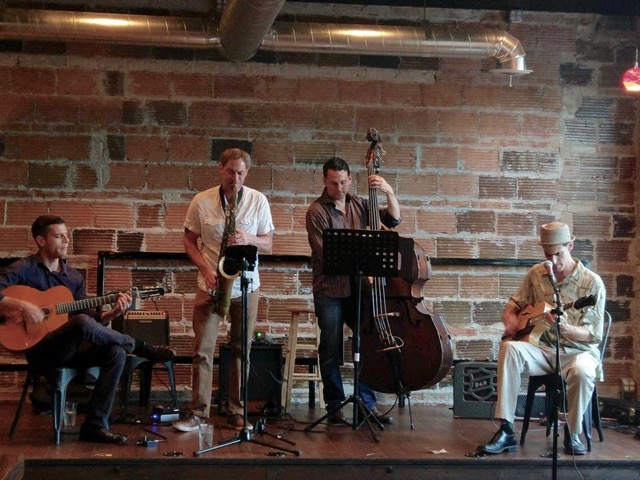 The Tosa location will also see changes to its menu moving forward. Christopher McCann, who joined Red Dot on the East Side last summer, says he’s rebooting the food menu, as well, to include more Red Dot favorites (like the Arizona burger, Crabby Patty, nachos and cheese curds) as well as numerous new offerings.

"When I started at Red Dot, we were bringing in pretty much everything frozen," notes McCann. "So my big thing was really to bring us back to scratch cooking – from the soups and sauces to the aioli. Now, I’m focusing on really making the East Tosa menu shine."

McCann, whose experience includes work in hotels and fine dining, including cooking at the Grand Geneva resort, says that while Red Dot will never be "fine dining," he’s looking to bring elements of that to the table.

Additions include an expanded brunch menu (served Saturday and Sunday from 10 a.m. to 3 p.m.) which includes classic offering like eggs benedict ($8.50), a corned beef skillet ($10) and build-your-own omelets (starting at $9) along with Red Dot originals like breakfast poutine ($4-9), the RD Benedict with crab cakes and spinach served atop a toasted bagel with cream cheese and house hollandaise ($11), and the Full Monte with bacon, sausage patties, Canadian bacon, tater tots and scrambled eggs on French toast with a side of syrup ($11).

"Moving forward, we’re going to expand the poutine offerings to be more like a poutinerie," says McCann. "We’ll always have the traditional. But we’re looking at potentially bringing the breakfast poutine onto the regular menu and offering various other styles, like pizza or taco."

The burger menu will get a facelift, notes McCann, to include more delicious options. And the restaurant will be acquiring a smoker so they can expand their list of barbecue offerings. 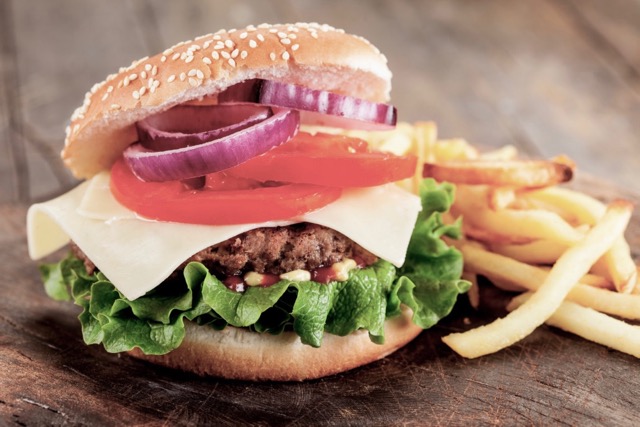 "The barbeque brisket is one of our best sellers," he says. "And we’ll expand our offerings to include pulled pork, chicken, turkey and ribs."

McCann says the new menu is likely to launch in September.

"The goal is to move toward changing the menu twice a year," he says. "To have a fall and winter menu and then a spring and summer menu … also to offer more bistro style fare that’s a step above your typical bar food. The heart and soul of the idea is creating things that people really want to eat at a reasonable price."

The Fermentorium in East Tosa is adding a kitchen