Like a craft brewery hoping to create a buzz and ramp up production, Chicago's Brewseum is starting out small, doing a collaboration brew while it works to find a permanent home. The first exhibition, "Brewing Up Chicago: How Beer Transformed a City," includes some great Milwaukee materials, and is on view now at the Field Museum in the Windy City.

CHICAGO – Like a craft brewery hoping to create a buzz and ramp up production, Chicago’s Brewseum – brewing museum, that is – is starting out small, doing a collaboration brew while it works to find a permanent home.

"Our first exhibition provides a look into the kind of narratives the Chicago Brewseum aims to display," says Liz Garibay, executive director of the Brewseum. "The current exhibition focuses on the growth of both Chicago and the beer industry and impact immigrants had on both during the 19th century."

This first exhibition is modest in size, but big on memorabilia and information. 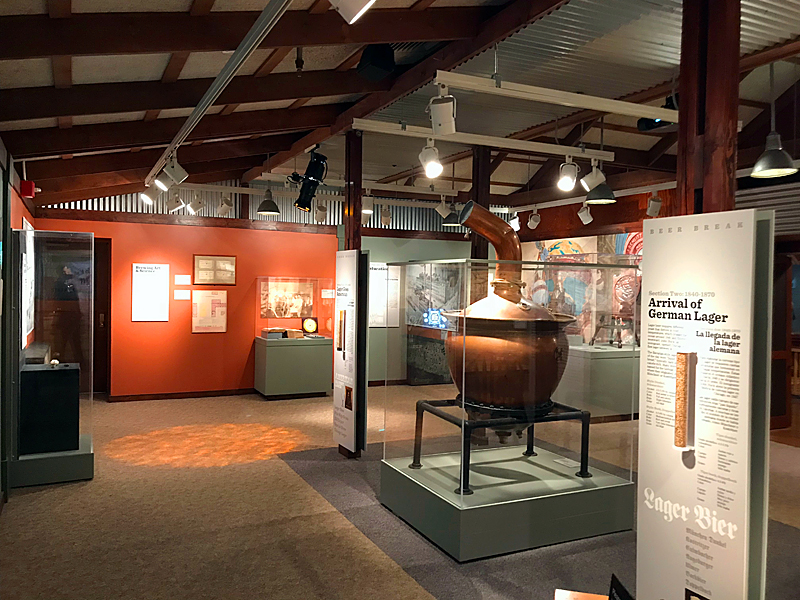 Among the former, there’s a gorgeous 19th century copper brew kettle from Chicago’s still-influential Siebel Institute of Technology brewing school, bits of architectural detail, furniture from tied houses, photographs and some great Milwaukee-related stuff, including reproductions of Schlitz art created for the 1893 Columbian Exposition in Chicago and some great Pabst memorabilia – including the famous medals – from the same world’s fair.

There’s even a model of Milwaukee’s beloved, and lost, Pabst Building, designed by Chicago architect Solon S. Beman, and other items that were in Pabst’s pavilion at the fair. That pavilion is now the entrance to the Pabst Mansion.

There are also panels that discuss Chicago’s earliest breweries, brewing science and techology, fermentation, the English ale tradition and the arrival of lager with German immigrants, the explosion of pilsners and a video about the 1855 Lager Beer Riot in Chicago that includes mentions of Blatz. 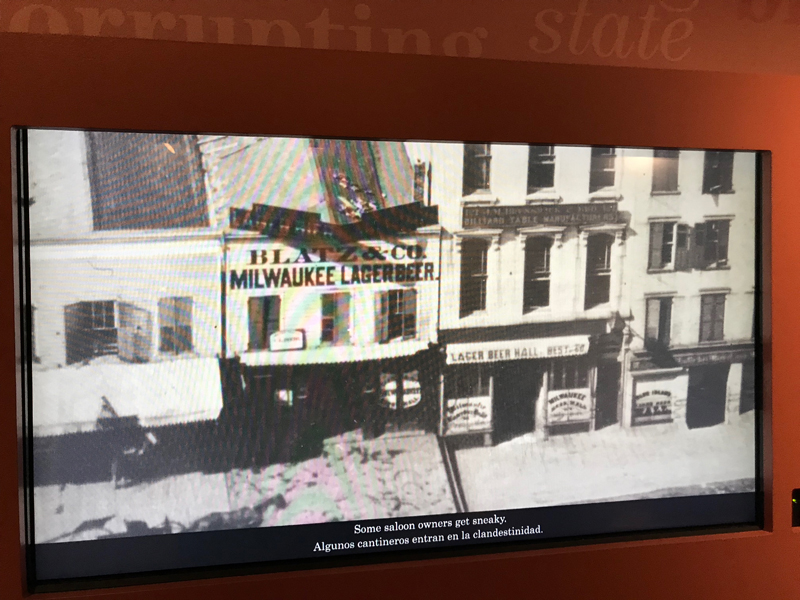 The Milwaukee connection is a natural, says Garibay, who has forged connections with the Milwaukee County Historical Society and The Pabst Mansion for "Brewing Up Chicago."

"Everything ewe do is collaborative and Milwaukee is an incredibly important part of the Chicago, Midwestern and national story," she says. 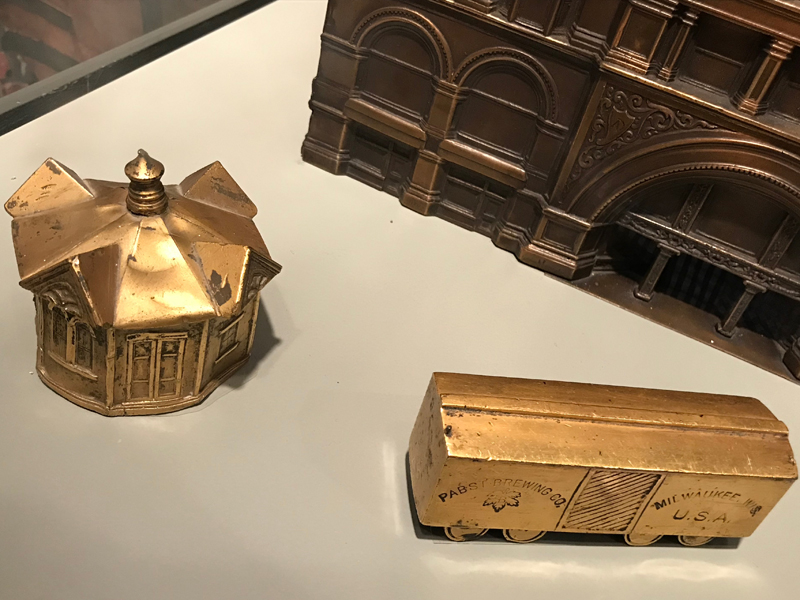 At the moment, Garibay and her team are working to find a permanent home for the Brewseum, which, she says, "aims to be the country’s first large format non-profit museum dedicated to telling the global story of beer.

"Our 30,000 square foot facility will house three exhibition galleries, classroom space, event space, a rooftop beer garden and a nano brewery and tap room. We’re already working on that and are in the midst of many conversations and more important than location, is finding the right partners to do this with us." 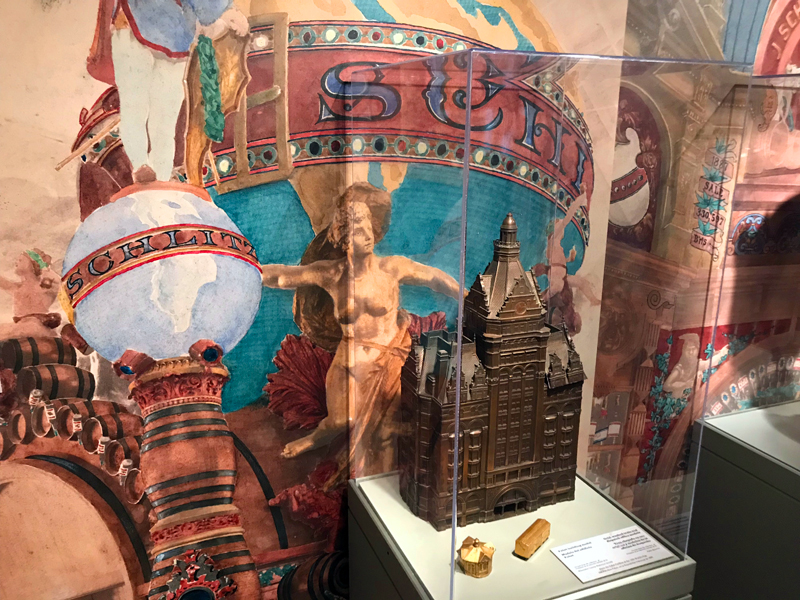 "Brewing Up Chicago" was just one step in what Garibay expects to be a long and multi-faceted process of cooking up the Brewseum.

"With the incredible opportunity and partnership that came our way with the deepened collaboration with the Field Museum, we had to turn all of our energies on curating, developing, writing, designing, fabricating and installing that space for the bulk of 2018. 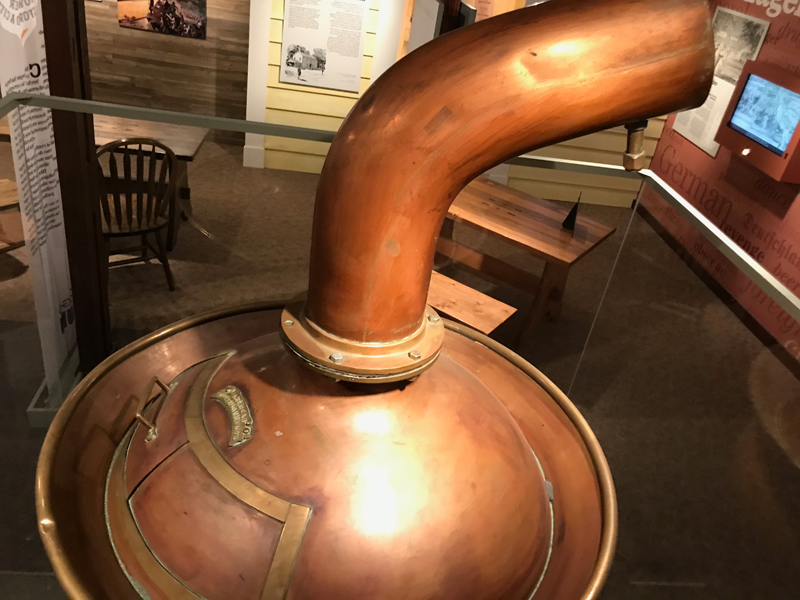 "Now that we’ve launched the Beer History + Culture Project and are working with organizations across the country – we just hosted a slew of events in D.C. with Heurich House, the Smithsonian’s National Museum of American History and President Lincoln’s Cottage and will be in Seattle all of September – these partnerships are a top priority. Plans for the physical Chicago Brewseum continue throughout all of this."

Expect to hear more about the Brewseum as it continues to foster its existing relationships with Milwaukee and create new ones. In the meantime, hop down south for a taste of what’s to come by visiting "Brewing Up Chicago" at the Field Museum.