Beer garden season is here. Here's when local beer gardens will open their taps for the challenging 2020 season.

As area cities plot to make streetside dining more available as a means for reopening struggling restaurants and bars, Milwaukee-area beer gardens have come back online. Here's the latest news:

The dog- and family-friendly Baaree beer garden in Thiensville is open, serving food and froth, as well as live music and trivia nights. Opens at 2 p.m. daily, except Mondays.

The Deer District beer garden at Fiserv Forum is open for the playoffs with social distanced seating, a giant screen to watch the game and food delivered to your table courtesy of Cream City Cluckery. Learn more about the experience here.

Estabrook Park Beer Garden has reopened with its regular hours, noon to 10 p.m., much to the relief of its many fans.

The Landing at Hoyt Park in Wauwatosa is open for on-site quaffing.

Beer garden at Hoyt Park is now fully open and an employee said the pool should be open by Monday. @CountyParks @LandingatHoyt pic.twitter.com/OrmIrrEpyO

Extended seasons have been announced for South Shore Terrace in Bay View, which will switch to fall hours on Sept. 28 and remain open until Nov. 1.

The Vine at Humboldt Park is closed for the season.

Kegel's Inn in West Allis is open Wednesdays through Saturdays. Details are here.

84South's owners and the nearby Brass Tap are collaborating on the new Lokal Beer Garden, at 84th and Layton in Greenfield, opened on July 9. Full details here.

The Public Table side of the West Allis Beer Garden is also open and hosting live music on the weekends. There's also craft beer and an upscale bar menu. More here.

Sprecher opened its Glendale Outdoor Oasis and more details on that can be found here.

The Tosa Village Beer Garden outside Buckatabon on State and Harwood has reopened and is operating weekdays from 2 until 10 p.m. and weekends, 10 a.m. until 11 p.m. More info here.

Milwaukee County's two Traveling Beer Gardens, operated in partnership with Sprecher Brewery, started their delayed seasons, having canceled only the initial stops on each of the tours. In late August, the County Parks announced that the beer gardens would be extended.

The Pass Me a Pint tour will visit Cooper Park on Sept. 19-20. The Roll Out the Barrel Tour, currently at Juneau Park, has been extended and will now end on Sept. 27.

"Sprecher is once again excited to be part of the Traveling Beer Gardens with the Milwaukee County Parks," said Sprecher Chief Commercial Officer Jim Kanter.

"It is a great, longstanding tradition in the Milwaukee area which brings people together in our great parks system during the summer. We look forward to people getting out and enjoying the delayed start to the summer season in Milwaukee."

Sprecher is launching a new limited release brew, too, as the first in a new Inspired by Parks series, available in cans at local retailers. The Grant Park honey lager was inspired by the 1892 South Milwaukee farmhouse that is now home to the Grant Park Golf Clubhouse. A portion of the proceeds will benefit Milwaukee County Parks. 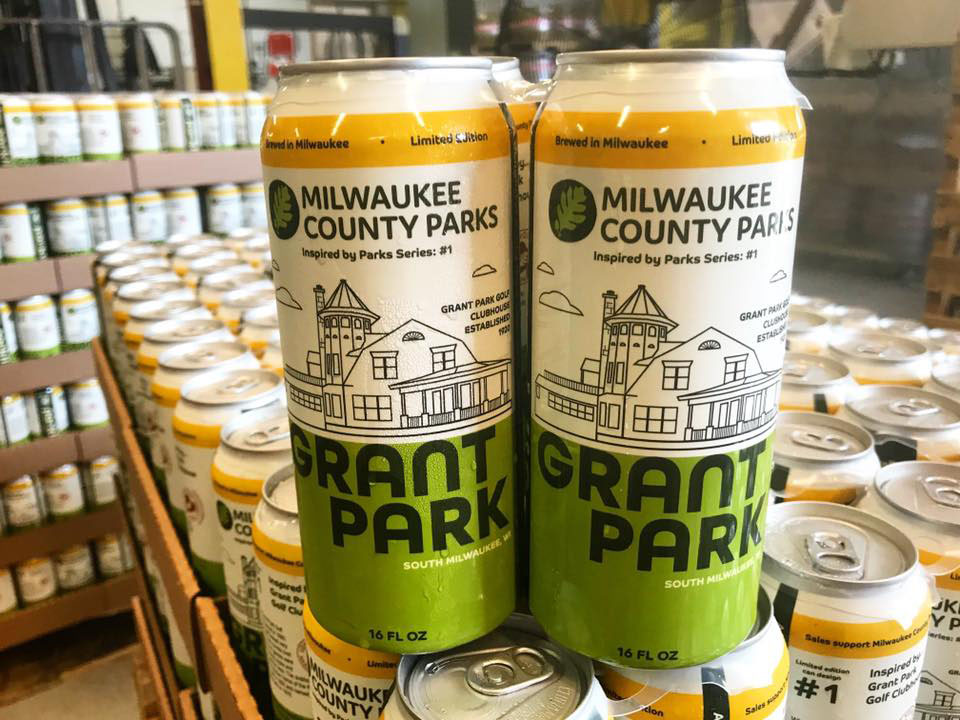 Whitnall Park Beer Garden in Greendale is open 4-10 p.m. on weekdays and 11 a.m.-10 p.m. on weekends, with last call at 9 p.m. Two more beer trailers have been brought in to help ease lines of patrons waiting for beer. There are 24 beer lines, with beers from local brewers including MKE Brewing Company, the nearby Explorium Brewpub, Eagle Park Brewing, Good City Brewing, Sprecher Brewing Company and MillerCoors.

The season has been extended at Whitnall Park, which will remain open until Sept. 27.

Please be safe so that we help keep each other healthy and so that we don't have to shut it all down again.