Recently, I took my kid to Chicago for a fun little getaway that I hope also served to encourage an interest in architecture and design. While we were there, we kinda ate some donuts, too.

Recently, I took my kid to Chicago for a fun little getaway that I hope also served to encourage an interest in architecture and design. While we were there, we bonded over LEGOs and skyscrapers, but also, over delicious donuts.

It started, unexpectedly, when we checked into the Hyatt Magnificent Mile and concierge Jan Viscum gave us vouchers for a free donut at Do-Rite Donuts & Chicken, next door at 233 E. Erie St.

Yeah, we ate and enjoyed delicious and hearty and huge chicken sandwiches and fries for lunch. But, first, we ate these babies while we waited for our food... 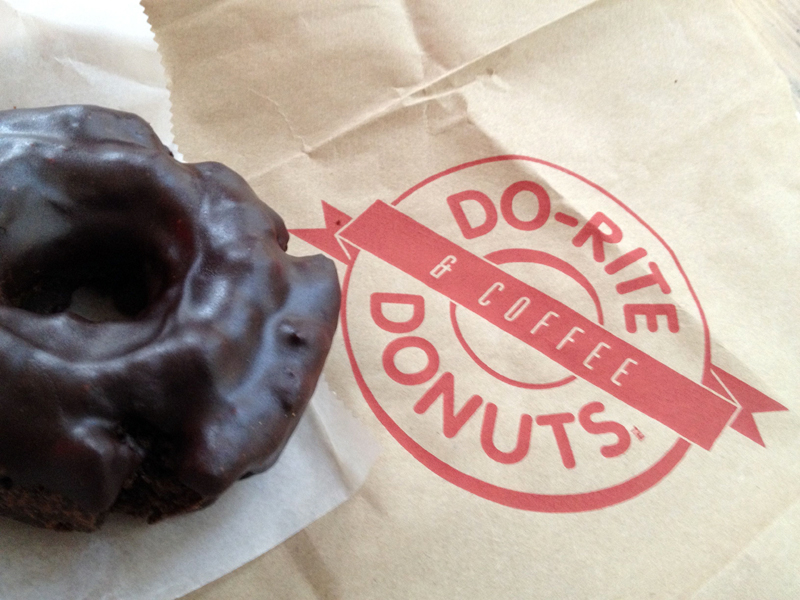 Incredibly moist chocolate cake donuts, slathered in a fudgy chocolate sauce. Yup, we ate dessert first. And we'd do it again. If the sandwiches hadn't been so huge, I might have been tempted to have another of these donuts afterward. This was one of the best donuts I've ever had.

Next time, I hope the bin marked "Nutella paczki" – I kid you not – isn't empty.

The following morning, we headed a few blocks north to Glazed & Infused in the lobby of the Raffaello Hotel. It's a tiny space, with a single small table, a little counter with coffee and a spread of alluring donuts and, well, that's about it.

But it packs a wallop in terms of flavor. We ordered these: 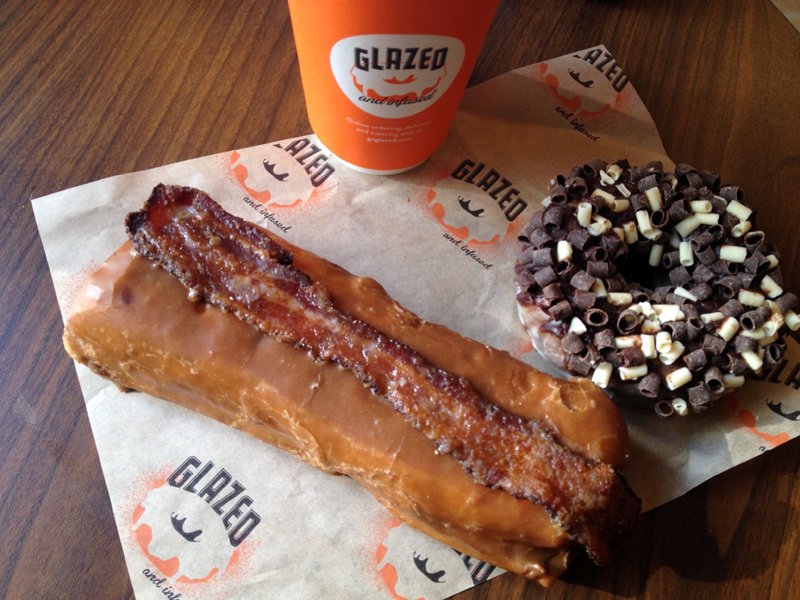 On the left is a glazed long john with a strip of candied bacon across the top. Unlike the State Fair chocolate covered bacon on a stick – which I think is two great tastes that seem to cancel each other out – this is a delectable, bacon-y treat, sweet and salty and insanely sinful.

That glazed donut with the chocolate shavings was pretty darn delish, too.

Between donuts, we ate dinner at Level Two in the Hyatt Mag Mile, which is casual and intimately proportioned. As a bonus, it also has a great craft beer menu that specializes in small brewers from the Chicago area (though some Wisconsin beers are represented, too).

While I was enjoying the chicken pops, the restaurant's unusual take on wings, trimmed and covered in a mildly tangy soy-ginger chili sauce and toasted sesame seeds ... 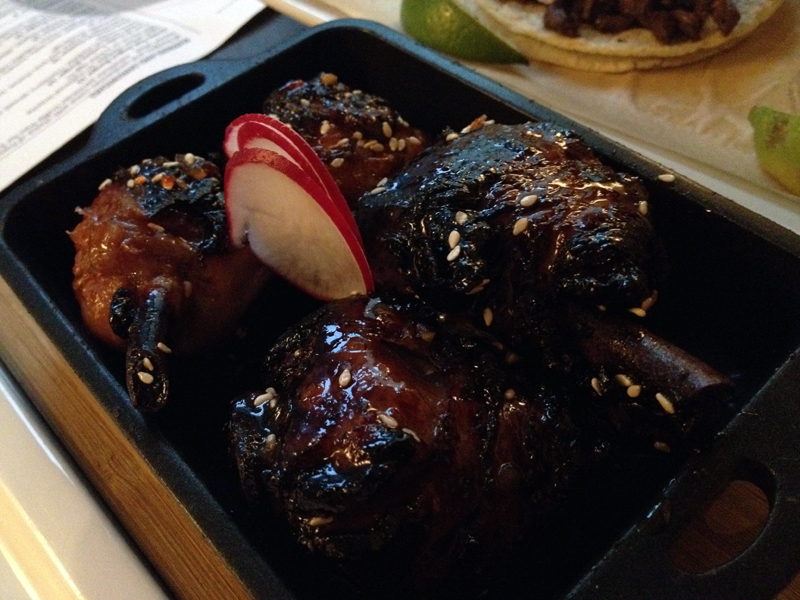 ... food and beverage director Lucas Ziegler, an ex-pat Milwaukeean, brought over a flight of extremely varied Chicago brews to get my opinion and to show off the impressive depth of the restaurant's craft beer offerings ... each was better than the last. 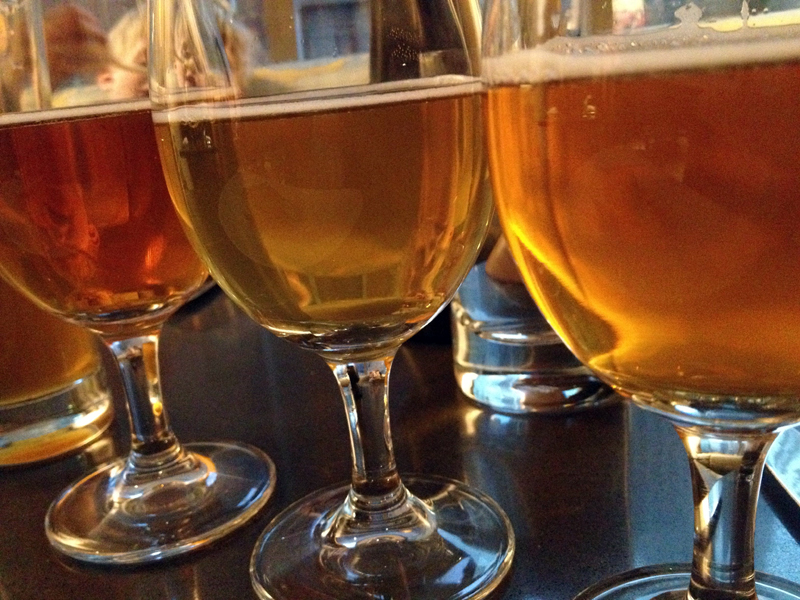 Don't worry, those glasses are "flight" sized, not full-sized, though unlike the donuts, I didn't have to share with my kid.