In honor of National Fried Chicken Day - the most flavorful of all the holidays - here's part one of our 2015 two-part fried chicken challenge, pitting West Allis' TomKen's against Shorewood's Nino's Southern Sides. Who wins?

Five OnMilwaukee editorial staffers indulged at both places and with a final vote of 3-2, Nino's crunchy battered chicken edged out TomKen's version. Here's what we had to say...

Ah, fried chicken. What isn't to like about the crispy deliciousness? When I first tried Tomken's last year, I thought I may have died and gone to heaven. But then ... I tried Nino's. I am so torn between them both – and would have no problem eating them both till I actually go to chicken heaven. Both are crispy, juicy, flavorful and not at all greasy – though I have to give a slight edge to Nino's for the distinctive taste of the south in the breading. Call ahead for your order – and don't forget the greens and peach cobbler. And TomKen’s, I'll be in again soon. 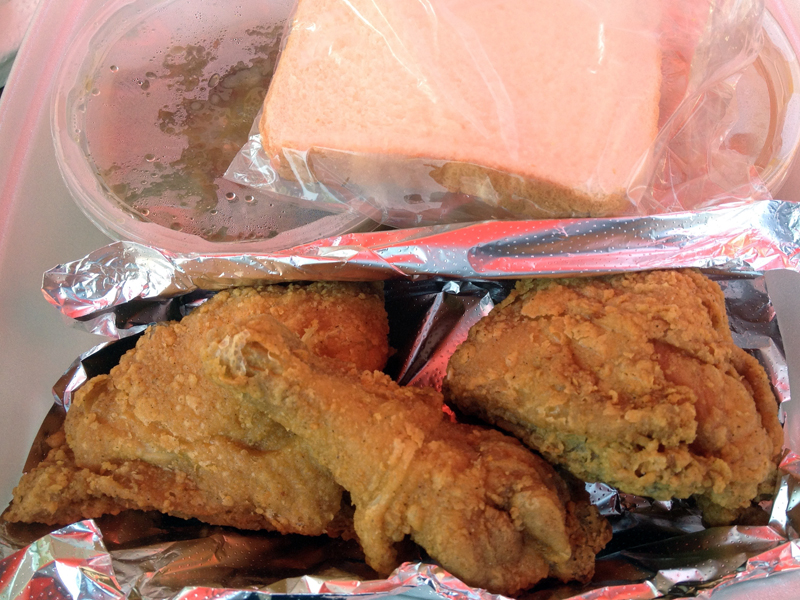 For me, fried chicken is about maintaining a balance between moist, tender meat and a gorgeously crisp exterior. Both TomKen’s and Nino's have their bases covered in that respect – with both producing an end product that I'd be happy to eat again and again. In the end, however, what won me over was the slightly saltier, more pronounced seasoning in Nino's chicken ... an element I couldn't overlook when it came down to making a final decision.

I’m not much of a fried chicken person, so congratulations to both TomKen’s and Nino’s for their collective effort in turning me into a convert. Both were meaty, juicy, flavorful and left me picking away at the bones for whatever tiny leftover chicken meat might be there like it was my first meal in years. It’s not easy to pick one over the other – the salty kick of Nino’s or the cozy, classic chicken flavor of TomKen’s – but I’m going to go with the latter. It was just a touch meatier, a touch crispier and a touch more crave-worthy. Between the two meals, however, the real winner was my stomach. 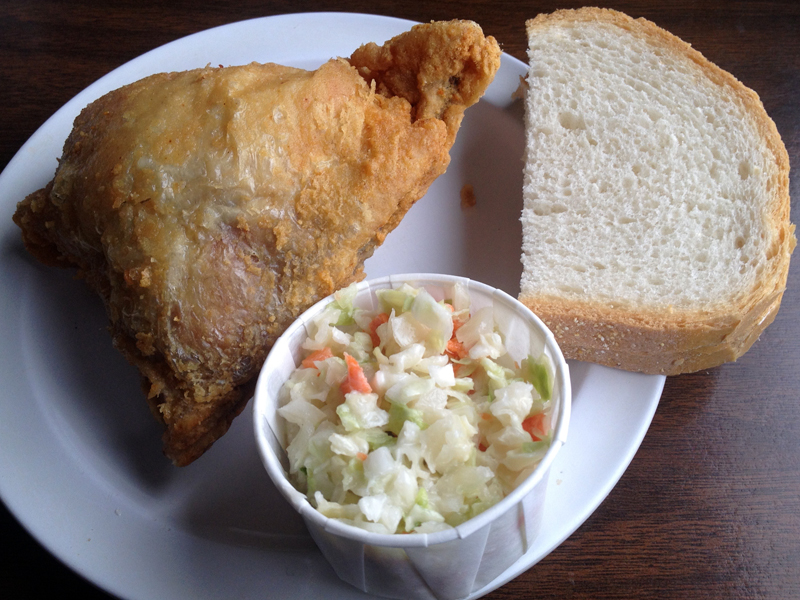 Although I found Dino's fried chicken to be finger licking delicious, my vote still goes to TomKen’s because it's a flawless classic. It's not fancy, but it is exactly what fried chicken should be: soft and succulent meat with a crispy and seasoned skin. The cole slaw – also a simple and flavorful classic recipe – along with the fries and bread and butter serve as the perfect complements to this tasty and time-honored chicken dinner.

Can I choose both? No, I know I can’t. The problem here is that while both places dish up fried chicken, each makes a different style. TomKen’s is juicy and delicious, but so is Nino’s, which also clearly brines its chicken, giving it a nice dash of salt. And Nino’s also uses a thick batter that creates that kind of crispy, sinful crunchy outer coating that I enjoy as much as the meat itself. Therefore, I’m voting Nino’s, though while also highly recommending TomKen’s.