A brewery with a view: City Lights Brewing Company

Among the myriad breweries opening in Milwaukee in the next few months, few are more breathtaking in terms of location than City Lights Brewing Company, which is expected to open in late summer or early fall in the Menomonee Valley.

Among the myriad breweries opening in Milwaukee in the next few months, few are more breathtaking in terms of location than City Lights Brewing Company. It is expected to open in late summer or early fall at 2200 W. Mt. Vernon St. in the former Milwaukee Gas Light Co.'s red brick water tower.

City Lights Brewmaster Jimmy Gohsman says he developed an appreciation for craft beer during his college days in Colorado. "I started out like a lot of homebrewers do," he explains. "I bought a kit for my first batch, but in no time, I began making beer using my own recipes."

He homebrewed for seven years and, as he did, he grew increasingly interested in the science of brewing.

"I’d always bring back growlers with me when I came home for Christmas," he says. "And everyone enjoyed what I was making. Eventually, we started to talk about starting a brewery." 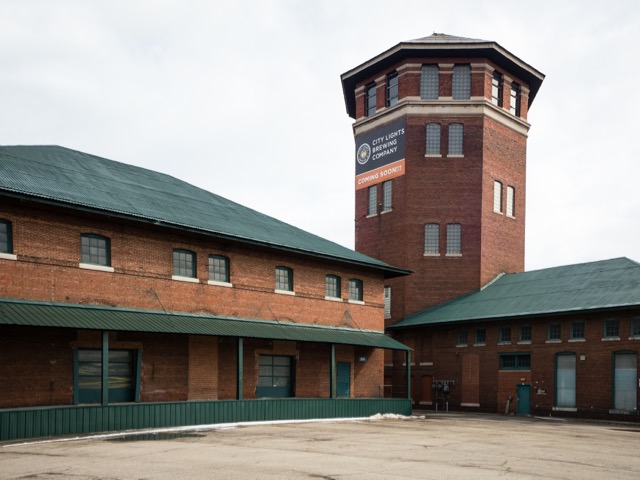 After moving back home to Oconomowoc in 2011, all four Gohsman brothers began pooling their resources. Jimmy led the charge on recipe development and production. Andy, a trader on the Chicago Mercantile Exchange, assisted in sales and marketing decisions for the company. Meanwhile, Robin III, also a trader on the Chicago Board Options Exchange, functioned as the company’s president. And Tommy, who had made his mark on the Madison restaurant scene, lent moral support.

Their father, Robin Jr., also lent a hand wherever necessary. 4 Brothers Blended Beer Company launched in 2013, brewing at Sand Creek in Black River Falls. In 2014, it partnered with Johnson Brothers for distribution of its product.

"We brewed 5,000 cases in the first two months after distribution," Gohsman notes. "And sales continued strong. All along, the idea was to launch a brand, establish distribution and then eventually launch our own brewery."

And that’s exactly what they did. In 2014, Jimmy completed the American Brewer’s Guild Intensive Brewing Science & Engineering program in Vermont. By 2015, the family ceased brewing as 4 Brothers and began the hunt for a location for its new brewery.

In December of 2015, they signed a lease on two buildings in the historic Milwaukee Gas Light Co. complex. The series of buildings, which were designed by Alexander Eschweiler in 1902, housed retort furnaces that converted coal to natural gas through a process called "gassification." The gas was then distributed throughout an underground grid that supplied gas to Milwaukee's street lamps. 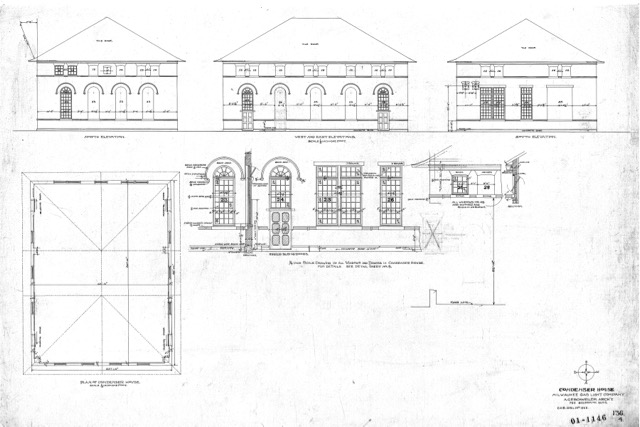 And from there, City Lights was born.

"Once we found out the history of this place, we really wanted to honor and embrace it, while differentiating ourselves from other breweries," notes Jimmy, who says the pursuit of investors followed closely behind.

The once family-owned brewery is now a corporation with a board and multiple investors. The entire family is still involved in varying capacities, but primaries include Robin Gohsman Jr. as the CEO and Jimmy as brewmaster and "man on the ground" during brewery development.

ADK Design and Rinka Chung Architecture have been contracted for the design of the space. The complex’s red brick water tower will house brewing operations and a tasting room. Meanwhile, the neighboring building will house additional production equipment, canning and kegging lines and a lab, which will be run by former brewery quality control expert and owner of Top Note Tonics, Mary Pellitieri. 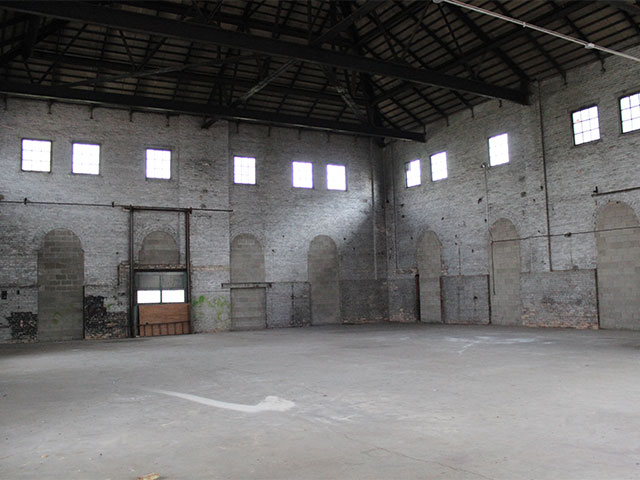 "The raw beauty of the space is really what struck us first," Jimmy notes. "There’s a lot of corrugated warehouse space in town, but we fell in love with the architectural features and design of this space. And it was a really big bonus that it contained the high ceilings, and wall-to-wall open space would actually work to accommodate a brewing operation." 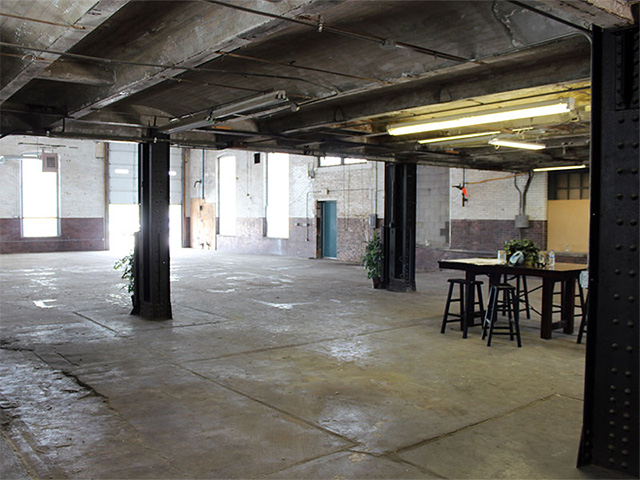 A tasting room, located on the first floor, will be adjacent to brewing operations and separated by a bar, as well as glass windows and doors. It’s expected that the bar will feature around 12 tap lines that will include core, seasonal and experimental brews along with guest taps from other Milwaukee-area breweries.

There will also be additional seating on the mezzanine, which will give a bird’s-eye view of the brewing area. A porch on the outside of the mezzanine will offer a river view above the outdoor beer garden. 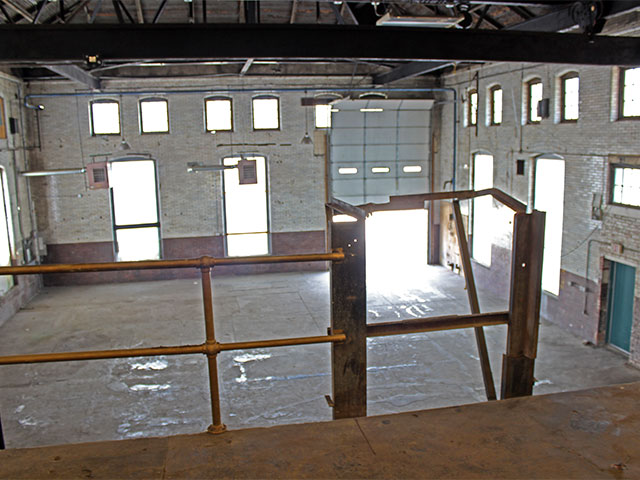 Meanwhile, an outdoor beer garden on the south side will offer open-air beer swilling, complete with a fire pit, seating and a picturesque view of the river. A Bublr station – the first in the Menomonee Valley – will also be installed near the entrance of the building. 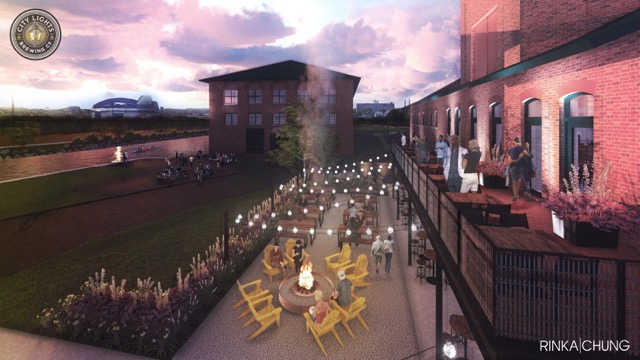 Much of the raw structure of the building, as well as historic details, will remain intact, including glazed brick walls, which were made by Tiffany Glass Company, and Carnegie steel support beams, one of which is rumored to be signed by Andrew Carnegie himself. 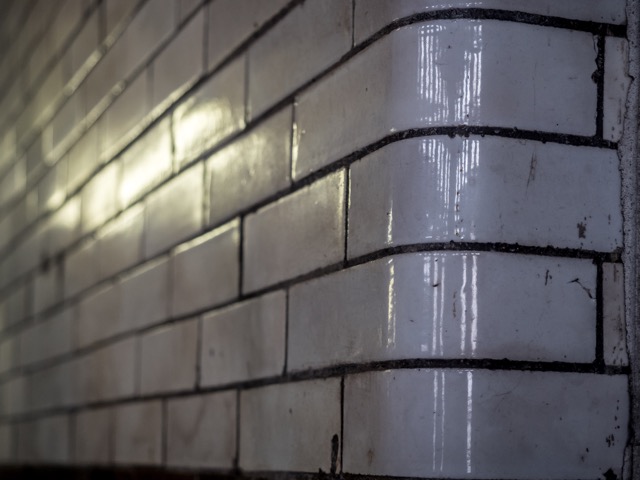 "We want you to walk in and feel like you stepped back into the early 1900s when the buildings were built," says Jimmy. "The goal is to really accentuate the original features."

Moving forward, additional floors in the brick tower will be used for various purposes. The second floor will become a barrel-aging room, with additional floors being used for event spaces, offices and potentially even a restaurant. 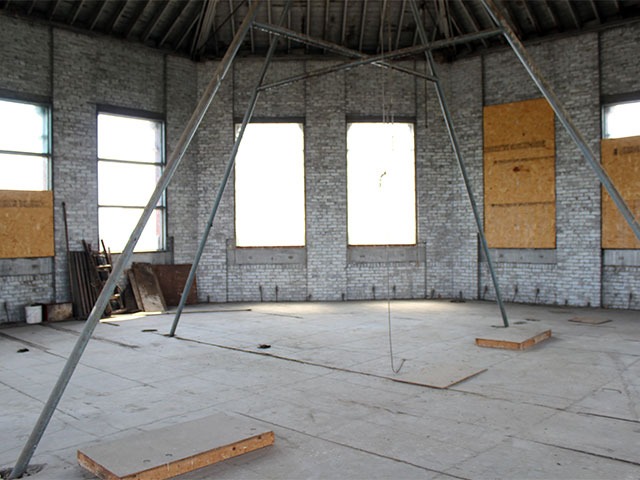 The goal for the top floor, which offers stunning views of the Valley and beyond, is to remodel it to function as a taproom. 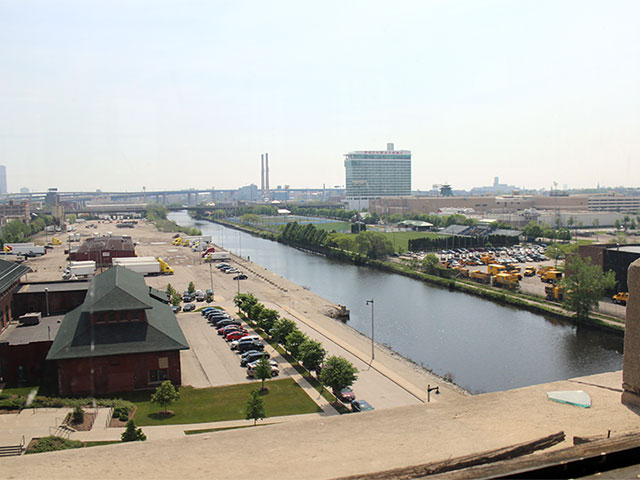 City Lights will launch with four beer styles: an IPA, a Session IPA, an Amber and a Brown Ale. From there, Jimmy says, the brewery will expand to include additional styles, experimental brews and small-scale barrel aging.

"I’m a huge hop guy," he admits. "I love experimenting with different hops, different techniques, different rates. So, once we’re running, you can expect to see a lot of variations on IPA."

"We won’t be naming our beers," Jimmy explains. "Instead, we’re going to let the beers speak for themselves and the City Lights brand remain front and center. Colors will differentiate each beer in terms of design and packaging."

Jimmy notes that City Lights hopes to have beer in its tanks by late August.

Spike Brewing will build a new facility on Holton Street