Colectivo to open burger and ice cream eatery in Shorewood

The owners of Colectivo Coffee are hoping to open a new burger and ice cream joint in Shorewood by the end of the summer. According to Colectivo Director of Marketing Scott Schwebel, the decision to expand to this new concept for the coffee company evolved almost serendipitously.

The owners of Colectivo Coffee are hoping to open a new burger and ice cream joint by the end of the summer. According to Scott Schwebel, director of marketing at Colectivo, the decision to expand to this new concept for the coffee company evolved almost serendipitously.

"We had been toying with the idea of ice cream – which is fun for kids big and small – and then this lonely building happened to come along in Shorewood that needed to be reinvented and it motivated us to really start planning," says Schwebel.

If approved by Shorewood's Community Development Authority on April 8, the restaurant will be developed inside a remodeled version of the building at 4144 N. Oakland Ave. which was formerly a Verizon Wireless store. 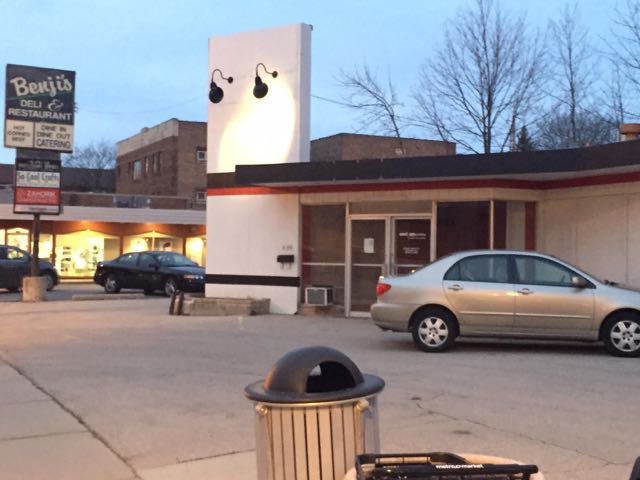 "We think it’s going to be approved," says Schwebel.

The goal of the business is to provide what Schwebel calls a "counterpoint" to the large Metro Market across the street that opened earlier this year.

"This will be a more intimate, easy to engage with, pedestrian friendly restaurant," says Schwebel.

Schwebel, as well as Colectivo owners Paul Miller, Lincoln Fowler and Ward Fowler, all have connections to or roots in Shorewood. Currently, they own 13 Milwaukee-based cafes and three in Madison.

The restaurant – which has a yet-to-be-shared name – is also a nod to the long-running Baskin-Robbins which stood directly to the north of the building until 2010.

"It’s one of the reasons why we are making ice cream, not custard," says Schwebel. "There are plenty of places to get custard here."

The ownership group also are hoping to serve homemade sodas and beer. "We all care a lot about Shorewood and think this is going to be a really wonderful fit," says Schwebel.