Cobalt Glassworks adds more luster to an East Side gem

A while back I had the pleasure of exploring the 1876 cream city brick house at 1363 N. Prospect Ave. Designed by architect James Douglas, for grain broker Gilbert Collins, the house has since been converted to office space, but it retains many of of fabulous details. The other day, Cobalt Glassworks' Jon Schroder sent me some photos of newly restored vintage windows from Collins House.

A while back I had the pleasure of exploring the 1876 cream city brick house at 1363 N. Prospect Ave. Designed by architect James Douglas, for grain broker Gilbert Collins, the house has since been converted to office space, but it retains many of of fabulous details.

You can read all about it in this urban spelunking article.

The other day, Cobalt Glassworks' Jon Schroder sent me some photos of newly restored vintage windows from Collins House.

The leaded glass windows have a beautiful arts and craftsy floral motif. The maker, Schroder says, is unknown. Nor is it clear if they are original to the house or if they were added later.

"These windows have such a unique design, " he says. "They are unlike the signature styles of past artists that I am familiar with. 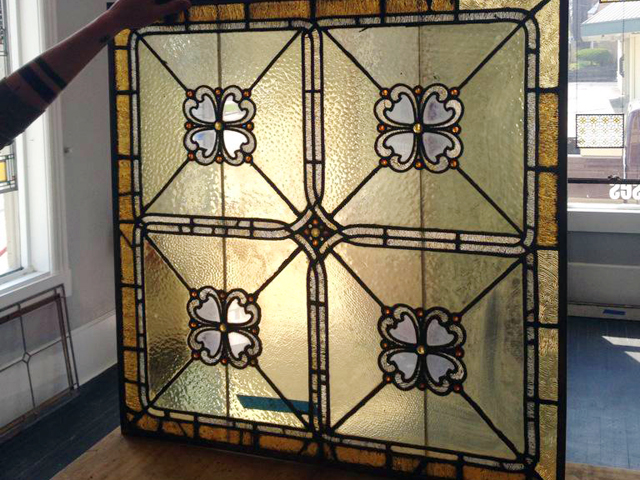 "We have been pulling a few out at a time, starting last summer," he says. "We have completely restored four so far. From start to finish, each window takes two to three weeks to complete."

Schroder says the work has been challenging because there have been numerous condition challenges that have blossomed over the course of nearly 140 years.

"All of the windows have had badly broken pieces that needed to be replaced, which is difficult to do with glass that old, but we have a collection of antique glass, as well as new glass made to look like older style glass.

"They are also bowing because of their weight and age, and need to be flattened carefully and have reinforcement bars added to prevent this from happening in the future." 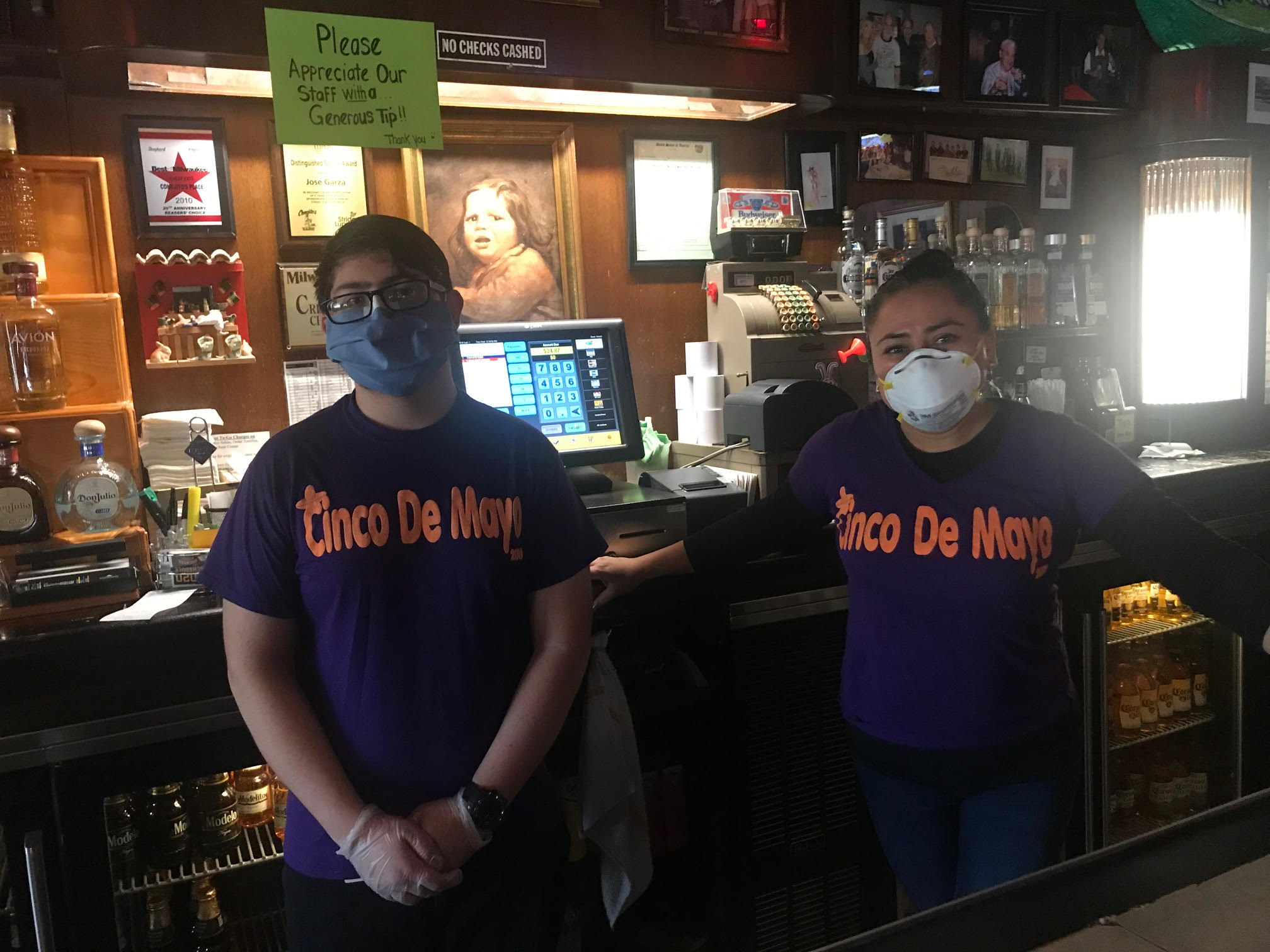 He also described the restoration process for me:

"Once they are flat, and the broken pieces have been replaced, we re-putty the window, since a lot of the original putty that holds the glass in has cracked and fallen out. Lastly, we pull off the old lead frames, and solder on bigger, less flexible zinc frames. The original sashes then get routed out to accommodate the bigger frames."

Schroder says that in addition to its restoration work, Cobalt has been creating new windows, too.

"The big project we've been working on for a while is a set of around 30 new, custom windows and panels for a home on Terrace that has been restored over the last few years, and has had an addition put on. Cobalt has been designing and fabricating new windows, and door and cabinet panels throughout the home."